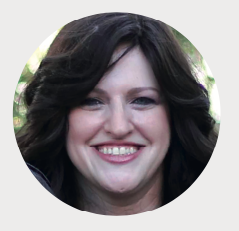 It isn’t often that an email from Microsoft arrives in my inbox containing a profound theological lesson.

But that’s exactly what happened
the other day.

In the quarterly magazine business, we plan relentlessly. In August we are already contemplating Chanukah, and as we light the Chanukah candles, thoughts of the Seder are on our minds. By working months in advance, we give authors time to research, observe, reflect and comment. And so when the pandemic first surfaced in March 2020, our writers were deep into preparing the summer issue. It wasn’t long before we realized that certain articles would have to be pulled and new articles assigned. The question was: What would resonate in three months? With things changing so quickly, what would the world look like even the following week? We had no idea.

Over a Zoom call, members of our Editorial Committee discussed and deliberated. Thankfully, our cover story “Great Summer Reads” —comprised of brief essays where readers share their favorite books—was remarkably relevant; facing a summer of social distancing and quarantining, everyone was reading again. We did, however, decide to pull a few major pieces, and therefore spent endless days—and often nights—working with writers to fill the space with timely articles ranging from “The Corona Diaries” to “Jewish Mindfulness.”

But especially in the early weeks of the pandemic, the uncertainty was jarring. Living in the twenty-first century, we often harbor the illusion that our lives are firmly in our control. But in so many ways, the pandemic has shown us that life is an uncertain business, that we can try our best to plan and predict, but ultimately, we are not in control.

If Covid-19 has taught our post-Enlightenment, highly secularized world one thing, it is this: science is a poor substitute for religion—it is fallible and flawed, just like the human beings who study it.

Grappling with a shattered global economy in the first few months of the pandemic, shaken McKinsey professionals expressed their genuine bewilderment at a world in which predictions no longer worked: “Finance professionals are used to accuracy, consistency, and relatively predictable planning cycles . . . Few have probably encountered the degrees of uncertainty they’re experiencing now.”*

“Consistency,” “predictable” and “forecasting” are terms our ancestors 300 years ago probably wouldn’t have understood. Accustomed to plagues, floods, disease and physically difficult lives, they recognized their own vulnerabilities and were well versed in the precarious nature of human existence. Earlier generations of Jews would be genuinely perplexed, confounded even, by our agitation over the loss of certainty. To them the inexplicable and insecure nature of life was a given.

As I write these lines in March 2021, the pandemic is, with Hashem’s help, winding down. With the eventual vaccination of the population, there is hope that we can soon resume “business as usual.”

But do we really want a complete return to “business as usual”? I recall the early days of the pandemic, when reading the daily newspaper, I almost felt as if I were reading a sefer. The sense of awe was palpable. How could a microscopic virus—barely visible to the human eye—leave bustling, economic powerhouses around the world—London, Paris, New York—financially devastated, forlorn and desolate? Hashem’s presence was so obvious. Remarkably, even the Wall Street Journal ran an opinion piece that called for religious revival and “repentance.” “Great struggle,” the writer stated, “can produce great clarity.”

Which, of course, is true. The pandemic—at least in the early days (before we grew acclimated to our strange new lives)—caused us to think and reflect. Some days it caused us to daven harder, to re-direct our lives in a profound way, to see Hashem’s presence not only in the global pandemic itself but also in the small, minute details of our lives.

Which brings me to Microsoft.

When my personal laptop started freezing incessantly, a local IT guy recommended I replace the drive. Anxious about losing my data during the replacement, I purchased another back up program in addition to the one provided by Microsoft—just to be doubly secure. But shortly after the second back up program was installed, I realized I had made a big mistake: only a select few files were being backed up. Now neither back up was working. I envisioned decades’ worth of personal files, precious photos and memories simply disappearing. Agitated, I emailed Microsoft.

I received a response the following day:

We do not recommend using two back up services at the same time as they will conflict.

About to shoot off an angry response, I suddenly stopped.

I realized I was trying too hard.

The musar in the email was clear—while I tend to be a “two-back-up” kind of person, I needed to accept that one back up program is enough. I had to suppress my natural inclination to prepare for every possible eventuality. Trying to wrestle too much control, I realized, does not work and can even backfire. I recalled the level of bitachon discussed in Chovos Halevavos: a trust that leads to “a heart at rest, free of worldly cares, a tranquil spirit, . . . a sense of calm, security and peace.”

I cancelled the second back up. Once the program was eliminated, Microsoft’s back up program began working again. I felt a sense of relief. But I had also learned something in the process: I needed to sit back, relax and let God run the world. I needed a reminder that I am not in control, that life is meant to be lived with a level of uncertainty.