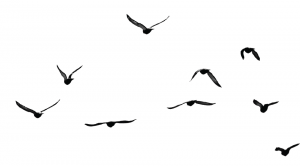 It began as an ordinary Shabbat morning. Shacharit services of a small Modern Orthodox congregation in the Greater New York area—it lacks its own building—were taking place in a living room earlier this year. A few dozen men and women were sitting on wooden chairs, separated by a makeshift mechitzah. At the front of the room, a member of the congregation, standing at a homemade shtender, was delivering a devar Torah on that morning’s parashah about the enigmatic reactions of Moses and Aaron to the deaths of Aaron’s sons in a Divine flash after offering an “alien fire.”

Then the morning turned extraordinary.

While the congregant spoke about the difficulty in finding meaning in a child’s death, a visitor sitting on an aisle seat in the men’s section spoke up. “We lost a soldier.” His son, he said, challenging the lay member’s message about the difficulty in accepting death. The room turned silent. The visitor, Rabbi David Levy, a native of West Virginia, who had served as a pulpit rabbi in the United States and Canada before making aliyah in 1996, described the “clarity” of God’s involvement in the death of his son, Noam Adin Rechter Levy, on a counter-terrorism mission in the West Bank in 2009.

The rabbi, dressed in typical Israeli style—white shirt, black pants, no tie or jacket—elaborated on the differences he had found between the ways that Israelis and North American Jews deal with death. In his experience, Israelis, especially those from the Sephardic community in northern Israel that he lives in—though Rabbi Levy himself is an “Ashkenazi shomer Shabbos” rabbi with ordination from Yeshiva University—are more comfortable with loss of life, he said. Most Israelis have experienced a relative’s death in army service. They are more likely to accept death as a natural part of God’s creation, Rabbi Levy said.

The culture of most North American Jews, including much of the Orthodox community, he said, struggles to find an individual’s death as part of Heaven’s plan.

The lay member at the shtender, shaken by the unexpected confrontation, deferred to Rabbi Levy, offering to end his devar Torah. At the rabbi’s insistence, he quickly finished.

After services, the two strangers talked in the kitchen while the rest of the congregation shared a kiddush in the living room. They parted with a hug. Then I stepped in.

I asked Rabbi Levy to further explain the differences he saw between the Israeli approach to death and ours. He did. Then he offered more details about Noam’s life and death.

Noam, twenty, had been home for a month-long visit before he fell in battle. He came out of his bedroom one morning and said he had heard the sound of wings fluttering during the night. That, according to Kabbalah, is a warning of death in a month’s time. Then, thirty days later, Noam took an accidentally discharged bullet in his head from the rifle of his unit’s deputy commanding officer who was struggling with a Palestinian terrorist. Noam died instantly.

I was stunned. I could not imagine living with that on my conscience. I thought about the commanding officer.

“How,” I tentatively asked Rabbi Levy, “did the officer go on living without being wracked by guilt?”

“My wife and I adopted him,” Rabbi Levy answered.

Not literally. But Rabbi Levy, and his then-wife—he has subsequently divorced and remarried—took Amit (the IDF never releases the full names of soldiers in such cases), into their home and into their hearts. They invited him to lead a Mishnah study session at the sheloshim ceremony at the end of the month of mourning. They invited him to meals. They lobbied for the army to retain Amit, advice the army rejected. He, and other members of Noam’s unit, attend the annual azkarah ceremony in Noam’s memory.

Is this not the ultimate act of forgiveness, the epitome of one of the themes of the High Holy Days?

“Not at all,” Rabbi Levy said. Amit, who now works in the construction business, had nothing to apologize for; Amit had followed standard army protocol in pursuing the terrorist. “He had done nothing wrong. Our approach was completely and totally detached from forgiveness,” the rabbi said. “There was absolutely no need for forgiveness. In fact,” continued Rabbi Levy, “we are grateful that, since Hashem had already determined that Noam was being recalled for more important tasks, the recall was done via a soldier of the Israeli army and not by an enemy soldier, an automobile accident, or any of the other myriad ways that Hashem has to recall neshamot [souls].”

No bitterness, no blame, no hidden resentment?

The rabbi answered this question immediately. “Not at all.”

I found this spirit as refreshing as it is rare. I asked Rabbi Levy if he would have any free time in the next few days to get together with me.

“No,” he answered. He was returning to Israel to officiate at Amit’s wedding.

Steve Lipman is a staff writer at the Jewish Week in New York and a frequent contributor to Jewish Action.