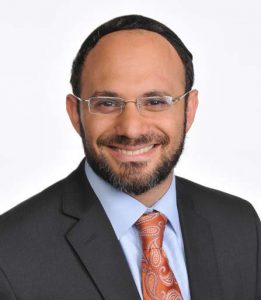 In recent years, synagogues around North America, especially in the non-Orthodox movements, have been struggling to find ways to keep their congregants engaged and their infrastructure financially viable. They have been facing significant attrition and there is increasing reluctance on the part of community members to financially support these institutions through dues and donations. In a 2010 article entitled “The Cost of Being Jewish” that appeared in Newsweek, journalist Lisa Miller wrote: “American Jews have all kinds of choices about where to spend time and money—Jews no longer need a Jewish pool to swim in—and the buildings have become a burden.” This phenomenon, she claimed, has led to dues becoming “outdated as a business model and onerous to families.” She followed up with a 2013 Washington Post article aptly titled, “Young Jews Rebelling against Paying Dues,” in which she argued that synagogues need to do a better job showing the value proposition they offer to their members. The pandemic has greatly exacerbated this concern to the extent that a recent e-Jewish Philanthropy article posed the question, “What’s the price point at which quitting the temple becomes unnecessary?”

These articles point to an underlying trend of thought—shul is increasingly viewed as a place where one is a consumer and we must therefore reimagine the business model to ensure that the customer is getting a positive return on his or her investment.

From our vantage point at the OU, we have been concerned about the way attrition would impact shuls, especially during the pandemic. To be sure, in the Orthodox community, daily tefillah is and has remained a mainstay, continuing unabated throughout the pandemic. However, we worried that trends such as the proliferation of backyard minyanim and the lack of family social programming would draw members away from their established shul. This would have an especially negative impact on shuls with campuses that include ancillary venues such as schools and simchah halls with the attendant budgetary responsibilities that come with maintaining a shul campus.

Frankly, we were expecting a rash of shul closures around North America, especially once it became clear that in-person tefillah and programming would need to cease for an extended period. And, in fact, while these trends did not leave Orthodox shuls unscathed, as many are still concerned about their long-term viability, by and large, we have been pleasantly surprised—we did not see the anticipated rash of shuls being shuttered. The vast majority of shuls in our network and beyond weathered the pandemic and are cautiously optimistic about their recovery after Covid. In fact, we recently launched a $100,000 Challenge Grant to support congregations that are developing innovative programs to bring members back to shul and we received submissions from over 300 shuls. Thirty-five shuls with forward-thinking programs to bring members back to shul were awarded grants.

So what is the secret sauce that has kept Orthodox shuls from the brink of collapse even with circumstances seemingly conspiring against them? While there are many contributing factors, three elements stand out when analyzing the landscape of our network of shuls.

1. Siyata d’Shmaya (Heavenly Assistance). While these have been trying times, as believing Jews, we are buoyed by our unshakable belief that Hashem runs the world and is looking out for the anchor of our communities—the shul. The pasuk in Yechezkel (11:16) states, “Va’ehi lachem l’mikdash me’at—I have become for them a smaller sanctuary.” The Gemara in Megillah (29) interprets the words “mikdash me’at” as a reference to the shuls and batei midrash around the world. Hashem promised that the shul will always endure as the seat of His presence in our communities. Thus, the first and foremost reason for the resilience of our shuls is the continued support of Avinu She’baShamayim.

2. Shuls have stepped up during the pandemic. Even as shul buildings were shuttered, the shul communities have been more active than ever. Whether it has been food deliveries, Zoom shiurim, chesed campaigns, rabbis traveling on trucks with microphones to wish members a “gut Shabbos,” or innumerable other initiatives, shuls have gone above and beyond to ensure that they meet the needs of their members. While no institution is perfect, most shuls in our network leapt into action during the pandemic with plans to ensure that congregants would not lose connection with each other or with the shul.

3. A paradigm shift. The point mentioned earlier about people becoming more reluctant to pay dues is rooted in an attitude that views shul as a place where one goes in order to receive. At its core, this is a consumerist mentality. Much like a gym membership, this approach regards shul affiliation as a question of where I get the most bang for my buck.

Fundamentally, being part of a shul is not a sustainable endeavor if it is purely about what one receives. Through the contribution of time, financial resources, leadership skills or any other form of pitching in, shul becomes a way to express our inherent giving nature. Our communities are strong because there is a sense that belonging to a community means that you have an opportunity to give to others. Yes, shul is a place to daven, and yes, our needs are met through shul, but it is when members of a community focus on giving—as opposed to taking—that shuls are at their best. This pandemic has shown us that many members of Orthodox shuls are of the mindset that their connection to shul is an outlet for their sense of responsibility to others, and that approach has stood them in good stead through the Covid crisis.

The future vibrancy of our shuls depends on further strengthening this mindset. To the extent that we see our shuls as a place for us to make the community better, as opposed to a vendor that fulfills our communal and spiritual needs, our shuls will continue to thrive.

Rabbi Adir Posy is the national director of the OU’s Karasick Department of Synagogue Initiatives.

5 3 votes
Article Rating
This article was featured in the Fall 2021 issue of Jewish Action.