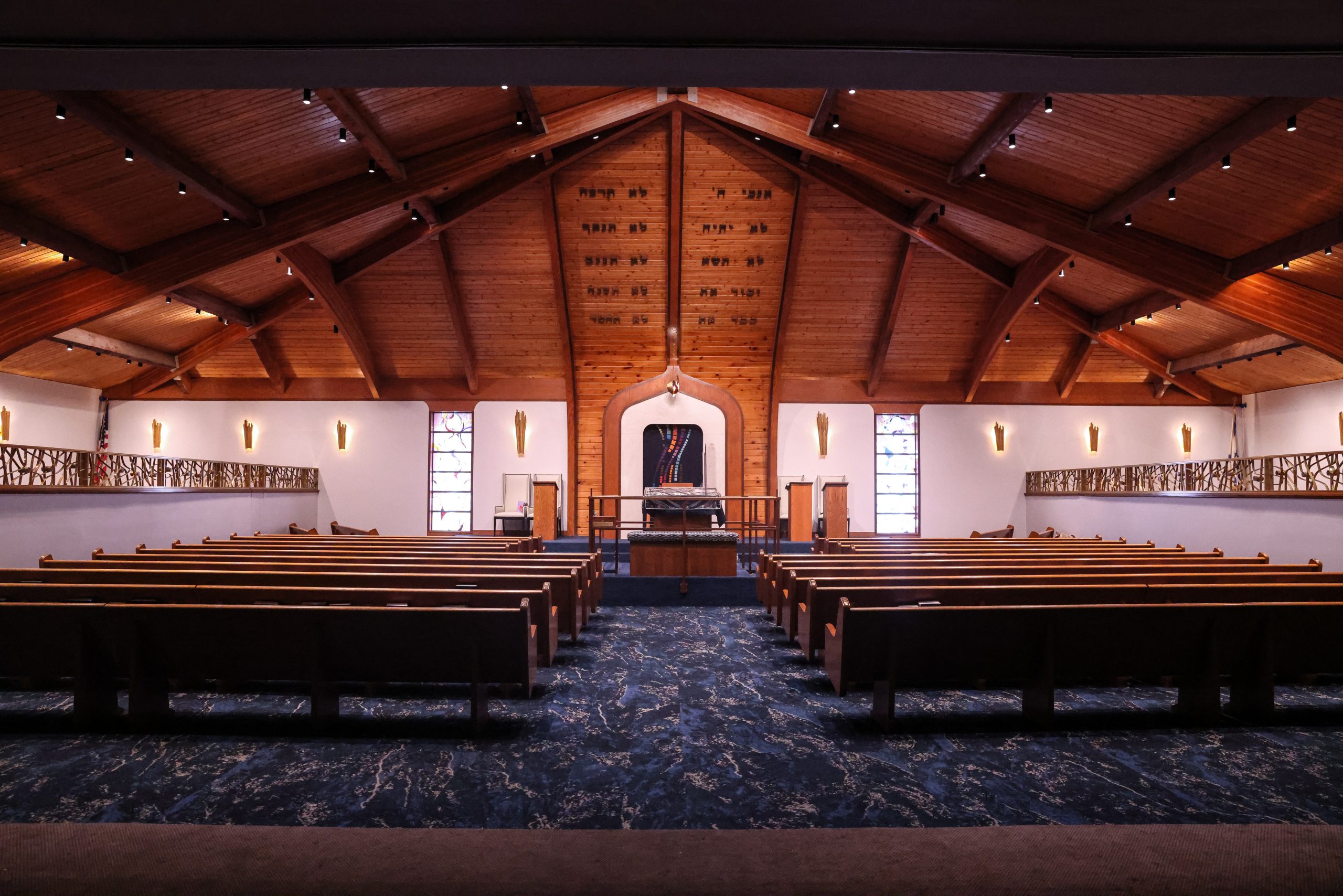 Consider the following thought experiment: If you ask a group of men which element of the main sanctuary influences their davening the most, you will probably get a variety of responses—the aron kodesh, the bimah, the seating, the lighting, et cetera. Very few, if any, will list the mechitzah as their primary concern. If you ask a group of women the same question, however, for a good number of them, the mechitzah will likely be at the top of the list.

A male synagogue board member and I were discussing the following hypothetical scenario: We are renovating the main sanctuary, and there is enough in the budget to upgrade either the aron kodesh or the mechitzah. Which do we choose? He argued that the aron is more important because it is the spiritual center of the synagogue. I countered that half the synagogue membership is staring at or through the mechitzah during the entire service. This is the portal through which they experience prayer. He responded that he had never considered the mechitzah in that light.

When one enters a synagogue sanctuary, the mechitzah sends an immediate visual message about the congregation’s identity and values. Hence, a new mechitzah is an investment in a synagogue’s future. In spite of its importance, replacing a mechitzah is one of the most difficult renovations a synagogue can undertake. Meeting halachic requirements, balancing diverse constituents’ needs, and covering costs are just some of the challenges a synagogue faces during a mechitzah replacement.

Congregation Shomrei Torah in Fair Lawn, New Jersey, recently completed the installation of a new mechitzah, a project that took two years from planning to completion. As I am passionate about carrying on the strong legacy of the shul as well as nurturing the growth of the Fair Lawn Jewish community, I volunteered to lead the mechitzah replacement effort. Playing a leadership role in the shul’s mechitzah committee was the perfect intersection between my communal interests and my professional expertise as a mechanical engineer and construction project manager. 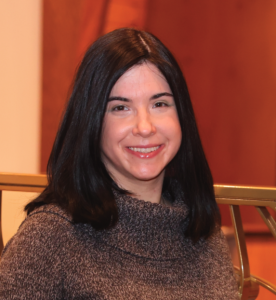 Aviva Oppenheim, an engineer and construction manager who oversaw the construction of a mechitzah at her shul in Fairlawn New Jersey. Photo: Josh Weinberg

My experience over the course of the synagogue’s mechitzah project validated the importance of women being actively involved in mechitzah design. While halachic criteria from the rabbinic leadership formed the baseline of our design, there were many non-halachic decisions the committee had to make in regard to mechitzah materials, aesthetics and form. Women’s voices played a large role in determining these criteria. The committee researched several options for materials, including glass, latticework and one-way screens. Each material presented pros and cons, which were evaluated. For example, although both latticework and glass were deemed halachically acceptable, there are major functional differences between the two materials. While latticework blocks some visibility, it easily lets sound through. Glass, on the other hand, provides clear visibility; however, the solid panels block some sound transmission. (Glass panels are also problematic for those women who need openings in order to feel a physical sense of connection to the prayer space; our experience with plexiglass barriers in the wake of the pandemic gives everyone a good opportunity to empathize with this perspective.)

Early in the project, I polled women in our synagogue to get a sense of which was more important—seeing clearly through the mechitzah or hearing well through the mechitzah. “Both” was the instinctive response I mostly received. Synagogue member Dr. Barbara Irwin told me, “Being in shul and not being able to hear the davening, the Torah reading or the rabbi’s speech marginalizes our experience as members of the Jewish community.” A good mechitzah design takes into account both clear visibility and good sound transmission, even though there is often a tradeoff between these goals.

When one enters a synagogue sanctuary, the mechitzah sends an immediate visual message about the congregation’s identity and values. Hence, a new mechitzah is an investment in a synagogue’s future.

Soliciting feedback from a wide range of synagogue members is the best way to make an informed decision about which design fulfills the functional needs of the constituents. Our synagogue ran a focus group comprised of women in the community; I know of another synagogue that sponsored a community-wide meeting. Some women sought me out to express a particular opinion about the mechitzah. Others did not express an opinion until they were approached, despite the fact that quite a few of them had strong opinions on the subject. This taught me how important it is to connect with the “silent majority” when making communal decisions.

Even within one synagogue, there are many perspectives on what makes an ideal mechitzah. My personal feeling is that a mechitzah with one-way visibility (e.g., privacy glass or screens) erases my presence in shul; if the mechitzah is opaque to the point where the men don’t even know whether women are there, I feel as if I might as well not be there at all. I learned, however, that there are women who prefer to see the men’s section while remaining invisible themselves. Some women prefer this because they desire a more private davening experience, others expressed having been stared at inappropriately by men in synagogue, and still others prefer it since they grew up with an opaque mechitzah and are more comfortable with it. 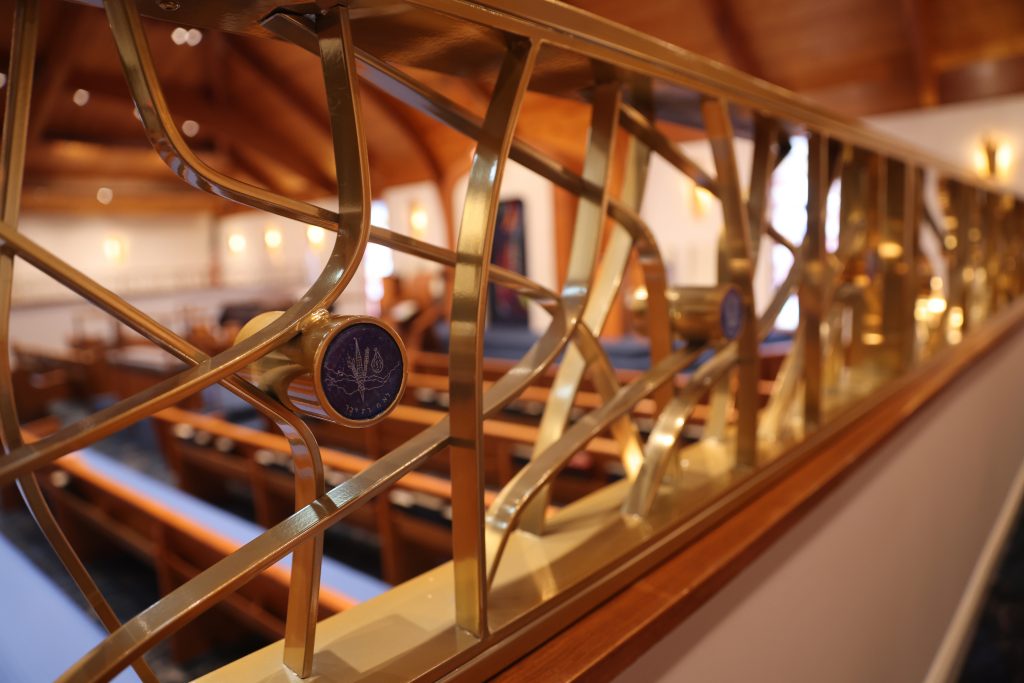 Tangentially, synagogues with opaque or one-way mechitzahs—or high balconies, for that matter—can improve the shul experience for women if the shul leadership asks the following questions: Does the women’s section have enough siddurim and chumashim? Are source sheets distributed to the women during shiurim? Is there a way to communicate with women who do not have a family member or friend in the men’s section so they can have their requests fulfilled for a Kel Malei or Mi Sheberach for a refuah sheleimah? All synagogues benefit by addressing these needs, but it is more critical to be mindful in spaces where women cannot easily make themselves heard.

As part of our research, we looked at different mechitzot across the US and in Israel, spoke to several mechitzah fabricators and evaluated our options. The consensus among committee members was that a latticework mechitzah worked best for our synagogue. When our research showed that many standard latticework designs have small openings that are difficult to see through, the committee commissioned a custom design. This enabled us to adjust each component of the mechitzah to meet our specific needs. The architect assisting the shul with other renovations connected us with a metalworking sculptor. Rabbi Andrew Markowitz, our shul rabbi, reviewed the maximum opening size in a mechitzah with the sculptor, who then created an abstract design that maximized the areas that would have an unobstructed view. It took a full year for him to complete the custom-designed mechitzah. We also incorporated work from artist Jeffrey Packard, a longtime synagogue member who designed the original main sanctuary space. Sophisticated and inviting, the mechitzah features dark blue-colored stones depicting images of the holidays interspersed throughout the elaborate metalwork. While it might be impossible to make everyone happy with a new mechitzah, we ultimately came up with a design that balanced competing priorities. I am very proud of our committee’s approach of using halachic criteria as a basis and building on it by giving serious consideration to feedback from each shul member.

Aviva Oppenheim manages design and construction of large infrastructure projects for a bistate agency. She has been an active member of Congregation Shomrei Torah in Fairlawn, New Jersey, for ten years.

4.3 6 votes
Article Rating
This article was featured in the Summer 2021 issue of Jewish Action.