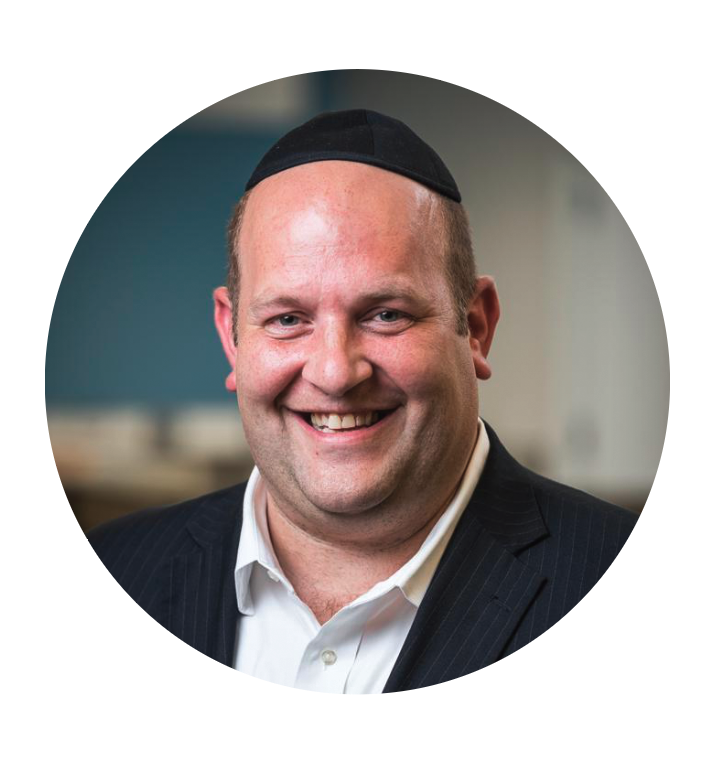 In Pirkei Avos, perhaps the most quoted mishnah states, “The world stands upon three things: Torah, avodah [service or prayer] and acts of chesed.” The Gemara (Yevamos 79a) quotes Dovid Hamelech, who said, “There are three distinguishing characteristics of the Jewish people: rachmanim [merciful], bayshanim [shamefaced] and gomlei chasadim [doers of acts of kindness].”

How do we as parents view chesed? Of course, we all promote chesed in our homes and in our schools, but is there more we could or should do?

We are living in what is perhaps the most generous generation. Our schools, shuls and communal institutions, of which there seem to be more now than in any time period in our history, are being supported by continuous acts of tzedakah and chesed. A simple Google search of gemachs in a Jewish community such as Baltimore1 reveals 132 gemachs, from gowns to air conditioners to mezuzos and practically anything else you can think of. Our children see the impressive range of acts of chesed around them and are certainly positively impacted.

But they are also impacted by the broader society in which we live. In recent years, there has been a noticeable increase in loneliness. According to a survey published in January 2020 (prior to the pandemic) by the health insurer Cigna,2 more than 60 percent of Americans report feeling lonely, an increase of 7 percent over a similar study done in 2018. The group with the highest percentage of loneliness was the Gen Z group (18-22 years old). There was also a greater increase in loneliness reported among males.

Performing chesed can counteract loneliness. Whether you volunteer at a senior living facility, visit the ill or pack food boxes for Tomchei Shabbos, you are engaging with other people and are immersed in a cause greater than yourself, which helps alleviate loneliness.

Our schools, by and large, do a fantastic job educating our children. The schools’ offerings often mirror the expectations of the parent body. Athletic programs, extracurricular activities, higher-end meals and state-of-the-art facilities are all examples of such offerings, which vary among and within communities.

As a gross generalization, there seems to be greater emphasis placed on providing chesed opportunities for young women. Regardless of whether a girls’ school identifies as Modern Orthodox, Centrist Orthodox or Yeshivish, when a parent comes for an interview or orientation, one of the main components of the school’s pitch is the extensive nature of its chesed program. Parents generally receive a list of organizations with which the school partners for its chesed program. Often, there is even a full-time staff member whose role is to oversee the program. One of my daughters, who attends a local Bais Yaakov high school, fulfills her chesed requirements by volunteering on Motzaei Shabbos at a bas mitzvah club, and on Sunday mornings at a Sunday school program geared toward kiruv. The school offers a range of chesed opportunities including helping out at local food pantries and working with senior citizens, individuals with disabilities and children with chronic illness. While the particular program might differ from school to school (i.e., what constitutes chesed, whether chesed hours are mandated, et cetera), it is almost universal that chesed is an expectation and a central component of a frum woman’s education.

Though it is more common today for yeshivos to have chesed programs as well, it is certainly not universal. I believe there are three primary reasons they are not as ubiquitous in boys’ schools (this is not to suggest that chesed as a concept isn’t emphasized or encouraged in yeshivos):

a. It is not one of the expectations of parents, and adding it would necessitate removing or reducing other offerings.

b. Boys have a halachic obligation of Torah learning, and this might constitute bittul Torah.

My goal is not to challenge these reasons, but to propose that perhaps we as a community need to take a more nuanced approach.

Volunteers are a critical component of the work we do at Yachad, the OU’s program dedicated to enriching the lives of Jewish individuals with disabilities and their families. At any given time, there are over 500 Yachad volunteers, ranging in age from thirteen to twenty-five, as well as a growing adult volunteer base. These volunteers participate in weekly social and recreational programming, as well as in Shabbatonim that take place during the year in Jewish communities throughout North America and Israel. Our younger volunteers act as peers to the younger Yachad members, thereby learning the Torah value of welcoming other Jews into the community. Our college-aged volunteers (18+), called “advisors,” serve a dual role of counselor and friend. Yachad advisors assist in running social and recreational programs and Shabbatonim, help to model social skills, and provide tremendous ruach (spirit), all while developing close connections and friendships with each other and with our Yachad members.

While the particular program might differ from school to school, it is almost universal that chesed is an expectation and a central component of a frum woman’s education.

As the international director of Yachad, I have seen the impact chesed has had on our volunteers socially and emotionally, as well as religiously. A few years ago, Baruch (not his real name), who attended a Yeshivish high school in Brooklyn, came to one of our programs almost by chance. Baruch took to volunteering almost immediately; he was a natural. He spent his time playing board games and sports with the Yachad participants, and took on learning one-on-one with a Yachad member. When Baruch first joined, he was struggling with his connection to Judaism. He expressed that he was not the “learning type” and at times felt he was rejecting Judaism by not being into learning Gemara the way his peers at yeshivah were. After a few months of volunteering as a Yachad advisor, Baruch felt a deeper connection to Judaism through the acts of chesed he was performing, and his feelings of negativity began to dissipate. After graduating high school, he went to a yeshivah in Israel, where his connection to Torah learning strengthened. He is now on a clear path to being a true ben Torah.

Being engaged with chesed can also help one develop in other ways. Morris (not his real name) attended a yeshivah day school on Long Island. A kindhearted and giving young man, Morris struggled socially and was uncomfortable interacting with his peers. Remarkably, at Yachad events, he was always engaged in conversation or in activities with Yachad members. A couple of months into his volunteering, Morris was assigned the responsibility to plan a program with other advisors. At first this was a daunting task for him, but his genuine caring for the participants propelled him to put his heart and soul into it. The program was a success, infusing him with a sense of confidence. Over time, Morris began to come out of his shell and found friends among his fellow advisors. Five years later, Morris is still actively involved with Yachad and with other chesed organizations. He leads programs, speaks publicly and is generally one of the more popular people in the room.

We would do well to rethink the level of our sons’ engagement in chesed and begin formalizing opportunities in ways similar to what is offered to our daughters. The beauty of chesed is that its performance is not solely for the benefit of the recipient. In fact, oftentimes, the doer of chesed benefits more than the recipient. Perhaps it is time to afford that benefit to our sons.

Avromie Adler is the international director of Yachad.