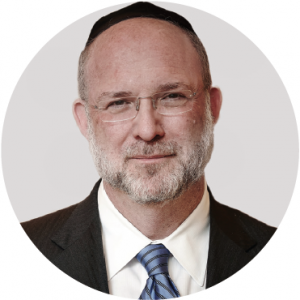 Conflict within the Jewish community is often due to challenges to the religious essence of Judaism and to the binding nature of Torah and rabbinic authority. But history is also replete with instances of discord within the Orthodox community itself, despite all factions sharing a common commitment to Torah observance and values. Sometimes such Orthodox divisiveness is caused by petty jealousies, greed and insecurities. But other times, battles within the Orthodox world rage over truly substantive ideological issues, albeit within the contours of Torah and the mesorah.

Although there is currently no shortage of disparate, often conflicting, religious attitudes and practices within the American Orthodox community, it seems that the friction between various sectors is less intense nowadays than in earlier decades. Significant ideological clashes within the American Orthodox community are increasingly rare; even when disagreements do arise, the volume of the battles seems to be fairly mild compared to some of the more explosive ideological conflicts of the past. Each sector appears content to leave others to follow their own path in avodas Hashem, notwithstanding how misguided the path may be viewed.

Is Communal Tranquility Attributable to Religious Apathy?
It would be nice to believe that the current relative harmony among American Orthodoxy is the product of increased righteousness and maturity. Or perhaps American Orthodoxy is circling the wagons in response to mounting anti-Semitism and to secular society’s assault on religious observance and values. A more frightening possibility is that the tranquility is a reflection of religious apathy. After all, vigorous religious conflict is often an expression of authentic ideological passion. People tend to engage in ideological battles only when they feel the cause deeply and personally.

Some might even argue that religious ideological battles have a positive impact. As long as conducted respectfully and appropriately, religious confrontation is not only an expression of true passion but also tends to enhance the participants’ religious commitment and growth. Certainly, conflict motivated by authentic religious commitment is less troubling than the calm born of ideological indifference. When children disagree and bitterly fight about how their elderly parents should be cared for, the parents are surely pained. But such familial discord is certainly preferable to indifferent children, readily ceding to their siblings’ views while shrugging their shoulders and walking away mumbling “whatever.”

Fortunately, it cannot be credibly suggested that American Orthodox Jewry is religiously indifferent. To the contrary, the commitment to religious observance and values of the community, as a whole, is truly admirable.

Orthodoxy in general continues to thrive in Torah study and commitment to Torah values. Moreover, increased Torah knowledge and understanding are engendering an enhanced and increasingly attentive approach to mitzvah observance.

The frum community’s deep commitment to living a Torah lifestyle is clearly evident when considering the economic demands, and resulting lifestyle sacrifices, entailed in raising an observant family.

As a whole, the community has retained, if not enhanced, its emunah, its profound faith in God. This dedication is particularly stunning in light of the ongoing state of hester panim (the lack of explicit manifestations of God’s presence) that has been imposed since the destruction of the first Beis Hamikdash (Temple). This hester panim has plagued the Jewish people through centuries of massacres, pogroms and expulsions, reaching a crescendo in the Holocaust. And yet we are ma’aminim bnei ma’aminim, devout believers, children of believers. Hardly the stuff of religious apathy.

The Orthodox community has embraced holiness, manifest through its commitment to marriage, family and communal benevolence. The community’s elevated holiness is all the more extraordinary in light of the incessant bombardment of society’s perspectives and priorities that are antithetical to Torah values, the influence inherent to the integration of Orthodox Jewry into society’s social and commercial structure and the alluring temptations of materialism and immodesty pervasively accessible through technology.

As a whole, the community is manifestly committed to Torah Judaism. Thus, it should be apparent that American Jewry’s relative lack of discord is not due to an absence of religious commitment and passion. How then can we understand American Orthodoxy’s relative internal tranquility? This conundrum is compounded when considering the often bombastic conflicts raging within the Israeli Orthodox community.

Admittedly, the ideological strife in Israel can be attributed to factors and influences not found in America. These include the IDF draft and its religious exemptions, the Office of the Chief Rabbinate and the multiple and intensely socially segregated Orthodox educational school systems. And of course there is the ubiquitous role of Israeli politics and the resulting entanglement of Israeli Orthodoxy with religious political parties. Nevertheless, the absence of these factors in America cannot alone explain the diminished American Orthodox infighting.

The dichotomy between individualism and collectivism extends beyond public policy and philosophy to inform how people perceive their own identity and purpose. Therefore, it influences life choices. Is their primary identity dictated by their personal distinctiveness or by the society or community with which they associate? Are their goals and aspirations focused on personal achievements and independent expression, or on the successes and accomplishments of the group?

In any society, healthy people’s psyches and aspirations will include aspects of both their individual and communal identities. The allocation between the two, however, is typically influenced by the culture of the society in which they dwell.

Rather than viewing individualism and collectivism as contradictory or competitive, Judaism recognizes each as representing distinct dimensions of Torah values, each being integral to a healthy and productive Jewish life.

For example, halachah addresses when one’s personal interests must take priority, and when deference to communal concerns is advisable. Certain mitzvos can be observed as an individual, while others can be performed only as a community. In the Beis Hamikdash, may it soon be rebuilt, most of the daily and holiday services were performed on behalf of the collective community, but there were also contributions and services due from each individual.

In mystical terms as well, a Jew’s relationship to God must be developed on both planes. Each Jewish soul is both independent and interdependent, and thus, one Jew’s spiritual growth affects the entirety of the Jewish people. On Yom Kippur we repeatedly chant Vidui (the confession prayer) for our individual failings, but in each instance, we then chant it a second time collectively, for our community’s deficiencies. Individualism and collectivism should not subsume or override the other.

American culture recognizes a role for, and the value of community, but generally weighs heavily in favor of the individual. American society’s emphasis on individualism is reflected in its focus on personal aspirations and wants. Self-actualization is a linchpin of American culture, which encourages people to be who they are, feel as they feel and live the life they experience as being most authentic. In fact, restricting one’s self-expression or personal aspirations to accommodate communal sensitivities or needs is regarded as weak and pointless.

Unbridled individualism often results in attitudes that are antithetical to Torah, such as narcissism and selfishness. It foments boundless expectations and demands for individual entitlements, encompassing the widest of spectrums, from how to live to when to die. Western culture increasingly seeks to diminish the role of God and religion in society and in private life. Perhaps individualism is encouraged because it not only promotes individual needs above the will of the collective, but also creates a mindset that elevates individual needs above the will of God.

To be sure, individualism as an ideology has positive effects. It has resulted in exceptional levels of creativity, entrepreneurship and personal achievement. Individualism trains one to look past the blur of humanity, focusing on the worth of the individual. Perhaps this social outlook is responsible for the American dedication to addressing the needs of the disadvantaged, as well as those with special needs and disabilities. And, perhaps in a bizarre sort of way, the American culture of individualism may also be responsible for the increased harmony among segments of American Orthodoxy.

Is Communal Tranquility Attributable to Individualism?
The Orthodox community comprises various communal segments forming an amalgamated whole. Are these segments individual pieces that stand on their own but happen to create a collection, or is each communal segment intrinsically interwoven, attaining its true significance by joining with other segments to create the holistic fabric of Torah Judaism?

Those with a collectivist mindset view the Orthodox world as a composite, with each sub-community’s current state and future fate affected by every other segment. In this view, each group is understandably troubled, if not offended, by another’s attempt to radically “innovate” or to depart from past practices or halachic standards. The deeper the provocation, the more intense the response. This indignation stems from a deep sense of communal achdus and cohesiveness, a recognition of our mystical connectedness that makes us all both spiritually dependent upon, and responsible for, one another.

Those with an individualistic mindset, by contrast, view each sub-community as independent, as an island. In this view, sub-communities care little about one another since there’s no appreciation of an interconnectivity or interdependence between the groups and no sense of one group having an effect on another. No segment need be perturbed by the practices and religious views of another. In fact, they feel it is inappropriate to be judgmental of others since each group is on their own, unaffected by the others and entitled to do as they please. When one sub-community, for example, adopts an unprecedented or deviant practice or religious view, others are likely to merely shrug their shoulders, move on and mumble “whatever.”

Can Orthodox Jewry Survive Internal Tranquility?
Thus, we must ask: Does the lack of strife among American Orthodoxy reflect brotherly love and respect or does it signify a sense of alienation and detachment? Indeed, sometimes the absence of communal tension may strike us as attractive, but should not be a cause for celebration since it reveals simple indifference.

The Jewish community cannot survive a “harmony” that is the byproduct of apathy and detachment among fellow Jews. If we lose sight of our spiritual interdependence and interconnectivity, we forfeit one of the seminal foundations of Judaism.

Midrash Rabba (Parashas Emor 30:12) describes four categories of Jews: the pious scholar, the non-pious scholar, the non-scholarly pious person and the Jew who is neither pious nor a scholar. This disparity and inconsistency raises questions regarding the viability of the Jewish people. In His eagerness to preserve our special nation, God advises that as an antidote to our vulnerability, each sector of the Jewish people should bind itself to the other three and by doing so, each will redeem the other. Through this bond, the Shechinah, God’s Holy presence, will pervade His people.

Internal strife within the Orthodox world is distressing and painful, and yes, it is wonderful if such conflicts have generally subsided. But we are suffering a fate far more devastating than internal conflict if the absence of discord is, in fact, due to indifference, inertia and the failure to comprehend our interdependence. Our survival as a vibrant people, and our relationship with God, is dependent on our recognition of how intertwined our fate is and how interconnected we are as a people.

Admittedly, this recognition may lead to conflict. But if we also recognize that our connection to the Almighty is dependent on our preventing the inevitable ideological strife from compromising our bond with our fellow Jews, we can surely engage in such battle while preserving our respect and love for one another. Klal Yisrael can thereby survive, if not flourish, within the tensions that ensue when brothers and sisters truly care about one another.

Mark (Moishe) Bane is president of the OU and a senior partner and chairman of the Business Restructuring Department at the international law firm Ropes & Gray LLP.