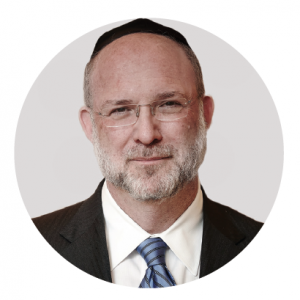 Among the most difficult decisions we face—as parents, as friends, and, most of all, as members of a community—is determining when to be tolerant and when to be intolerant. We need to know when to display tolerance despite feeling angry or offended. At the same time, we need to know when to respond with intolerance despite the resentment or criticism that may ensue. Unfortunately, the failure to make these choices wisely risks terrible consequences.

Tolerance is surely a positive trait. There are museums, lectures and awards devoted to celebrating tolerance. Many of the figures in Tanach are extolled for their tolerance and love of humanity. Avraham Avinu, the paradigm of chesed, negotiated with God, as it were, to sustain the lives of the evil inhabitants of Sodom. And the Talmud praises Hillel for his forbearance when confronted by a heretic.

On the other hand, was Avraham Avinu flawed for having destroyed his father’s idols? Were the Maccabees in the wrong for battling the Hellenists? Though tolerance is generally a virtue, some behaviors and attitudes should not be sanctioned. Should a mother, for example, tolerate her child being bullied? Would our community ever consider tolerating the anti-Semitism of Louis Farrakhan or the Holocaust denial of David Irving? Surely we must adopt a zero-tolerance policy regarding abhorrent behaviors, such as bigotry and abuse. There is undoubtedly a place for intolerance, for taking a stand against that which is unacceptable.

Though tolerance and intolerance are both appropriate responses depending on the particular circumstance, our community often favors tolerance, perhaps because we understand that our cherished achdus (Jewish unity) is dependent on it. More than merely a value, peace among the Jewish people is a spiritual elixir. As taught in Midrash Rabbah 38:6 (Parashas Noach):

Tolerance is generally associated with openness and generosity of spirit. It connotes thoughtful consideration of alternative perspectives and acknowledging the merit of opposing views. A tolerant individual is perceived as viewing another’s failings not as wickedness but rather as the inevitable product of that individual’s life circumstances and experiences. Tolerance begets peace, unity, brotherhood and love. Who can resist embracing these values?

Intolerance, by contrast, is associated with disrespect and closed-mindedness. People who display intolerance are portrayed as arrogant, insecure individuals who believe that only their own perspective has merit and refuse to explore the opinions of others for fear they may discover the flaws in their own. They are accused of seeking to intrude on the rights and entitlements of others.

Intolerance is frightening, particularly for Jews. If we are intolerant of others, is it not likely that others will be intolerant of us? Moreover, does it not seem that Jews historically fared better in tolerant societies?

Intolerance as a Virtue

Despite its indisputable merits, tolerance can be counterproductive or even destructive. At times, individuals and communities invoke tolerance not out of conviction but rather out of timidity, an aversion to confrontation or moral laziness. More recently, however, tolerance is increasingly invoked by those indoctrinated in moral relativism.

Moral relativism is the view that there is no universal or absolute set of moral principles. Thus, every perspective deserves thoughtful exploration, and every grievance merits consideration. According to this view, mankind itself fashions ethics and morality, and in the absence of a Higher Authority, all views have equal credibility. Judaism, by contrast, is founded on the belief in the Divinity of Torah, both Oral and Written. We understand that Torah values are supreme and our role is to study Torah to derive morality, not to fashion morality ourselves and impose it upon the Torah.

We sometimes fall prey to the allure of moral relativism, and legitimize, if only fleetingly, views and values that we know are unacceptable and are inconsistent with the Torah’s teachings. Once imbued with any degree of credibility, these views become less offensive to us, and over time we begin to find previously intolerable ideas and attitudes to be increasingly more tolerable.

There is undoubtedly a place for intolerance, for taking a stand against that which is unacceptable.

Sadly, there is also a tolerance born of apathy. I once attended a meeting of rabbis and lay activists who gathered to discuss the problem of teenagers whose needs were not being addressed by the community’s conventional educational system. Upon reaching a consensus approach fairly quickly and with minimal debate, an elderly rabbi at the meeting made a comment about the impressive achdus of the group, which he claimed was evident by the ease with which an agreement had been reached. I later cynically surmised that the quick resolution was not indicative of achdus; it simply reflected the fact that most of the participants did not recognize the significance of the challenge under discussion and were not emotionally invested in its resolution. Had the participants been moved and truly concerned, they would have been clamoring to be heard, advocating for an approach of their choice. Too often, tolerance is actually a mask for indifference.

There are individuals who espouse tolerance when fundamental issues of Torah theology and religious practice are attacked or compromised; yet these same individuals are quick to rise up when their own personal interests are threatened and may even express intolerance of politicians or others who support positions they find offensive. The choices people make in selecting which circumstances compel intolerance and which do not may be a remarkably reliable reflection of their true concerns and how they define themselves.

Intolerance may result in the absolute denial of the other individual’s right to disagree. (Unfortunately, this is increasingly commonplace in the political arena.) Moreover, intolerance often creates barriers, sometimes even deliberately, in the relationship between segments of a community or even between friends or family members. Thus, intolerance is often needlessly divisive and unwarranted, since there is rarely justification to deny others the opportunity to present differing views or reach different conclusions.

Certain disputes, however, go beyond reasonable disagreements. Intolerance may be mandated in cases such as an unjustified physical, psychological or emotional threat, whether to an individual or to a community. For example, we cannot and should not tolerate rhetoric or attitudes expressing physical threats to our schools, shuls or communal institutions. Similarly, a community is justified in adopting a policy of zero tolerance toward employees, or even toward communal members, whose past inappropriate behavior suggests an ongoing danger to others.

Too often, however, we fail to acknowledge that threats to our spiritual existence, on a personal or communal level, may also be profoundly and dangerously consequential. At times, intolerance is necessary when the fundamental tenets of our theology and religious practice are under assault. Of course, communal leaders must weigh the consequences of publicly rejecting a particular viewpoint or practice, and any such response requires significant thought and deliberation. For example, while a movement’s leadership may advance a view or position anathema to Torah values, vigorous rejection and intolerance of this view or position may be misunderstood by the group’s members as a personal and absolute rejection of themselves as members of the larger community. This may result not only in unintended pain and distress, but also in alienation from halachah and a curtailment of their commitment to Torah and to the Jewish education of their children.

The challenge we confront as individuals, and as a community, is to discern when and how to apply the values of tolerance and intolerance appropriately.

Consequently, when communal leadership contemplates a fulsome rejection of another community segment’s views or practices, at least two variables must be carefully and objectively considered. First, any such rejection must have a clear purpose and the likelihood of achieving that purpose must be appraised. Second, the implications on Jewish unity and other vital communal interests must be gauged.

In light of the downsides and risks of intolerance on a communal level, why would communal leaders ever invoke this practice, forcefully rejecting deviations from traditional religious practices, theology or values?

I used to think that a public display of intolerance was an effort to effect change in the attitude of the offenders. I soon realized that this type of rebuke is the least effective way of encouraging change. I then surmised that the intolerance was intended to convey to third-party observers that deviation from halachah and Torah theology is abhorrent, lest they misinterpret communal silence as acquiescence. I now understand, however, that when communal and religious leaders express their outrage at an anti-halachic practice or a deviant philosophical view, the primary purpose is to remind themselves and members of their own community about what is, and is not, correct and appropriate.

Religious passion and a commitment to halachah are critical to Judaism’s survival. Yet, we live in an extremely open and integrated society in which our religious dedication and faith are continually assaulted by voices online, in the media and in popular culture, advancing values and perspectives antithetical to Torah. The impact of these outside voices, however powerful, pales in comparison to the spiritual damage caused when those within our own community do the same. The goal of intolerance on a communal level is to ensure that familiarity with divergent views and practices espoused by others does not allow these views and practices to become normative and ordinary, thereby dampening the commitment of those who are invested in our traditional, authentic and age-old approaches. Expressing outrage and protesting vehemently against these voices for change sometimes is the only way to mitigate their intended or unintended influence.

When seeking the presidency, former Arizona Senator Barry Goldwater is famously, if inaccurately, quoted to have declared, “Extremism in defense of liberty is no vice. Moderation in pursuit of justice is no virtue.”

Ask the President
The Orthodox Union is first and foremost a communal services organization. Your feedback and input about how the OU is doing in that role is critical to our success as a community.  As president I want to hear from you.

Your input and views will certainly be studied, and will be considered in the context of the views of others.
If you pose questions that are appropriate for a public response, I will do so if you provide permission.

I’m looking forward to hearing what you have to say.