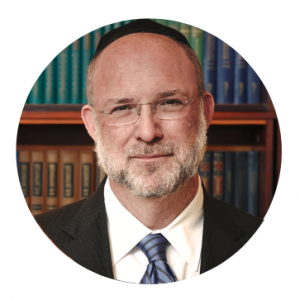 American observant Jewry has always been a patchwork of tribal communities, typically distinguished by country of origin or cultural proclivities. Each faction has produced venerated leaders, but even the most compelling and impactful of these authorities have commanded consistent deference only within limited segments of the overall Orthodox community.

Whether regarding educational, cultural or even halachic orientation, the guidance issued by leaders has consistently been tailored only to the needs and sensibilities of their own respective community segment. This customized approach has been effective in nurturing social stability and religious meaning, which is particularly impressive in light of American society’s often clashing values and culture. In my view, the only serious downside to the dissemination of rabbinic guidance designed for specific community segments is the cost to outsiders who mistakenly adopt the direction as if it had been formulated for them as well.

–  Many communal functions, ranging from kashrus to social services, are necessarily linked, albeit with accommodations for the differences among community factions.

–  Shifts between the segments are increasingly common, with offspring often choosing to affiliate with a different Orthodox faction than their parents.

–  Though cultural distinctions prevail, the vast majority of American Orthodox Jews, other than those on the religious far right and far left, are more closely aligned ideologically than in decades past. For example, there is a slow but observable shift toward congruity in attitudes to Israel, women in the professional workplace, and the centrality of Torah study.

–  Surging community demands for government protections and financial assistance, as well as the pursuit of safeguards against impositions on Orthodox practices and values, require a unified strategy. Even mildly inconsistent Orthodox positions risk cancelling out each others’ influence and impact.

–  Both traditional and social media commonly paint the Orthodox Jewish world with broad strokes and little nuance. The behavior and public statements of one segment of Orthodoxy are imputed to all, shaping the attitude of non-observant Jews and general society toward Orthodox Jews collectively.

These and other factors generate a growing need for collaborative communal decision-making on select matters. As in past eras, however, the likelihood that leaders of different Orthodox segments will join together is remote for the reasons enumerated below. Eventually, the importance of coalescing will be recognized, God willing, by virtue of visionary leadership rather than by crisis. And hopefully not too late.

A pan-Orthodox approach to addressing selected communal decisions and choices will be effective only if a bona fide spectrum of community decision-makers participate. Inevitably, several key leaders will decline to take part, refusing to associate with one or more of the other leaders. While some of the resisters will be sheepishly playing to the radicals within their flock, others will refuse based on sincere ideological principles.

There are different possible reactions one can have to those who resist participating for ideological reasons. Typically, the spurned and their sympathizers respond with hostile resentment, accompanied by sweeping disparagement of any Orthodox ideology that encourages detachment. They argue that the detachment represents an arrogant discarding of Jewish unity, which, as the supreme Torah value, must be preserved at all costs. This assertion is, of course, specious, since every Orthodox sect has its own set of criteria that determines whether or not it will associate with certain others.

An alternative response is to acknowledge the good faith and ideological commitment of those who refuse to associate with certain others, even if such recalcitrance feels hurtful and offensive. Great leaders do not respond to perceived intransigence with inflexibility, and do not allow their feelings, however justified, to derail efforts that are in the best interests of the community. Ultimately, the community is best served when such a rejection is met with respect and accommodation.

If the prevailing decision is to take the high road (in community matters typically the road less traveled), creative solutions can be designed. For example, communications protocols might be established to take advantage of those select leaders who are inclined toward broad participation and yet are also acceptable to those ideologically opposed to joining. Rather than convening as a single body of leaders, multiple smaller groups could be formed, with these select leaders participating in multiple overlapping groups, thereby serving as a communications bridge. Or these select leaders could accomplish the same through “shuttle diplomacy.” Either approach may be effective, despite being inefficient and certainly less than ideal.

Productive discussions will occur only if the leaders, each of whom has intense ideological, cultural and experiential backgrounds, recede from the preconceptions and assumptions that inform their views and attitudes. They will then need to explore and understand each others’ orientation, sensibilities and cultures, much of which they may have earlier rejected or even disparaged.

I believe that great leaders can overcome these cultural barriers and delve deep into others’ experiences and psyche, even when those experiences are entirely unfamiliar. Forty years ago, I learned about this leadership quality from my exalted rebbe, Harav Michel Twerski of Milwaukee, shlita, who shared an incident involving his great-grandfather, Rav Mottele, the Hornosteipel Rebbe, zt”l (1839-1903).

The Rebbe had a severe heart condition, which was exacerbated by a hiccup ailment that threatened his life. Accompanied by Reb Leibelle, his son and eventual successor, the Rebbe traveled to Kiev where a doctor was known to cure the ailment with a shock procedure that involved applying a red-hot steel rod along the patient’s spine.

When the physician applied the rod against the Rebbe’s flesh, the Rebbe did not flinch. Assuming the rod was not hot enough, the physician heated it further and applied it repeatedly. As blisters began to form along his back, the Rebbe remained still and experienced no shock. In frustration, the doctor threw the rod into the fire, exclaiming, “This is not a human; This is an angel! Far larger and stronger patients have nearly hit the ceiling upon being contacted by the rod.”

Not conversant in Russian, the Rebbe asked Reb Leibelle what the doctor had said. Upon being told, the Rebbe commented, “If I do not jump out of my chair after listening to the pain shared with me by my Chassidim, I am unlikely to do so by the touch of a heated rod.”

The type of individuals suited to participating in pan-Orthodox decision-making must have the unique ability and experience necessary to adopt and absorb the feelings and perspectives of others.

Allocation of Time and Attention

Another obstacle to creating the context for collective decision-making is the time demands that would be imposed on the participants. Each leader is almost certainly already overburdened with institutional and communal responsibilities, such as managing staff, teaching, counseling and fundraising.

Even as simple community members we face similar challenges in our personal lives. We are often pressured to be more communal minded. Oftentimes community leaders urge us to place the interests of the broader community ahead of our own, occasionally even at great cost and disruption. They may exhort us when soliciting a donation, encouraging involvement in a particular project or criticizing continued participation in a backyard minyan.

They argue, and we agree, that the community is essential to all that we value. After all, a healthy community is central to our children’s religious education and socialization. Communal institutions and programs provide for our spiritual growth and sense of Jewish identity, and serve as our agents in caring for the needy, infirm or otherwise disadvantaged. Moreover, our relationship with God, though in many respects private and personal, can be fully actualized only by our integration into the Jewish community. A unique religious energy results when learning Torah with others, and we access far deeper meaning when others join us as we mourn or celebrate. And while God surely hears our solitary supplications, only communal prayer is assured of a Heavenly response.

On the other hand, as reflected in halachah, our commitment to the needs of others must be measured, swayed by our capacity to address our own needs and those of our family. For example, being charitable is imperative, yet our generosity is halachically limited to 20 percent of our income to ensure that our own needs are adequately addressed. We bear collective responsibility for the religious schooling of all Jewish youngsters, but the education of our own children enjoys halachic priority. Similarly, though we must attend to the well-being of others, halachically the needs of our family take precedence, including delineated obligations regarding the particular care we must provide to our own parents and spouse.

If efforts to address pan-Orthodox issues were to be pursued, leaders would confront the same conundrum; they’d be forced to weigh which of their current responsibilities to students, congregants and Chassidim to curtail in order to undertake this additional new responsibility. While individuals enjoy a degree of autonomy in allocating their time and resources, only institutional heads and communal leaders have fiduciary duties and obligations that dictate the parameters of their responsibilities, and that are not theirs alone to dilute.

For example, donors, beneficiaries and members of an institution are entitled to expect that their organization’s leaders be focused exclusively on the institution. Furthermore, additional obligations are incumbent on institutional leaders by virtue of their fiduciary duties, in particular the “duty of care.”

Under American law, the duty of care requires an officer or director to allocate an appropriate amount of time and attention to organizational decision-making and to ensuring that the mission of the organization is responsibly pursued. If halachah imposes a similar duty, this fiduciary duty of care may preclude an institution’s leader from diverting significant time and attention away from the institution in favor of other needs of the general community.

On the other hand, even the most mindful American industry leaders frequently allocate significant time and company resources to public affairs and to broad communal needs. This is justified by the company’s reliance on the health and stability of the general marketplace, which is advanced by these efforts. Moreover, communal involvement enhances the profile of the corporation and its leader, introduces the leader to new relationships that can benefit the company, and creates a communal atmosphere of reciprocity that inures to the benefit of the enterprise. The same would surely be true for Orthodox leaders participating in pan-Orthodox decision-making.

Certain leaders may nonetheless decline participation, explaining that the demands of their primary duties deem them unavailable to join broader community efforts. This may well be true.  But in doing so, those community leaders might be forfeiting the right to seek help for their institutions from individual community members who also have staggering responsibilities of their own.

Despite the numerous obstacles, it is not inconceivable that truly humble, visionary Jewish leaders will join together to address pan-Orthodox concerns. In order to avoid attacks and criticism, however, it may be necessary for them to do so under a veil of absolute secrecy. For all we know, it may already be taking place.