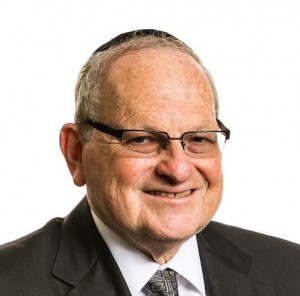 I never tire of hearing about NCSYers who are moser nefesh for Yiddishkeit. I never tire of hearing about the twelve-year- old girl who decides to stop riding in a car on Shabbat or the teenager who is the only one in his entire public school to wear a yarmulke. And what about the NCSY alum who had to walk up forty-five (no, you did not misread the number) flights of stairs each Shabbat while living in Hong Kong, or the young man from a small desert town out West who drives three-and-a-half hours each way to obtain kosher meat? No matter how many times I hear such stories–and there are hundreds of them–they remind me that in order for Yiddishkeit to be rock solid, there has to be an element of sacrifice.

This is perhaps one of the biggest challenges facing contemporary American Orthodoxy. Put simply: we are too comfortable. Many of us are fortunate enough to live in communities with at least three shuls within walking distance, a smattering of kosher restaurants including, of course, Chinese takeout and an array of Jewish day schools to choose from. Our children are rarely challenged to defend their religious beliefs. In this era of materialistic excess, Orthodox life is easy and entails no real sacrifice. This, ironically, puts our youth at great risk for they lack the tools to cope with religious hardship or challenge.

Contrast this with the lives lived by many of our grandparents and great-grandparents. Their faith was fashioned through struggle and hardship. In the shtetl in Pruzhany, now in Belarus, where my mother grew up, she and her family endured intense poverty and persecution. Nevertheless, her parents remained staunchly religious.

When many of our ancestors arrived in the United States, they waged intense battles in order to hold onto the Orthodoxy they were raised with. Some of them lost their jobs because they refused to violate Shabbat. Some of them defied the status quo and sent their kids to yeshivah at a time when very few parents were doing so.

We are so fortunate. We live in a society that is remarkably accepting and tolerant; we have shuls, schools, mikvaot–all the infrastructure necessary for religious life. And yet, in many ways, we are victims of our success.

Responding to a well-known article on social Orthodoxy that appeared in the pages of Commentary some months ago, Rabbi Haskel Lookstein quoted Rabbi Jonathan Sacks, the former chief rabbi of Great Britain.

In the Haggadah, the rasha, the skeptical son, poses a question: “What is this avodah [worship] to you?” Rabbi Sacks, based on a gemara, says that the word avodah should be translated as tirchah–“hard work” or “bother.” What the rasha is really asking is this: Why make all this effort for Judaism? Why bother with all the rules about the korban Pesach? Why the hard work and endless effort? But Rabbi Sacks suggests that that is precisely what Judaism requires: effort.

We have tried Judaism without the detailed attention to religious practice   . . . [Advocates of non-Orthodoxy thought that they could keep] Jews close to Judaism by easing the requirements and giving Jews the opportunity to be less restricted and restrained in their behavior with regard to Shabbat, kashrut, and other things. What happened was the exact opposite; rather than keeping Jews close to tradition, the lessening of demands led Jews to move further and further away from Judaism, the opposite of what was the intention. . .

It’s through effort and sacrifice that we ensure Jewish continuity. To see what true mesirut nefesh looks like, all we need to do is look at NCSYers in cities throughout the country, and, indeed the world, who make sacrifices each day for the sake of Yiddishkeit. I cannot think of a better way to prepare oneself for the Yamim Noraim.