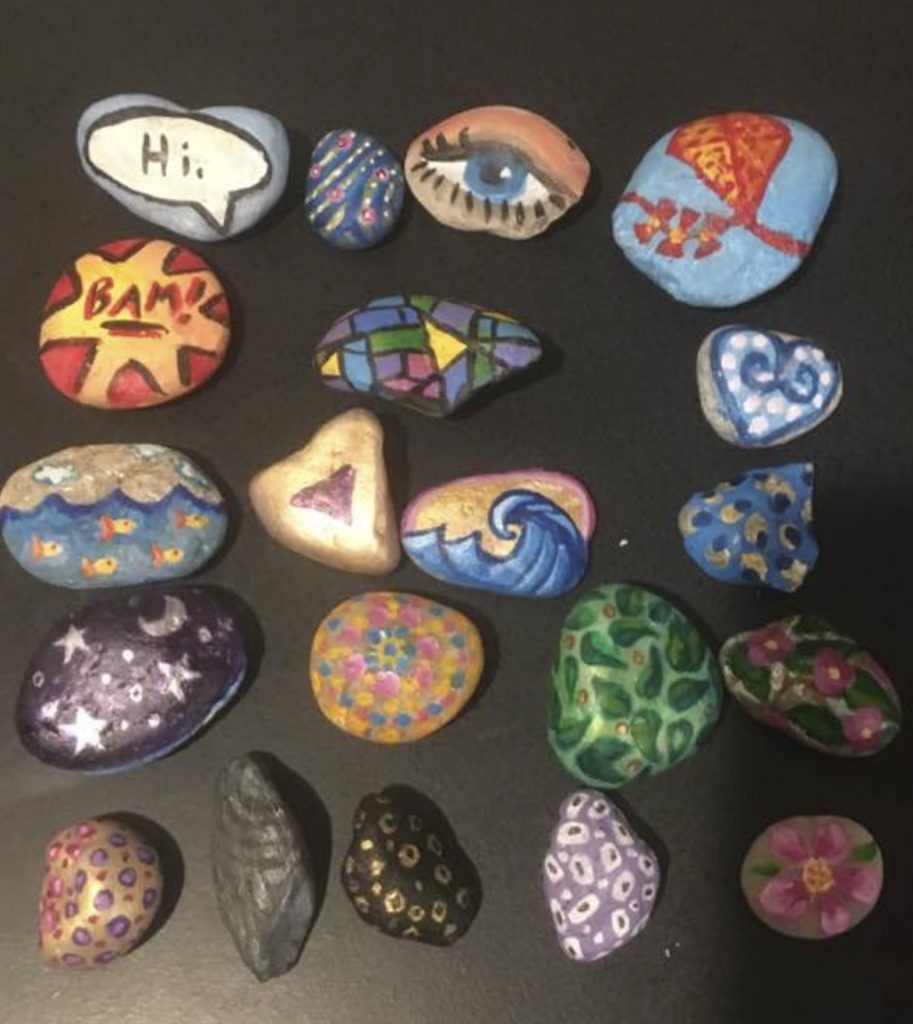 I am an artist. Mostly, I make pictures for children’s picture books, but sometimes I make art for other products too, such as greeting cards, murals—the cover of Jewish Action!—coloring pages, and more.

One time I even got a pile of rocks and decorated them with my paints and brushes. Monsters, baseballs, a sefer, a fairy wand—each rock got a different, cheerful picture. I made about twenty-five. But then I looked at them and thought: What do I do with these?

I tried giving them away at a boutique, but most people didn’t feel the need to have a goofy, smiling rock. I tried to gift them to some friends when I was invited for Shabbos lunch. “Thanks for having us! Here’s a rock,” I said. I received in return some polite thanks, and some healthy confusion.

So I put the rocks deep in a closet and went back to bringing cake or a bottle of wine.

Much later, I, like the rest of them world, suddenly found myself at home. I was sure I would be able to use my newfound time to make something spectacular. But the opposite happened. I would pick up my pencil, close my eyes to conjure an idea, and . . . nothing. 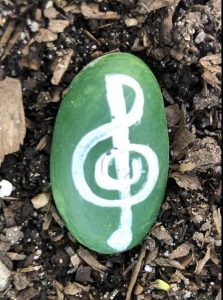 I wasn’t the only artist feeling this way. When the New York Times chose to interview seventy-five artists and ask them what they were working on at home, Mr. Tracy Letts, the playwright, answered this way: “I’ve made nothing. On four separate occasions, I arranged my schedule with [my wife] Carrie so I could have six uninterrupted hours a day to write. All four times, I emerged from my office after two or three weeks, rattled, defeated . . . from a creative standpoint, this year for me has been a dust storm. . . I feel like a heel even saying that since so many people in this country and around the world are suffering as a result of this pandemic . . . but . . . creatively, I’m lost.”

Why did this happen to some of us? Why with hours of uninterrupted time did some of us creative folks find ourselves in a dust storm?

I think the answer and can be found towards the end of this deceptively simple anecdote from the Gemara about Rabbi Beroka and Eliyahu HaNavi:

Rabbi Beroka Choza’a was often found in the market of Bei Lefet, and Eliyahu HaNavi would often appear to him. Once Rabbi Beroka said to Eliyahu: Of all the people who come here, is there anyone in this market worthy of the World to Come? . . .

While [they were thus conversing] two [men] passed by and [Eliyahu] remarked, “These two have a share in the World to Come!” Rabbi Beroka then approached and asked them, “What is your occupation?” They replied, “We are clowns. When we see people who are depressed we cheer them up”(Taanit 22a).

Some creators, like Da Vinci, create masterpieces in a sketchbook, for no one’s eyes but their own. For them, the art is all about Art with a capital A.

For me, (and perhaps for Mr. Letts?) the whole point of art is to connect with others. To help inspire them, learn something or perhaps just help them smile. As soon as I saw that no one particularly liked my rocks, I stopped painting them. As soon as I had no access to people during the pandemic, my creativity stopped flowing.

But then, miraculously, I actually had an idea. It wasn’t a grand series of paintings, or a book idea or a majestic mural. It was the rocks. 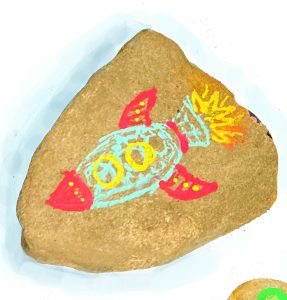 I dug out my lonely rocks and went for a walk. I placed a rock in front of each home I passed. I put one with a purple music note in front of the music teacher’s house, and one with an open sefer in front of the rabbi’s. I put the googly eyed monsters in front of other people’s homes. (Not because they were monsters! Just because.)

Then I took to social media and invited kids and their grown-ups to come and find them.

The response was thrilling. Thank you notes drawn in markers and crayons. Social media “likes.” And most importantly, every time I went for a walk over the next couple of weeks, I got to watch as people pointed them out to one another and connect even as they stayed the required six feet apart.

It inspired me to make more, and in a storm of creative energy that I hadn’t felt for weeks, I painted another thirty rocks in a couple of hours and added them to the rock walk so that it circled up Evergreen Drive, across Crestwood and hooked down Wildwood Road.

Then something even better happened. A bunch of my neighbors, who happened to be kids, decided to paint their own rocks and share them with their friends who they missed so much. I’m sure that Eliyahu HaNavi was right, and that each of those new rock artists—those new clowns—all earned Olam Haba by making their friends smile at a time of such disconnection and sadness.

Eventually, my rocks disappeared. The rain washed away the paint on some. Others got covered in dirt. And the world got loud again as grandparents visited their grandchildren, parents went to work and children got together with their friends. My creativity flowed back, and I’m currently working on books with rabbits, mezuzahs and monkeys in them. I’m an artist and author once again.

But I am very proud that for those two weeks back in April of 2020, I was a clown.

Ann D. Koffsky is the author/ illustrator of more than thirty books for children.