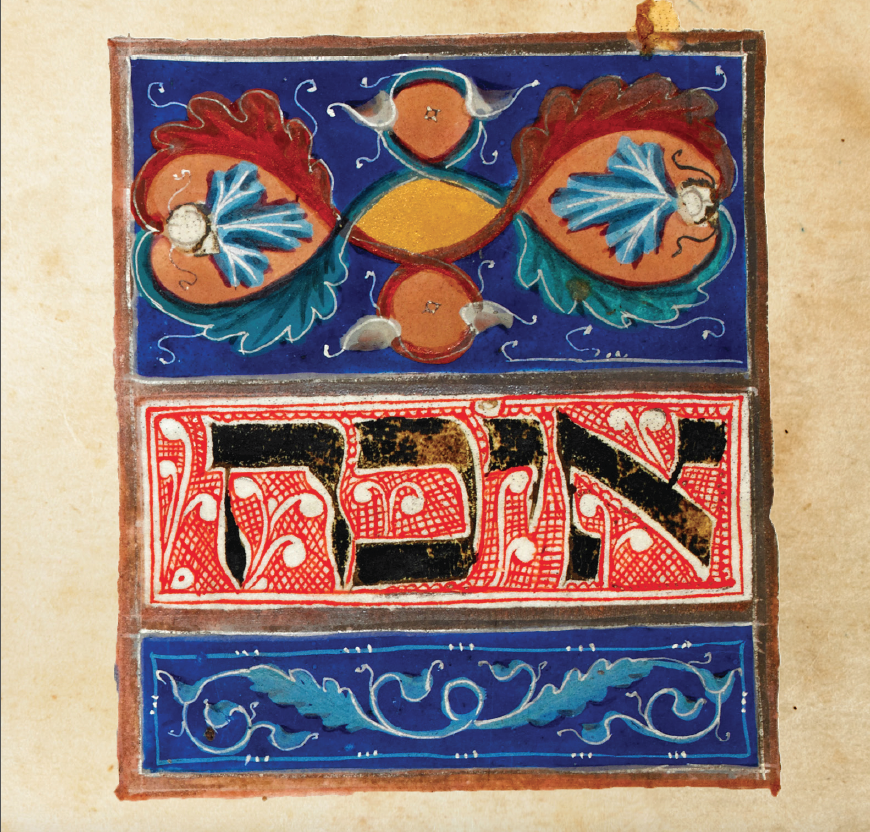 Confession: I don’t usually spend much time in shul on Tishah B’Av day. Not being a champ at fasting, I usually opt to lay low at home in front of a computer, watching Rabbi Dr. Tzvi Hersh Weinreb’s streamed discourses on selected Kinot. (I always feel a little guilty, on this day of intense mourning, for getting so much pleasure from his fascinating talks.)

If I were to be more virtuous and take myself off to shul, however, I would have a different opportunity to expand my acquaintance with Kinot. My Moroccan-born husband frequently prays at Netivot Israel Congregation, Brooklyn’s flagship Moroccan synagogue, where the Kinot are different and rather more tuneful than their Ashkenazic counterparts. Rabbi Gad Bouskila, the rav of the shul, generously took some time to talk to Jewish Action about the ways in which Moroccan Kinot and the minhagim of the Nine Days differ from the Ashkenazic versions. 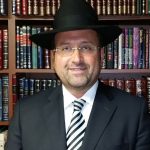 Rabbi Bouskila, who was born and raised in Casablanca, studied at a yeshivah in France before immigrating to the United States and completing semichah at Beth Medrash Govoha in Lakewood, New Jersey.

While there have been Jews in Morocco since ancient times, the majority arrived there following the Expulsion from Spain in 1492. Despite occasional eruptions of anti-Semitism, Jews built flourishing communities in Morocco and were relatively well-tolerated. The establishment of the State of Israel, however, led to overt tensions that caused the majority to flee to havens such as Israel, France and North America. Today, the Jewish population of Morocco is estimated to be under 3,000. Nevertheless, those who left still cling faithfully to their beloved, colorful traditions and customs, many of which were practiced in the Castilian and Andalusian regions of Spain in the Middle Ages.

JA: Can you tell us about Moroccan minhagim for Tishah B’Av? Do they differ from Ashkenazic minhagim?
Rabbi Gad Bouskila: There are both similarities and differences. For example, in Morocco we didn’t eat meat the entire Nine Days [similar to the Ashkenazic minhag and unlike other Sephardim], although there were three different customs regarding meat consumption on Shabbat, depending on one’s family tradition and the city in which one lived. Many Moroccans do not eat meat for the duration of the Nine Days including Shabbat, because that is an old tradition we observe when in aveilut. Others do eat meat on Shabbat, and still others eat only dried or preserved meat on Shabbat. My mother used to prepare preserved meat for Shabbat, but when I came to America and it was difficult to obtain dried meat, my father told me I could be more lenient and use regular meat in the dafina, which is our version of cholent or hammin.

There has been a lot of rabbinic discussion about whether one should abstain from meat on Shabbat during the Nine Days. According to Chacham Ovadia Yosef, one should follow the Shulchan Aruch and eat meat, but the Moroccan sage Rabbi Shalom Messas wrote a teshuvah saying that Moroccans should be allowed to abstain from eating meat on Shabbat during the Nine Days [as it is their tradition]. It’s a very old minhag.

JA:  What happens on the day of Tishah B’Av?
RB: Everyone goes to shul and sits on the floor crying until chatzot—men, women and children. When I was a child in Morocco, the shamash would go around placing ashes on people’s heads, a custom we still practice in our synagogue in Brooklyn. The men lift their kippot to receive the ashes. Back in Morocco, some of the older members of the kehillah would come to shul wearing flax sacks under their tallit kattan, as a sign of mourning and a means of inflicting suffering. Just touching them would make my skin itch!

One hundred and fifty to two hundred years ago, communities in Morocco and Tunisia added Kinot of their own to describe tragedies that the Arabs perpetrated in their own communities—atrocities such as women being kidnapped, shuls being razed to the ground, and entire communities being expelled.

All over North Africa, the custom is that after chatzot the women start cleaning the house and changing the sheets. The men begin slaughtering to restock the meat supply, even though we are not permitted to eat meat until after chatzot the next day. As soon as Tishah B’Av is over, we’re allowed to shower and shave.

Other Sephardim don’t do this sort of house cleaning and shechting on Tishah B’Av. We follow this custom because we consider it a way of preparing for Mashiach. There’s a midrash that says Mashiach will come on Tishah B’Av.

JA: Which historic events are the subject of Sephardic Kinot but not found in Ashkenazic Kinot?
RB: The original Kinot, which were recited by both Ashkenazim and Sephardim, were written after the destruction of the First and Second Temples. Those were written by both Sephardic and Ashkenazic rabbis.

The first Machzor Sepharad for Tishah B’Av included Eichah and the Kinot about the destruction of both Temples. It also included Kinot written by the rabbis of Spain and Portugal about a century before the Expulsion from Spain. After 1492, about 100 Kinot were composed describing the atrocities of the Spanish Inquisition and the Expulsion from Spain, and they were added to the machzor. (The Kinot recited by the Persian and Syrian Jews are shorter than ours; they didn’t add these Kinot because they didn’t experience the Spanish Expulsion.) 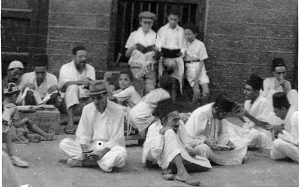 The Kinot from Spain are very tragic, detailing the ways Jews were tortured and burned at the stake. One kinah, written by Rabbi Moshe Nahouri describes how the Spanish [oppressors] destroyed homes and properties, slaughtered the chachamim, starved the Jewish people and abused our young women. Another by Rabbi Baruch Toledano compares the disasters in Spain to the disasters during the Churban Beit Hamikdash. Quite a bit later on, say 150 to 200 years ago, communities in Morocco and Tunisia added Kinot of their own to describe tragedies that the Arabs perpetrated in their own communities—atrocities such as women being kidnapped, shuls being razed to the ground, and entire communities being expelled.

There’s one kinah—I’m not sure who the author is—that is very unique, [called] Madu’a b’leil Pesach. Tishah B’Av falls out on the same night of the week as the Pesach that precedes it. This kinah takes the Four Questions of Pesach and transmutes them to Tishah B’Av. It asks, “Why is this night different from all other nights? On Pesach we eat maror, tonight we sit on the floor and endure merorim, bitterness. . . . On Pesach we sit at a beautiful table, tonight we sit on the floor and cry. . . . On Pesach we drink four cups of wine and make berachot, tonight we read Megillat Eichah . . .” We all sing it together, and it’s very powerful.

JA: Are there stylistic differences between Ashkenazic and Sephardic Kinot?
RB: The Ashkenazic Kinot are harder to understand. The Ashkenazic poets employed complicated vocabulary and poetic terms that sometimes require explanation. The Sephardic poets cared more about creating Kinot that rhymed and that included easily understood descriptions of events that would cause people to mourn, like mothers being tormented and dragged away by the enemy in front of their children. It’s similar to the zemirot of Shabbat—the Sephardic zemirot are comprised of basic easy words, while you often need a peirush for the Ashkenazic zemirot.

When I was a child in Morocco, the shamash would go around placing ashes on people’s heads, a custom we still practice in our synagogue in Brooklyn.

JA:  How are the Kinot actually recited in shul?
RB: For most Kinot, the shaliach tzibbur or chazzan chants the first paragraph, and then everyone else follows along. With some of the newer Kinot, which are harder to sing, the leader will begin and other people who know how to sing them will take over. In other cases, the leader will chant a paragraph and the kehillah sings a long refrain after each section.

We all love the melodies very much—they linger in your mind until Rosh Chodesh Elul!—even though they’re very sad. A few of them are shared by all Sephardim, but we Moroccans have beautiful melodies unique to us. None of our melodies come from Arabic sources, which isn’t the case for other Sephardic groups. Many of our melodies have Andalusian roots, while others, according to tradition, can be traced back to the Levi’im in the Beit HaMikdash.

5 2 votes
Article Rating
This article was featured in the Summer 2018 issue of Jewish Action.