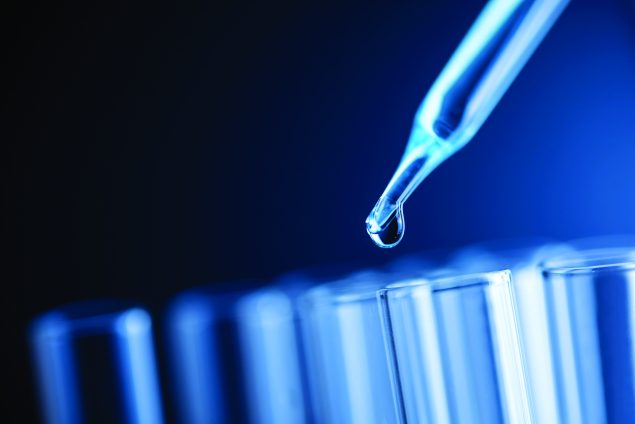 The year 1978 marked the beginning of the technological revolution in reproductive medicine when the world was introduced to the first test tube baby, Louise Brown. Baby Brown was featured on the cover of Time Magazine as the first child born through in vitro fertilization (IVF). Today, IVF is a household word. Since 1978, almost six million babies have been born through IVF and related procedures. Following IVF, reproductive medicine experienced yet another revolution: pre-implantation genetic diagnosis. Commonly known as PGD, pre-implantation genetic diagnosis involves genetically screening a pre-implanted fertilized egg to ascertain whether it harbors specific disease-causing mutations such as Tay-Sachs disease, cystic fibrosis or fragile X syndrome. Only those pre-implanted embryos that do not carry disease-causing genetic mutations are selected for implantation, thereby reducing the number of babies born with these diseases. This is especially vital within the Jewish Ashkenazic community, where PGD has reduced the number of Tay Sachs babies born by more than 90 percent (http://www.healthline.com/health/tay-sachs-disease).

At this point in time, we are currently witnessing the beginnings of the next wave in reproductive medical technology: gene editing and mitochondrial replacement therapy. Using methods such as CRISPR, gene-editing technologies can change the genetic code of an individual, potentially correcting any of the 6,000 genetic-based diseases that plague our society. In addition, we can help women with genetic mutations have healthy children. Normally, women with specific mutations in their mitochondria develop serious health conditions that will be passed on to their children. Now, scientists are able to use genetic material from a woman with healthy mitochondria, the genetic material from the woman with unhealthy mitochondria and sperm to create healthy children free of mitochondrial disease.

These new technologies in reproductive medicine are particularly important to the Orthodox Jewish community because of the value placed on family and children. However, these biotechnologies raise important ethical and halachic questions, some of which include: a) Under what conditions can a couple engage in IVF? b) Does genetics or gestation confer motherhood? c) Under what medical or non-medical conditions can gene editing be halachically acceptable? And d) Is there a social responsibility for Orthodox Jews to volunteer for early clinical studies to assess the efficacy and safety of these new technologies?

In order for our posekim to resolve these halachic questions, experts—that is, frum medical professionals including scientists and physicians who specialize in these areas—must educate rabbis about the underlying technologies. This is not an easy task and requires a time commitment on both the part of the experts and the rabbanim.1

Below is a sampling of some of the recent responsa related to reproductive technology:

–  Can Orthodox Jews engage in new biotechnologies (IVF and gene editing)? Halachah recognizes the suffering of Jewish infertile couples and therefore encourages pursuing research in these new technologies with the hope of developing therapies to overcome infertility. Most posekim today encourage couples to engage in IVF (See, for example, Rabbi Shlomo Zalman Auerbach, I Noam at 157 [5718]).   Under what conditions can couples engage in IVF? This question is predicated upon a major principle in Jewish law—that intervention in reproductive medicine is an “option,” not a mandatory halachic “obligation” and should never be used to replace normal marital relations in fulfilling the mandate of “peru u’revu.” (See Nishmat Avraham, Even HaEzer 1:5.) 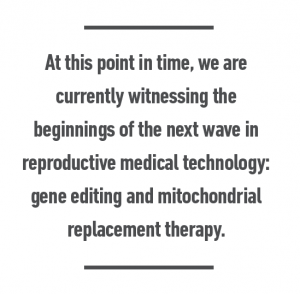 –  a) Can IVF be used by couples who are not infertile to increase the odds of a successful pregnancy? b) Can IVF be used for gender selection in order to fulfill the mitzvah of peru u’revu (i.e., two children, one of each gender)? And c) Can women engaged in IVF be allowed to violate Shabbat in order to undergo the various medical protocols necessary for successful IVF? The answers to these questions are usually determined on a case by case analysis; however, some general principles are valid. For example, couples who do not present with infertility problems should not engage in IVF to have children (Rabbi Moshe Feinstein, Iggerot Moshe, Even HaEzer 4:73). In addition, planned scheduling of the various medications administered and procedures involved in IVF can be managed such that the woman need not violate Shabbat to undergo IVF. Proper scheduling of IVF is therefore the preferred halachic way to avoid violating Shabbat. However, there may be situa–tions where a woman requires medical attention on Shabbat and halachah allows IVF procedures to be performed on Shabbat, especially if a non-Jewish physician can administer these procedures. Regarding sex selection using IVF, only when there are medical reasons to engage in IVF can sex selection be considered as a halachic option (Joel B. Wolowelsky, et al. “Sex Selection and Halakhic Ethics: A Contemporary Discussion,” Tradition: A Journal of Orthodox Jewish Thought 40:1 [2007]: 45-78).

–  Under what conditions can gene editing be halachically acceptable? As mentioned above, gene-editing technologies, such as CRISPR, are being designed to correct genetic diseases by editing the code within the human genome. The secular ethical barriers are, in part, based upon the belief that manipulations in human beings that tamper with the human genome are unethical (Jennifer Sills, ed. “Letters: Eugenics Lurk in the Shadow of CRISPR,” Science 348: 6237 [May 2015], p. 871). In fact, due to these ethical concerns and safety issues associated with this technology, the US government will not fund gene-editing research in human embryos. Yet according to halachah, tampering with the genetic code in order to improve health is in fact an ethical endeavor that is acceptable; as such, genetic research thus fulfills an important obligation—God instructs human beings to serve as partners with Him in the creation process (Fred Rosner, “Jewish Medical Ethics: Genetic Screening & Genetic Therapy,” Jewish Virtual Library, accessed December 14, 2016, http://www.jewishvirtuallibrary.org/jsource/Judaism/genetic.html). Therefore, from a halachic standpoint, genetic research should be pursued with vigor and careful analysis, given its tremendous potential medical benefits.

Research in these new technologies have either begun to enter clinical trials (such as mitochondrial replacement therapy) or will begin to enter clinical trials (in the case of gene-editing technologies). In some situations, there have been reports in the medical literature and in the mainstream media about the successful application of gene editing to cure a wide variety of human diseases.

Human beings serve as partners with God in the creation process. This means that we have a social responsibility to engage in ethically researching these technologies and to volunteer for such clinical trials. Volunteering for such trials represents a great act of chessed.

Furthermore, there is a real need for rabbinical scholars to gain a deeper understanding of new biotechnologies, as the Jewish community needs to have halachic positions on various complex bioethical issues related to reproductive medicine. Thank God, the Jewish community has world-class experts in the medical and reproductive fields—there are plenty of frum doctors, family counselors and scientists who can and should devote time and effort to properly educate our rabbis about the underlying science and medicine, as well as the benefits and health risks of these technologies.

Note
1. One effective way to teach rabbanim and the public about the newest technologies in reproductive medicine and the halachot associated with them is through organizing conferences on the subject. In December 2015, for example, we organized a groundbreaking symposium on halachah and reproductive medicine that was co-sponsored by Touro’s Lander College for Women, New York Medical College, and Columbia University College of Physicians and Surgeons. Held in New York, the conference, entitled “The Future of Reproductive Medicine: A Jewish Perspective,” provided a forum for rabbis and medical professionals to speak to one another and exchange ideas.

John D. Loike, PhD, is faculty in the Department of Physiology and Cellular Biophysics at Columbia University College of Physicians and Surgeons, director for Biomedical Cross-cultural Educational Program (BioCEP), course instructor for Crossroads in Bioethics and author of Science-Based Bioethics (2014).

Rabbi Moshe D. Tendler, PhD, is the Rabbi Isaac and Bella Tendler Professor of Jewish Medical Ethics and is a professor of biology at Yeshiva University, as well as a rosh yeshivah at RIETS.

Ira Bedzow, PhD, is assistant professor of medicine and director of the Biomedical Ethics and Humanities Program at New York Medical College and senior scholar at the Aspen Center for Social Values. He also teaches courses on biomedical ethics.