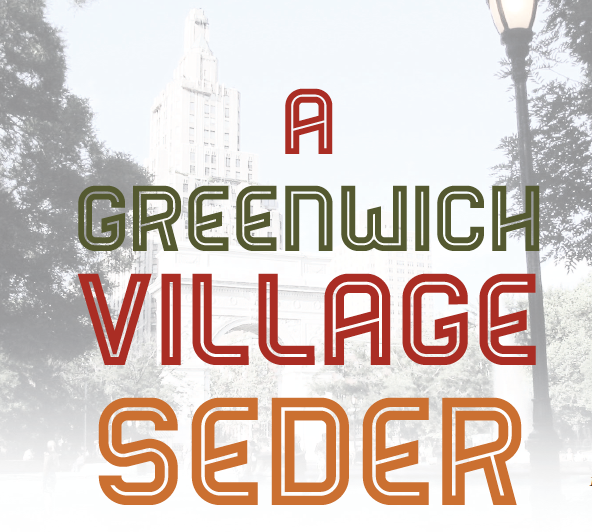 For my wife and me, like many of this magazine’s readers, Pesach conjures up memories of being with family, sitting around a table together and sharing a special Seder with loved ones. Many of the same faces, year in and year out, make the Seder night a very warm, multi-generational, family-focused ritual. Its substantial religious and halachic importance is matched by the imprint it has on forming fond childhood memories of Jewish family life.

Yet one of the pleasant surprises of living and working on a university campus has been spending Pesach at New York University (NYU), in Manhattan’s Greenwich Village, where I direct the Orthodox Union’s Heshe & Harriet Seif Jewish Learning Initiative on Campus (JLIC). Found on sixteen college campuses throughout North America, JLIC is a program that helps Orthodox students navigate the college environment. Though nothing compares to a beautiful Seder at home, with vehigadeta levincha being lived in the most meaningful way—children surrounded by their parents and grandparents, asking the Four Questions, singing the Haggadah’s songs, eating the meal and discussing yetziat Mitzrayim—Seder nights at NYU are nothing short of magical. This past Pesach we hosted Sedarim at the Edgar M. Bronfman Center for Jewish Student Life (NYU’s Hillel) and we were unsure how many people would attend. We tentatively prepared for thirty participants based on attendance the previous year, and were thrilled when more than double that amount showed up! The initial panic we felt when we had to set up more tables, chairs and place settings than we could fit quickly dissipated as we realized there is no better ice breaker than having to squeeze strangers around a table who, deep down, are seeking the same things: a sense of connectedness—to each other, to home and to the Jewish people. I can confidently say that Seder nights at NYU have been among the most meaningful experiences we have had since we began working on campus.

Seder nights at NYU have been among the most meaningful experiences we have had since we began working on campus.

Questions for a Thoughtful Seder

1. On Pesach we celebrate our freedom from slavery. What do you feel enslaved by in your life today?

2. The salt water on the table represents the tears that the Jewish people cried during their struggles. What has made you cry this year? Both tears of happiness and sadness count!

3. The egg that some have the custom of eating at the Seder represents aveilut. Its round shape symbolizes the cycle of life. Has anyone you cared for passed away since the last Pesach? Have any babies been born in your family?

4. The Sages in Bnei Brak stayed up all night discussing the story of the Exodus. What keeps you up at night? What was the last book you read that made you want to stay up reading?

5. Am Yisrael has observed Seder night each year since we left Egypt more than 3,000 years ago. Today, it is one of the most widely observed mitzvot in the Torah. What is the secret to its longevity and popularity?

6. “Ha Lachma Anya” is an invitation (in Aramaic) to those who are hungry to come and eat. Yet the Seder has already started and the poor on the streets can’t hear us in our homes. Why is it in Aramaic? What is its role in the Haggadah? And how do we really feel about hosting strangers, let alone homeless people, in our homes?

7. We start the Seder by listing the order of the night. The ritual stages are important. We don’t have this tradition before any other mitzvah, so why do we do so on Seder night?

8. After we eat, we bentch and then recite Hallel (prayers of praise and thanksgiving). What are you most grateful for in your life right now? (My rule: you can’t say something that someone else has already said!)

Generally, JLIC educators focus on the needs of their campuses’ Orthodox student body—building and facilitating the infrastructure of Torah learning, minyanim, kosher food, Shabbat programming and chesed opportunities. The vast majority of Orthodox students at NYU with whom we enjoy a close relationship year-round leave campus for the Sedarim (especially those who live in the tri-state area) and return home. Pesach, therefore, gives us an opportunity to work with students who are less affiliated and come from a more diverse background.

On the first night, as an icebreaker, I asked each participant to share what he or she feels enslaved by today. For some, it was their iPhone or TV-show schedule. For others, it was the pressure to exceed a certain GPA or the weight of communal expectations or the job they are expected to get upon graduation. On the second night we broke the ice by asking each participant to share something bitter and sweet that had happened to him or her between last Pesach and this year’s Pesach. The number of people in the room who shared stories of loss was surprising, especially considering that most of us had never met one another before. Almost everyone had experienced some sort of traumatic family event over the year—be it the death of a relative, a loved one contracting a disease, a parent losing a job or a family member undergoing a divorce. The stories brought a number of people to tears before we even made Kiddush. Yet the bitterness was tempered by stories of gratitude: births of nieces and nephews, soul mates found, internship acceptances, excitement about being admitted to NYU or the joy of being part of a loving family.

For the three hours that followed, everyone listened intently as the meaning behind each step of the Seder was explained. We then enjoyed a delicious meal sponsored by the Bronfman Center. Some students offered personal memories of Sedarim with their grandparents during our responsive and beginner-friendly Haggadah journey. With students from NYU’s Tisch School of the Arts at the table, we had a ready supply of actors who were eager to participate in a skit about the Four Sons. Everyone joined in as best as they could for the concluding songs, with “Who Knows One? One is Hashem!” being the highlight.

As students left at the end of the evening, my wife, Aliza, and I lingered by the door so we could learn more about each individual and what had brought him to the Bronfman Center for the Seder. Their stories were remarkable:

Three guys enrolled in the law school decided on their way to the gym to stop in for a few minutes so they could call their parents and tell them they had attended a Seder. A few minutes turned into a few hours. They could always go to the gym tomorrow, one noted, as he hugged me goodbye.

Ido*, an Israeli MBA student, had been looking in vain for a sense of family ever since arriving in America. He admitted to me that initially he didn’t think it was worth attending a Seder, as one on campus could never compare to a Seder at home, surrounded by relatives in Tel Aviv. Yet he left so pleased that he showed up, it seemed that he felt at home again—even if only for a few hours.

Jenn and Brian, seniors from Boston, were raised in traditional homes and lived around the corner from the Hillel all four years of college. They sheepishly admitted that they never once participated in a Jewish event on campus. I tried to understand why. “Well, we didn’t get involved as freshmen and always thought it would be awkward to start showing up to events in the middle of our college career.” They decided that before they graduate they should at least see what the inside of the Hillel looks like. Their regret at realizing what they had been missing out over the past four years was tempered by the knowledge that at least on this night they had made the right choice and would carry their college Seder experience with them after graduation.

Josh, the Modern Orthodox student from Long Island, had decided to stay on campus for the Sedarim, as “I never really enjoy Seder at home—it’s so long and boring.” I sensed he was masking a deeper disconnect from his family back home. He left with a spring in his step: “I’m going to suggest to my parents that we run an explanatory Seder next year, rather than just rushing through [the Haggadah] in Hebrew. My younger siblings would love it!”

Jasmine, a PhD student from Tennessee, was going through the geirut process, but admitted to feeling unsure if she would ever be fully accepted in the community. She shared that the Seder gave her the confidence to continue with her conversion. “I didn’t know that at Yetziat Mitzrayim every Jew had to choose: do I leave Egypt and be part of the Jewish people or not?” Realizing that unfortunately some chose not to made her aware that in a certain sense, she wasn’t so different from the other people in the room who were born Jewish—everyone has to actively choose to have a meaningful Jewish life. “Vehigadeta levincha bayom hahu, And you shall tell your children on that day.” May we all be blessed to be part of meaningful and inspiring Sedarim this year in which we get to share the vitality, warmth and privilege of Yiddishkeit with Jewish children everywhere.

Rabbi Gideon Black was born in Scotland and grew up in London. He received a law degree from University College London and a master’s in Jewish philosophy from Yeshiva University in New York. Gideon and his wife, Aliza, and two-year-old son, Judah, have spent the last three years living on New York University’s campus in Greenwich Village.