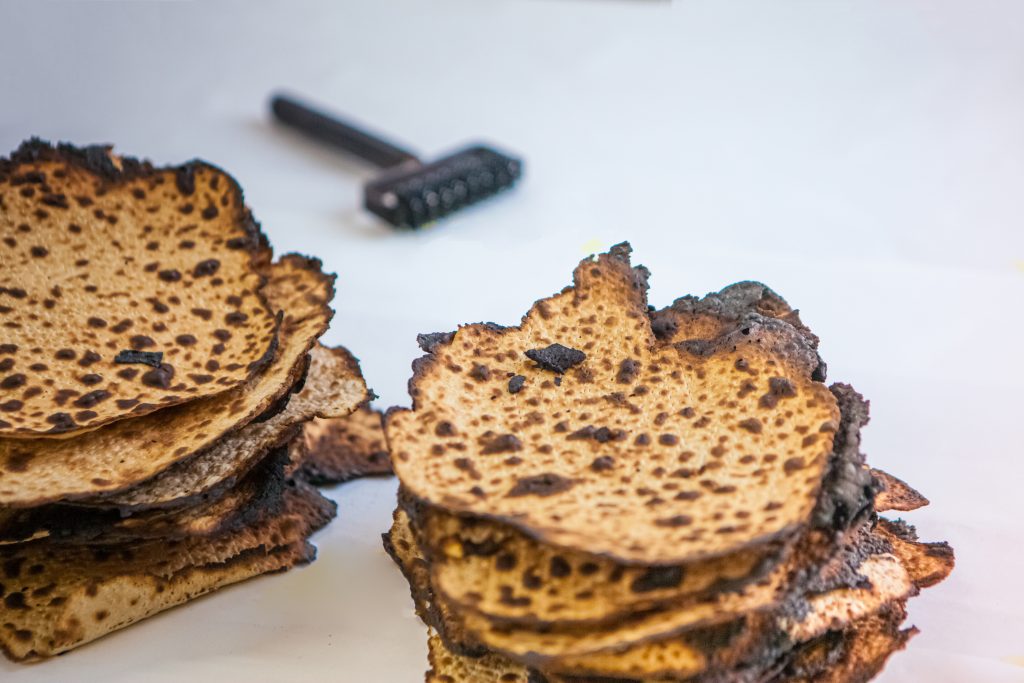 Perhaps because my father was born on the second night of Pesach, soon after the last of the seder’s four cups of wine had been consumed, was the holiday forever so close to his heart….Or perhaps because he was, accordingly, called Pesach, did this festival day become his favorite.

When I replay those precious Pesach nights of the past in my mind, forever a part of my consciousness and soul, I find I cannot help but wonder what had encompassed my parents’ thoughts at the time. Just as I reflect during our contemporary seders on the seders of my childhood, I surmise my parents must have reflected on theirs. Surely they would have seen in their own recollections their parents, brothers, and sisters, old and young converged together around the glittering festival-laden tables of their past. But alas, they would have undoubtedly been confronted with the stark torment of their loss.

For in Auschwitz it was inconceivable to have a seder or, at least, so it would seem.

It was the most envied of jobs among Auschwitz inmates: to work in the kitchen.  A few crumbs, a surreptitiously stolen bite of vegetable or bread would go a long way toward curbing the incessant hunger pangs that most were forced to endure. And if the work detail got a position in the part of the kitchen that served and supplied meals for the Nazi elite, it was if they had won a lottery!

Here there was always a taste of hearty left-over soup, a rejected turnip, even a piece of meat that could be salvaged. It could be eaten right then and there so no evidence of ‘stealing’ would remain. But the knowledge of having more than the others was, for some, too heavy a burden.  It was often then that an extra half-loaf of bread or a piece of vegetable would find its way into the camp’s barracks at night, carefully smuggled out through trusted volunteer couriers. Risks were commonly taken and the meager Auschwitz diet was thus supplemented…at least for some. As daring as some of the ventures were that the kitchen staff undertook in compassion for others and in stark defiance of their Nazi masters, none were as bold as the chance they took before Pesach of 1943.

The revered rabbis and Torah scholars of Auschwitz had painstakingly calculated and etched a somewhat cryptic and veiled Jewish calendar on the barrack’s walls. To the inmates, the etched numbers and symbols represented the passage of time, otherwise difficult to assess in the maddening monotony of Auschwitz life. Of even greater consequence was its communication of the times and dates of the sacred holidays.

They had secretly scratched off the days of the last month and knew that it was already Nissan, the month of Pesach, when the Biblical account of G-d’s miraculous deliverance of the Jewish people from the Egyptian bondage would normally be retold and celebrated, as it had been for thousands of years. Freedom from slavery, freedom to celebrate and fulfill G-d’s commandments, had always been the very essence of the holiday. 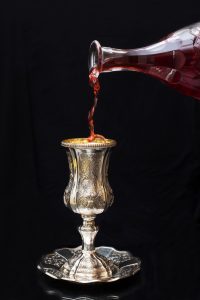 But in Auschwitz, it also constituted a dream, the daring hope and aspiration of every Jew that Pesach. How perfect a time for Moshiach to come! As children, the inmates of Auschwitz had carefully filled their cups with wine and stood at the doors of their beloved parents’ homes on Pesach night. There they had welcomed the Prophet Elijah to taste the wine of redemption, and within the same breath, they had solicited G-d’s revenge against their enemies: “Pour Your wrath upon the nations . . . For they have devoured Jacob and destroyed His Habitation. Pour Your anger upon them and let Your fiery wrath overtake them. Pursue them with wrath and annihilate them from beneath the Heavens of G-d.”

How fitting it would be to ask the Prophet Elijah to step into Auschwitz right then and there to herald the long awaited redemption.

Pesach was approaching. It was time for a miracle! Let it happen now!

A little sprinkling of flour was charily brushed away and put aside each day after baking. At least from a distance, such action would be made to appear as part of the routine clean up at the end of the day. Meticulous care was taken so no chometz would come near this flour, that it would remain clean and pure. It did not take too long before enough of this flour was set aside for the making of five matzos.

At great risk one of the camp’s bakers snuck into the kitchen in the dark of night and administered the finishing touches and checks to render the oven kosher for Pesach baking. The preliminary steps of kashering had already been carefully made in the final hours before the kitchen had been locked up for the day. The oven had been scrubbed, cleaned, and torched under camouflage and watchful eyes.

With practiced dexterity and timed precision, five round matzos were rapidly shaped and baked in the midst of the wretchedness and depravity of Auschwitz. A minyan, including the baker and several men of pious distinction, had already been formed; each candidate was carefully screened in advance for his worthiness and commitment before he was invited to partake of the matzo.

But that was not enough. It was decided that only those who vowed to refrain from eating any chometz throughout the entire week of Pesach would be allowed to participate in fulfilling the G-d-given commandment of eating matzo this Pesach.

The day Pesach Hochmitz had first entered Auschwitz’s gates he had learned of his young family’s catastrophic fate.  He knew he walked but several yards from the macabre site of their untimely demise. He was now alone; there would be no one waiting for him. He was free to risk his life, if he so chose.

As the holiday had always been close to his heart, Pesach did not hesitate to step forward, and he was honored to receive the cherished half-matzo that was to sustain him through the week.

But ten men in Auschwitz walked a little taller, their stance slightly prouder.

The size of his portion seemed to have somewhat diminished from what he had first imagined. He swallowed hard as his share of the sacred bread of affliction was handed over to him. He turned to the Heavens to offer a prayer of thanks for the special privilege of having matzo for Pesach and then cried out a desperate plea to the Almighty to help him get through the week. The ten of the minyan had resolved together that it would be best to give away any chometz they received in their rations to others who may want it. It was not hard to find customers for extra portions of bread and porridge.

That year, Pesach and nine other men each survived on a half matzo and water for the entire week of Pesach, working, standing in endless lines of appels and retreating at night to sleep on crowded planks in the stinking holes of Auschwitz’s barracks. There were those who ate their share within the first two days of the week. Others, like Pesach, let it last until the end of the seventh day, when the man they considered their Rav entreated them to stop their fast. As the eighth day of Pesach was only added to the holiday for those outside the Land of Israel and not commanded directly by the Torah, in light of the serious risk of starvation, they were told that they should commence eating the camp’s food immediately.

Years later, at the seder table he shared with his growing family in Canada, Pesach would outline with his thumb the size of the half-matzo he had survived on that week in the camps. The minyan had counted on augmenting their diet with vegetables but at the time “there wasn’t a vegetable in sight”.  The possibility of death by starvation had constantly been on his mind.

The minyan had made it through the week. Moshiach did not come. There was no illustrious redemption. But ten men in Auschwitz walked a little taller, their stance slightly prouder.  They had defied the heinous enemy and had stood steadfast in their faith.  Those close by who had watched the ten sacrifice were emboldened by their actions, uplifted by their contagious spirits. They whispered of the noble feat until a great number in the camp were quickly privy to the knowledge of an entire minyan fulfilling the commandment of eating matzo on the holy day and keeping Pesach in their midst.

Not every member of the minyan survived to conspire to bake matzo the next year, but those that did paved the way for others, and, once again, in 1944, ten men in Auschwitz had matzo for Pesach. By this time, many inmates were aware of what was happening and silently cheered the minyan on. In the end, word of the deed got out, and when the week of Pesach came to a close, merciless reprisal was exacted in the grueling appels of Auschwitz’s fields.

“But a whole Pesach had passed before they knew. I didn’t care what they would do to me! It was worth it . . . to have matzo on Pesach in spite of them! It was all worth it!” Pesach would say, remembering with satisfaction, a broad grin stretching across his face.