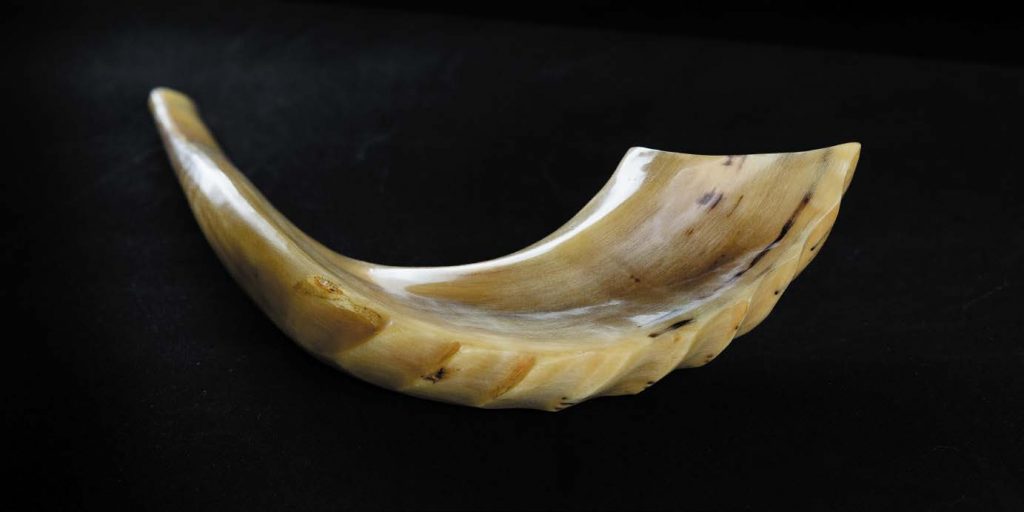 In his kinot teshuvah derashot, the Rav would often speak about the significance of and meaning behind the mitzvah of shofar.

It was the genius of the Rav that his kinot teshuvah derashot remained rooted in the halachic sphere and primarily based on lamdut related to a text (often the Rambam). At the same time, they contained powerful ideas related to the loftiness and unique holiness of the day—the kedushat hayom of the Yamim Noraim. The Rav would address the seeming contradictory nature of the mitzvah of tekiat shofar.

The Rambam insists that the very essence of the mitzvah is lishmo’a, to hear the shofar; indeed the “cheftza shel mitzvah (object of the mitzvah) is not the shofar, but the kol, the sound of the shofar itself. Nevertheless, the individual blowing the shofar is required to have kavanah (intent) to do the mitzvah. How is one to understand this seeming paradox?

In Brisker terminology, the Rav explained, the blowing of the shofar constitutes the ma’aseh mitzvah—the act related to the performance of the mitzvah—while listening to the kol shofar, the shemiah, represents the kiyum hamitzvah—the actual fulfillment of the mitzvah by the individual. There are, according to the Rav, mitzvot where one is required to perform a prescribed act, but the actual kiyum—the true fulfillment of the mitzvah—relates to the kiyum she’b’lev, the effect the mitzvah has upon one’s heart. Mitzvot such as tefillah (prayer), aveilut (mourning), simchat haregel (joy of the holidays) may have external actions associated with them, but their actual fulfillment depends upon the extent to which the activities express one’s innermost feelings. In repentance, Viduy, the confession, constitutes the ma’aseh mitzvah while teshuvah is the kiyum she’b’lev. Similarly, the mere mechanical act of blowing the shofar is a ma’aseh mitzvah but lacking in kiyum, fulfillment of the mitzvah, unless the kol has been heard and its message internalized.

The shofar, a cry beyond words, a mitzvah which consists of the very breath of man, expresses that which ultimately cannot be expressed by us in words but is all the more meaningful.

The Rav understood well that the normative performance of a mitzvah, such as shofar, requires precise and specific actions to conform to the strictures of the mitzvah, and in this regard, all who perform the mitzvah are equal. However, regarding kiyum she’b’lev, the Rav believed that the fulfillment could indeed vary depending upon the extent that mitzvah affects an individual’s consciousness and touches his heart. The kolot of the shofar, as defined by halachah (tekiah, shevarim, teruah), are sounds of a cry or a wail, but speak to us in various ways. The Rav at different times emphasized different approaches to their interpretation.

The Rav often cited the Rambam (Hilchot Teshuvah, 3:4): Even though the sounding of the shofar on Rosh Hashanah is a decree, it contains an allusion. It is as if [the shofar’s call] is saying: “Wake up you somnolent from your sleep and you who slumber, arise. Inspect your deeds, repent, remember your Creator . . .” “[In this Rambam,] the shofar is a call, as if from the Almighty, calling us back to him—a call to teshuvah, to repentance,” the Rav wrote.

At other times the Rav would quote the Ramban, who emphasizes the merger of the sounding of the shofar with the process of prayer with the berachot of Malchuyot, Zichronot and Shofarot, which express the essence of kedushat hayom of Rosh Hashanah. The kol shofar itself is a kiyum of tefillah, of calling out to Hashem at our time of supreme judgment. In standing before Hashem, we are limited to words in expressing our innermost emotions. The shofar, a cry beyond words, a mitzvah which consists of the very breath of man, expresses that which ultimately cannot be expressed by us in words but is all the more meaningful.

This dual purpose of the shofar is reflected in the duality inherent in the mitzvah—the tekiah and the shemiah—the sounding of the shofar and the listening to its voice. The Rav adds beautifully that the experience of sin splits the human personality and divides it from its innermost being. The mitzvah of shofar, itself split between the toke’a and the shome’a, seeks to restore the unity of the total individual, as he performs the act of teshuvah. The toke’a, who sounds the alarm, calls to the shome’a as he listens and stands before Hashem in judgment.