IN COMMEMORATION OF THE RAV’S TWENTY-FIFTH YAHRTZEIT 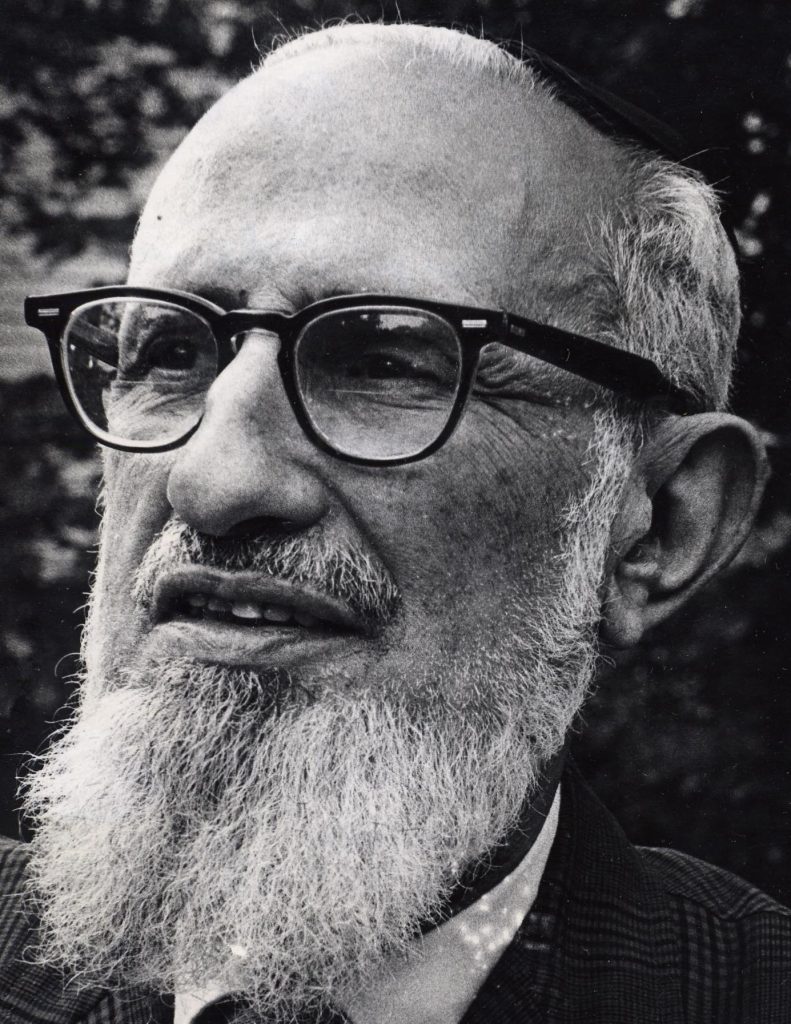 The posthumous life of a great Talmudist and philosopher invariably undergoes transformations. Among the transformations of Rabbi Joseph B. Soloveitchik’s posthumous life are these: an astonishing expansion of his written oeuvre; a softening of his image among many so-called right-wing circles of Orthodoxy; a calcification of his image among many so-called modern circles of Orthodoxy; a sharp disagreement over his stance on Zionism; and what I would call a naïve attribution to him of inconsistency based on a blindness to his common sense, wise and inevitably varied response to individual disciples. Surpassing all these are the astonishing dimensions of a continuing influence that would not have been predicted even the basis of his considerable influence during his lifetime.

1. One who has come to study the Rav’s writings since his death would never guess that during his lifetime it was often noted that his influence stemmed from his classroom lectures, not from his published writings, which were accurately deemed sparse. In one of the earliest analyses of the Rav, the late Professor Eugene Borowitz observed that it was necessary for a critic to present Rabbi Soloveitchik’s ideas to the public since they were shared orally, available only to his students. The enormous number of published volumes of the Rav’s Talmudic lectures and philosophical and homiletical writings since his death, not to mention the critical studies of the Rav’s thought, stand in dramatic contrast to his literary legacy during his lifetime.

2. The opposition to the Rav in right-wing Orthodox circles during his lifetime was sharp and often personal, based primarily on his embrace of the study of Western philosophy and of the institution, Yeshiva University, that validated this type of study. Much of that opposition has declined, as those most opposed to the Rav have themselves died; as the brilliant Talmudic expositions of the Rav have attained wide circulation; and as the gap between many of the rabbinic graduates of YU and of right-wing yeshivot has narrowed.

3. The Rav, who never called himself a “Modern Orthodox Jew” and rarely, if ever, used the term, has been reframed as the father of “Modern Orthodoxy.” In fact, the Rav’s vision was much more spiritual than sociological, and much more universal than particular. He saw his study of Western philosophy as enabling him to address the existential issues facing all Jews, and indeed humanity, not just one group of Jews.

4. Was the Rav a Zionist? And if so, a “messianic” Zionist or a “pragmatic” Zionist? That is, was the founding of the State of Israel a Divine step portending an immediate, ultimate redemption, or a pragmatic, political and beneficial reality for a persecuted people? The answers among disciples vary widely. Here, we reach the recasting of the Rav as an eternally confident, oracular authority, when he was, in fact, sometimes uncertain, and always sensitive to recalcitrant, shifting realities in both society and the individuals who sought his guidance. Which leads to this:

5. It is unrealistic to expect that a large number of disciples and attendees of his Talmudic lectures would be capable of hearing the Rav in the same way. Individual disciples brought their own perceptions, abilities and limitations to their interactions with the Rav. Yet, we often hear since the Rav’s death, and often in strident terms, that it is “I”—in other words, one person— who has the “real” reading of the Rav’s thoughts on everything from Zionism to secular studies to women’s Torah study to the appropriate curriculum for day schools to the political agenda of the Orthodox community. “I have the real Rav,” to the exclusion of other people’s Rav, it is often heard. In fact, the Rav’s subtleties were more than could be absorbed by most disciples. When contrary claims are made as to the Rav’s “real” position on a given issue, the cause is less likely some deep fissure in the Rav’s thinking than in his recognition that he could communicate only so much to a given disciple.

Above all these matters, what strikes me most about the Rav’s legacy is how deeply he has penetrated the lives and minds of so many people, both those who knew him and those who did not. While it is true that his lectures were well attended, the number of people who have gained from the Rav since his death dwarf the number of people who knew him from shiur or from Boston. This lonely man of faith has created an enormous, informal community of students that would, I suspect, surprise even him. From New York to Zurich, from Jerusalem to Santa Fe, from English readers to readers in Hebrew, Spanish and many other languages, the name “Rabbi Joseph B. Soloveitchik” needs no introduction. The current signs indicate that the impact of this gadol baTorah will only continue to grow.

Rabbi Hillel Goldberg, PhD, is the author of Between Berlin and Slobodka: Jewish Transition Figures from Eastern Europe (New Jersey, 1989), which included a synoptic biography of Rabbi Joseph B. Soloveitchik