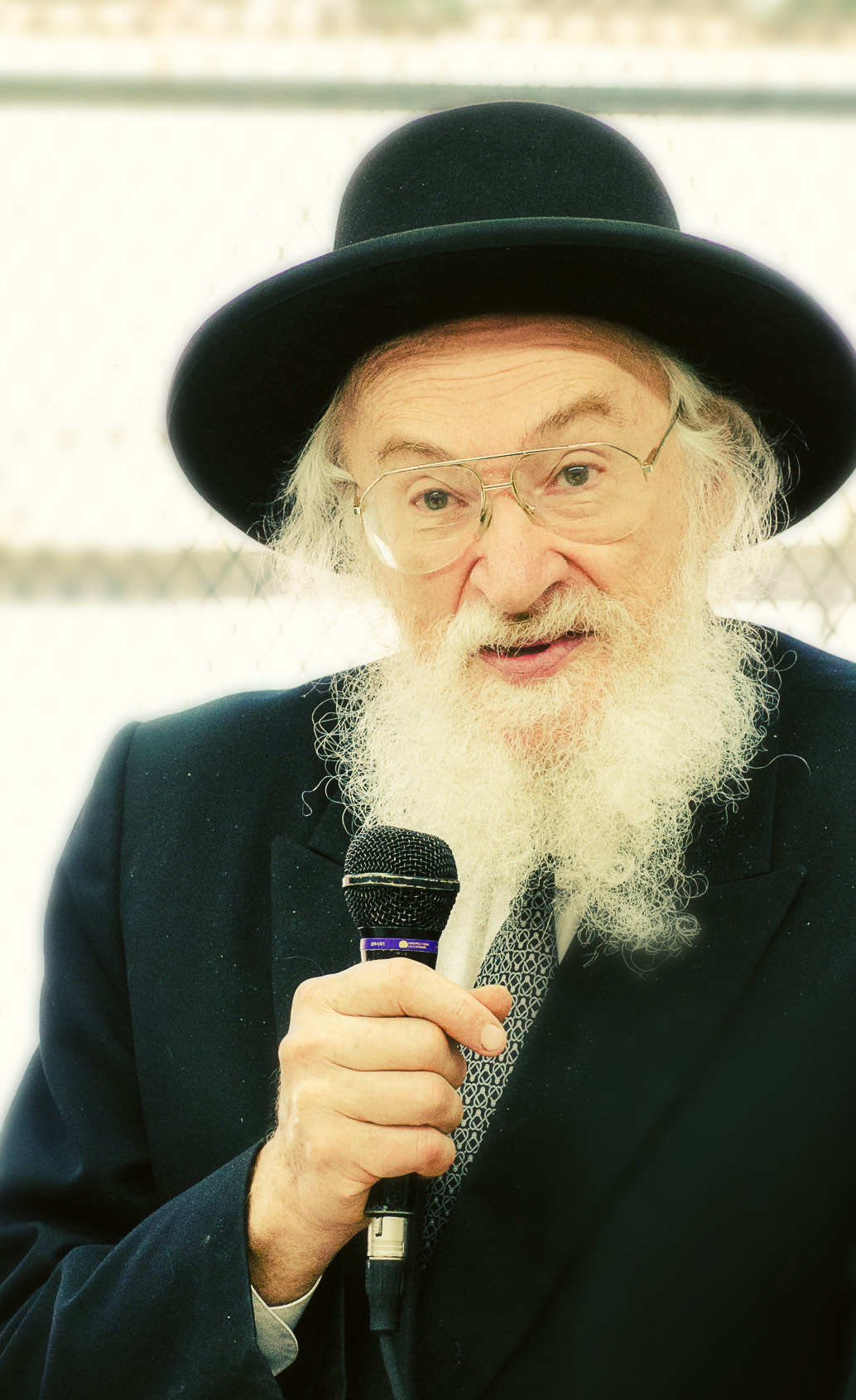 Rosh yeshivah, maggid shiur, rav, ba’al tefillah, mohel. Rabbi Chaim Yisroel Belsky, zt”l, held all of these titles as well as one more: posek for OU Kosher. I had the privilege of assisting Rabbi Belsky in this capacity, presenting kashrut questions to him and recording his pesakim (rulings). What made Rabbi Belsky such an outstanding posek? Below are a few of the exceptional qualities I merited to observe while working with him.

Rooted in Mesorah (tradition): Rabbi Belsky was a ba’al mesorah. When Rabbi Belsky would give a pesak, it was often built on a principle that he had heard from one of his rebbeim, Rabbi Yaakov Kamenetsky, zt”l and Rabbi Moshe Feinstein, zt”l. At OU Kosher, we felt confident that the halachic decisions rendered by Rabbi Belsky were rooted in mesorah.

Knowledge of the sugya (topic): Once a complex halachic question arose involving a section of the Shulchan Aruch that is not commonly studied. Another rav who had taken a public position on the matter commented to Rabbi Belsky that he was gratified that this question had arisen, as it presented him with the opportunity to study the topic in depth. Rabbi Belsky related that he was troubled as well as mystified. How can a rav render a halachic decision after learning the sugya “in depth” only one time? Rabbi Belsky would say that only after one has studied a sugya for years and years, turning the sevarot [theories] over in one’s mind, can one apply them to real-world situations (halachah l’ma’aseh). The Gemara (Shabbat 145b) quotes the verse in Mishlei, “Say to wisdom, ‘You are my sister’” (7:4). The Gemara explains that the verse means the following: one must be absolutely certain about a particular topic—as certain as one is that his sister is forbidden to him [i.e., constitutes one of the forbidden relationships in the Torah]—before he speaks about the topic. If he lacks that level of certainty, he should refrain from speaking. When Rabbi Belsky would put forth an opinion based on logical deduction (sevarah), he had already considered the matter and all of its ramifications countless times.

Deliberate:  “Hevu mitunim ba’din, be careful in judgment” (Avot 1:1). A posek should not make decisions hastily. He must first assemble all the relevant facts. Often when a she’eilah would arise pertaining to a kashrut issue, there would be pressure for decisions to be made quickly and for the OU to take a position. Rabbi Belsky never allowed himself to be pressured into rendering a pesak prematurely. He would insist on waiting until all the facts had been established. He was quick to point that a safek chisaron yediah (a doubt brought about by lack of knowledge) does not have the halachic status of a doubt. The vast majority of the time the hype proved to be just that. After all the data would be reviewed and scrutinized under the prism of halachah, invariably the wisdom of Rabbi Belsky’s approach would become apparent.

Familiarity with the metziyut (reality): Rabbi Belsky was not only familiar with Shulchan Aruch, Shas and posekim, he was also very knowledgeable in the sciences, including chemistry, biology, physics, astronomy and mathematics. His encyclopedic knowledge enabled him to grasp the intricacies of food technology and manufacturing processes. He could explain to a plant manager how various equipment would need to be modified so that they could be kashered. I recall once discussing with Rabbi Belsky the status of a storage tank that had undergone a process called passivation. Rabbi Belsky proceeded to give a lecture on passivation and how it works; he then issued a ruling on the halachic status of the tank. With each she’eilah, Rabbi Belsky showed his complete mastery of the topic, and his decisive rulings left no room for doubt.

Wary of chiddushim: Although Rabbi Belsky was an original thinker, he was very selective when it came to chiddushim (novel or untraditional halachic ideas). He would only accept a chiddush that had halachic ramifications if it could be supported by the sugya and early commentaries. Rabbi Belsky loved to joke that the two-letter abbreviation “eiyin-daled” often used at the introduction of a chiddush, which stands for aniyut da’ati (in my humble opinion), could also stand for olam ha’dimyon (in the world of fantasy). Referring to a teshuvah as “an unsupported chiddush” was one of his harshest criticisms. 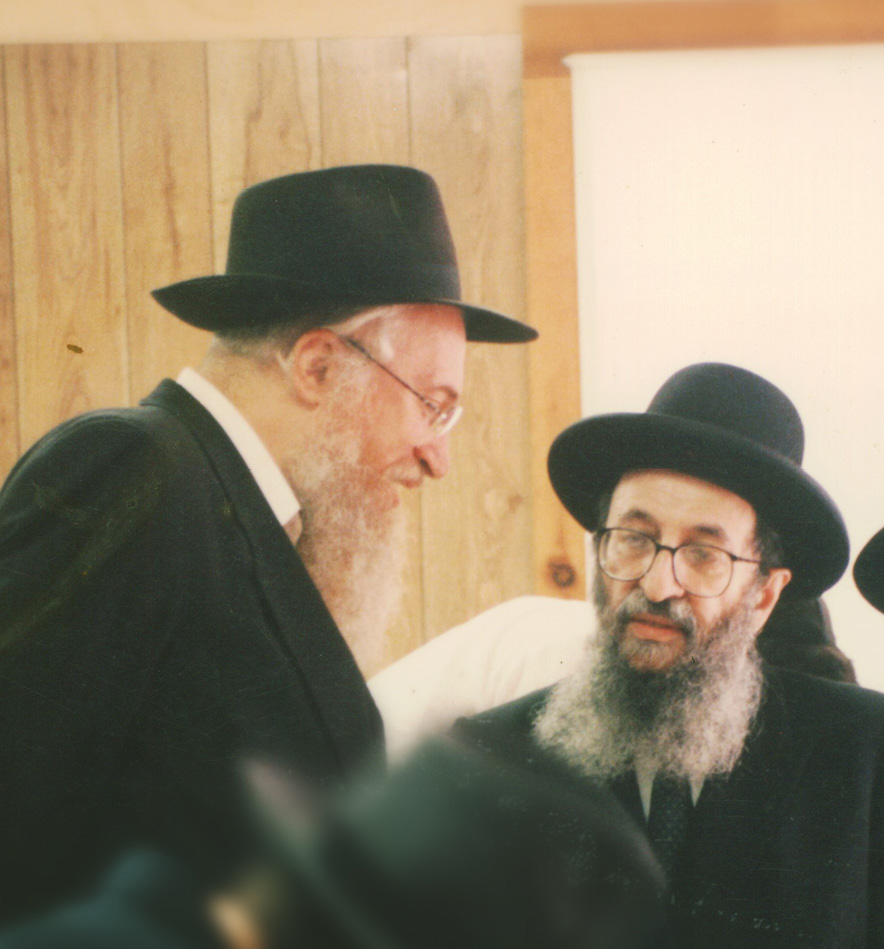 Consistency: Rabbi Belsky would often quote the Gemara in Eruvin (13b)—“Rabbi Acha Bar Chanina said, ‘It is revealed and known before He who spoke and created the world that there was no one in the generation of Rebbi Meir that was his equal. So why does the halachah not follow Rebbi Meir? Because his peers could not understand his conclusions. He would declare that something tamei [ritually unclean] was tahor [ritually clean], and he would be able to prove it; he would declare that something tahor was tamei, and he would be able to prove it.’” Rabbi Belsky explained that Rebbi Meir’s greatness was that he could delve into a topic many times and each time he would learn it with a freshness that allowed him to arrive at a new and different conclusion. One day Rebbi Meir would study the topic and conclude that the item was tamei. The next day he would learn the topic from a different perspective and conclude that the item was tahor. His peers never knew what his final conclusion was. Rabbi Belsky explained that Rebbi Meir was a rosh yeshivah, and the ultimate purpose of a rosh yeshivah is to instill in his students the ability to think. This requires constantly viewing a thought or idea from new and different angles and perspectives. Unlike a rosh yeshivah, however, a posek must come to a conclusion and be consistent. Rabbi Belsky would quote the Gemara in Bava Metzia (117b): “Rabba said, ‘Accept the words of Rebbi Nosson since he is a judge [posek] and has plumbed the depths of halachah.” Rabbi Belsky had exactly this characteristic. He would plumb the depths of halachah before he would make up his mind as to the halachah, but once he came to a conclusion he was unmovable. OU Kosher has thousands of Rabbi Belsky’s rulings that have been recorded and indexed. One can compare his various rulings, amassed over thirty years, and he will find extraordinary consistency throughout. (Sidebar: Rabbi Belsky’s wide-ranging pesakim on kashrut.)

Ahavat Yisrael: Rabbi Belsky had tremendous love and respect for every Jew. Rabbi Belsky had a way of making everyone feel included and important. He would bring talmidim from Torah Vodaath to the OU national headquarters in downtown Manhattan every week to show them the behind-the-scenes workings of the kosher-certification industry; and he would always include them in the discussions and ask for their opinions. Although he came to the OU to discuss various kashrut issues and she’eilot that arose, there would always be lines of people waiting to seek his advice or guidance or to unburden their troubles. He would never rush anyone, or act as though he had anything more important to do but to sit and discuss whatever issue was at hand.