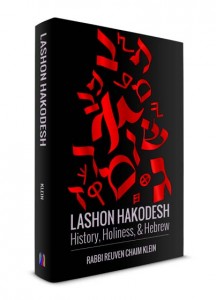 We pray and recite blessings in Hebrew, study sacred Hebrew texts and speak Hebrew in Israel. But what is this language? Where did it come from and how did it become the de facto Jewish language after centuries of Yiddish, Ladino and other Jewish languages?

In an exhilarating journey through history, Rabbi Reuven Chaim Klein describes the progression from Adam (the first Hebrew speaker) to the Chazon Ish (who offered legitimacy to yeshivot that teach in Modern Hebrew), from the Tower of Babel’s linguistic destruction to Eliezer Ben-Yehudah’s linguistic victory. This masterful work weaves together midrash, Medieval philosophy, modern rabbinic commentary and a light touch of academia to create a traditionalist history of Hebrew. With his feet firmly planted in rabbinic thought, Rabbi Klein fleshes out a theory of a holy language, corrupted at times by outside influence, replaced at times by other languages like Aramaic and Greek, and finally transformed into Modern Hebrew that has only been reluctantly adopted by religious Jews.

Rabbi Klein sees history through a rabbinic lens but does not resort to harmonizing different views in order to present a single approach. What language did Adam speak? Rabbi Klein places six different opinions before the reader, covering a remarkably broad base of rabbinic texts. This book is a readable encyclopedia of rabbinic views on the Hebrew language and much more. 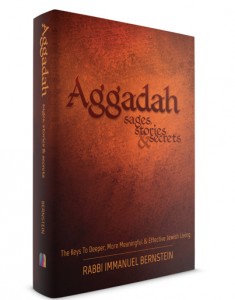 Rambam famously listed three ways to read Aggadah, the non-legal portions of the Talmud. In so doing, Rambam inadvertently left room for a fourth way that he certainly did not intend. Rambam says that some readers take the rabbinic stories literally and accept them as fantastic fact; others understand them on a literal level and reject them as rabbinic fantasy. The third and proper way, he explains, is to read the stories symbolically, as allegories presenting profound ideas. To Rambam, Aggadah is the storehouse of Jewish thought, not mere legend. Some readers take this to an extreme, turning Aggadah into abstract concepts far removed from the text. Effectively, they read their own ideas into the rabbinic stories, turning every detail into a symbol for their personal ideology.

Rabbi Immanuel Bernstein, who currently teaches at Yeshivas Machon Yaakov and at several women’s seminaries in Jerusalem, takes a middle path. With tremendous breadth, he explores eighteen topics of Aggadah. One of the challenges of studying Aggadah is that the commentaries directly on the text are sparse. The greatest insights into Aggadah are spread widely across rabbinic commentary, in sermons and discourses on a variety of topics. Therefore, it is very difficult for a student of texts to find the relevant commentaries (although I have found Rabbi Moshe Zuriel’s Leket Peirushei Aggadah to be an extremely useful index, even if not comprehensive). Rabbi Bernstein does not offer an answer to this dilemma of disperse commentary. However, on his selected topics, he shows how a master explains Aggadah symbolically but not abstractly, deftly quoting commentaries from across the spectrum of literature.

Rabbi Bernstein chose his topics well. He addresses the key elements of Jewish faith and life, such as free will, Divine tests and truth. While he does not teach students how to delve into the wisdom of Aggadah on their own, he shows example after example of how diverse commentaries explain the texts in ways that are profound and meaningful. This is a book of Aggadah interpretation, a rare window into classic discourses on Aggadah. 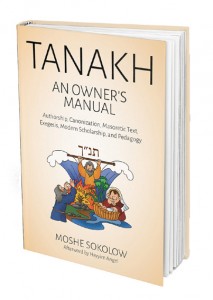 Orthodox Jews grow up familiar with the Bible stories from hearing them during the weekly Torah readings and studying them in yeshivah. Knowing the text and characters so closely from our youth, we often fail to think about basic questions, such as where these stories come from, who wrote them and how accurately these stories are portrayed after thousands of years. We know the standard commentaries by name but often fail to ask who they were and what influenced them to explain the Torah in that way.

Every Yeshiva College student is required to take an “Intro to Bible” course that offers an overview of Hebrew Scripture and its history. I remember my experience taking that course, which was full of lively discussion and debate as we reexamined the familiar text and its commentaries. These issues touch on sensitive theological matters, which is why it is so important that the course be taught by Orthodox scholars. However, a mature understanding of the Bible requires thinking about many of these issues, especially those that arise within Talmud and traditional commentaries.

Dr. Moshe Sokolow, professor of Jewish education and the associate dean of the Azrieli Graduate School of Jewish Education and Administration at Yeshiva University, encapsulates this course in his book, Tanakh: An Owner’s Manual. He carefully describes the different opinions on issues of authorship of later books of the Bible, placement of the books in the divisions of Prophets and Writings, the transmission of the Masoretic Text and the different approaches of Biblical commentators. Dr. Sokolow writes concisely and carefully. Fully aware of the minefields of Biblical criticism and archeology, he explains that Orthodox Jews should not feel bound to respond to speculative theories, but he nevertheless provides a survey of Orthodox scholarly responses.

In his precision, Dr. Sokolow avoids polemics and apologetics. However, he also omits the back-and-forth arguments, a wise editorial decision but one that causes the book to lose the liveliness I remember of my “Intro to Bible” course. This book serves as an excellent refresher for Yeshiva College graduates who have long lost their college notebooks. It is also an important resource for any Orthodox Jew curious about how the Bible we know came to be. 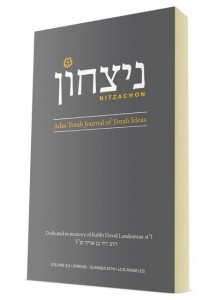 Under the leadership of Rabbi Dovid Revah, Adas Torah, a congregation in Los Angeles, has been engaged in a long-term project to enhance Torah study in its community and around the world. For the past two years, the shul has published a high-level, English-language Torah journal, Nitzachon. Rabbis, educators and laypeople, all members of the shul, contribute original essays on Jewish texts and thought to this semi-annual publication. This is a project of intense communal learning on multiple levels.

The research involved in preparing an article can be enormous. The writer has to carefully study a number of subjects until arriving at one on which he has an original contribution. He then has to delve deeply, exploring related texts and alternate interpretations. Then comes the difficult task of clearly formulating his thoughts so that readers can appreciate the ideas. For some people, this is the hardest part. Each writer becomes a teacher, taking readers on a journey through the questions and answers, the texts and commentaries. When the journal is finally published, the community shares in the Torah study, both locally and globally, since the full journal is placed on the shul’s web site. A handful of other shuls around the country are engaged in similar projects, producing quality Torah from members who joyously study and teach in this way.

The latest issue of Nitzachon, the fifth to date, is dedicated to the memory of Rabbi Dovid Landesman, the beloved principal of Yeshiva University for Los Angeles Boys High School, who passed away suddenly last summer. In addition to a biography, the journal contains two important essays by Rabbi Landesman that reflect his enormous charisma and his ability to convey the most important lessons in simple terms. May his memory serve as an inspiration and a blessing. All issues of Nitzachon can be accessed at http://adastorah.shulcloud.com/nitzachon.

Rabbi Gil Student writes frequently on Jewish issues and runs Torahmusings.com. He is a member of the Jewish Action editorial board.