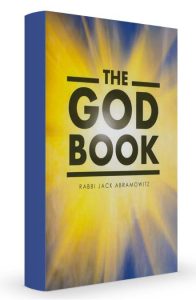 The problem with medieval Jewish philosophy is that it is medieval and it is philosophy. In other words, it contains complex philosophical arguments that are based in the Neo-Platonic and Neo-Aristotelian worlds of the Middle Ages. Anyone today who studies those important works has to wade through arguments that no longer resonate, as well as scientific-cosmological descriptions that have long been supplanted. Yet, these philosophical works contain important Jewish ideas about life, the world and our relationship with God.

Rabbi Jack Abramowitz attempts to isolate the theology—religious thought—without the medieval baggage. He summarizes Maimonides’ Guide for the Perplexed by topic, skipping the heavy philosophical argumentation and outdated context. What remains are ideas that make sense to contemporary Jews, written by a master communicator. Topics include good and evil, the purpose of the Torah, what we know and can say about God, what constitutes love of God and how we acquire it, and much more. Rabbi Abramowitz isolates the hashkafah, Jewish thought, in the hardest book of medieval Jewish philosophy. He does the same for Maimonides’ Hilchot Yesodei HaTorah, Rabbeinu Bachya’s Chovot HaLevavot and Ramchal’s early-modern Derech Hashem.

I disagree with Rabbi Abramowitz’s inclusion of the last work on that list, because it is neither medieval nor is it particularly difficult. However, Rabbi Abramowitz succeeds magnificently in making all of these works—the complex and the straightforward—remarkably accessible to anyone interested in learning hashkafah. His prose is concise, clear and replete with contemporary examples. He offers the general public access to the conclusions of these deep and often dense philosophical works.

I wonder what Maimonides would say about this summary. On the one hand, he felt it critical that basic theology be disseminated among a broad public. That is the reason for his Thirteen Principles of Jewish faith. On the other hand, he intended Guide for the Perplexed for the scholar, including within it intentional contradictions to pose challenges for the novice. Has Rabbi Abramowitz undermined Maimonides’ literary concealment? Or has he offered a surface treatment that does not access the depths of Maimonides’ underlying philosophy? Or, put differently, if we removed the medieval and the philosophy from medieval Jewish philosophy, are we left with anything coherent? I believe we are left with guidance for the ages, which Rabbi Abramowitz places before readers who might otherwise be intimidated by this oeuvre. 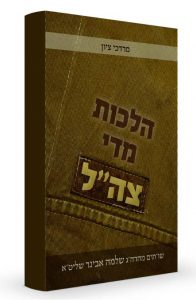 You will not find a section on the laws of army uniforms in the Shulchan Aruch. Classical texts of Jewish law do not discuss proper treatment of army uniforms for a simple reason: while Jews served in the armies of many countries, they did not serve in their own army since the times of Bar Kochba. After nearly 2,000 years, that changed with the establishment of the State of Israel. Does halachah reflect that change?

Rabbi Mordechai Tzion (formerly Friedfertig) translates, edits and publishes the teachings of Rabbi Shlomo Aviner. In this short book, Rabbi Tzion arranges Rabbi Aviner’s rulings regarding IDF uniforms according to the order of the Shulchan Aruch. Following the list of rulings are questions posed to Rabbi Aviner and his answers, along with Rabbi Tzion’s expansions and citations of contemporary responsa. Rabbi Aviner is famous for his breadth of knowledge, love of Israel and fearless pursuit of religious ideals. Rabbi Tzion’s remarkable mastery of contemporary halachic literature adds color and context to Rabbi Aviner’s answers and great treasures for researchers.

Issues range from the religious significance of IDF uniforms to proper attire for prayer to preferred dress for Shabbat. Can a soldier pray in his uniform? Does a soldier say the Shehecheyanu blessing on receiving a new uniform? May a soldier in mourning rip his uniform at a family member’s funeral? According to Rabbi Aviner, yes, yes and yes, with extended explanation by Rabbi Tzion.

Rabbi She’ar Yashuv Cohen, zt”l, surprised Jerusalem rabbis when he arrived at his 1953 wedding wearing his IDF uniform rather than the shtreimel that was more common at Jerusalem rabbinic weddings. On being asked whether this was appropriate, Rabbi Zvi Yehudah Kook responded that the shtreimel is revered because of the great and holy people who wore it. In contrast, the IDF uniform is intrinsically holy. (See also the Ba’al HaTurim to Vayikra 6:3). This book is a tribute to the great mitzvah of defending the Jewish State and a helpful guide to religious IDF soldiers. 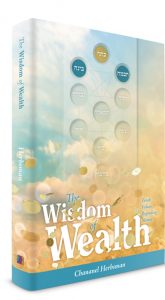 Money can’t buy us love; it can smooth over many of the bumps in our lives, but it can also cause many problems. Should we strive to live simple lives of holy poverty or lives of privilege and ease? Is the Torah pro or anti wealth?

Tanach points us in different directions. On the one hand, acquiring wealth should not be a goal: “He who loves money will never be satisfied with money” (Ecclesiastes 5:9). “For when he dies, he will carry nothing away; his wealth will not descend after him” (Psalms 49:18). On the other hand, Shlomo is praised for his great wealth (II Kings 5:1-8). This seems like the standard mixed message we hear from community leaders—telling people to value spiritual accomplishments rather than money while praising the wealthy for their large donations.

Rabbi Chananel Herbsman explains that money is valueless. If used for good and with proper intentions, it can serve an important religious function. Our primary concern must be in developing our personal relationships with God. Wealth can offer us the financial independence to focus on religious growth. However, when improperly placed in a person’s life, wealth can destroy a religious personality by breeding arrogance, waste and indulgence.

Poverty, too, can offer an opportunity for developing a healthy religious personality. A person who needs help can learn to turn to God for assistance and guidance. However, he can turn in the other direction, growing envious, resentful and desperate. The key is attitude. Every situation in life, including our finances, should be seen as an opportunity to reach out to God. 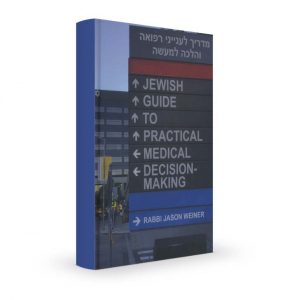 Medicine changes at such a dizzying pace that ethicists have to run to catch up. Rabbis often respond in journals and responsa that remain out of reach for the broader community. Rabbi Jason Weiner, a hospital chaplain and synagogue rabbi, combines real-world experience with extensive research to provide an overview of Jewish approaches to a wide range of medical issues. Rabbi Weiner writes for patients, rabbis and medical professionals. He therefore uses sympathetic and non-technical language that respects the patients’ experiences and provides easily understood options, supplemented by endnotes with extensive citations.

As a methodology, Rabbi Weiner attempts to survey the issues, explaining the different opinions rather than offering specific conclusions. However, when necessary he follows the rulings of Rabbi Shlomo Zalman Auerbach or, in the absence of his opinion, that of Rabbi Moshe Feinstein, as well as the guidance of Rabbi Asher Weiss. In addition to presenting rulings on Jewish law, Rabbi Weiner also explores the underlying values and ethical considerations that often speak more to a patient than the laws. Is prayer futile for a terminally ill patient? Rabbi Weiner explains the views of Rabbi Auerbach (yes, it is futile), Rabbi Yaakov Yisrael Kanievsky (it is never futile) and Rabbi Joseph B. Soloveitchik (even futile prayer can be uplifting).

Writing as a chaplain, Rabbi Weiner is keenly aware of the frequent dilemma of assisting a patient who chooses a medical option that Jewish law does not allow. He offers meaningful suggestions on how to relate to a patient who requests physician-assisted suicide, or a family that wants to cremate a relative. He suggests—rather than try to convince patients and family that their preference is wrong—listen to them and empower them by offering options that provide them with the control and independence they desire. In a broader context, this is wise advice for dealing with anyone seeking religious guidance.