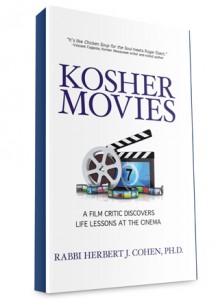 This year marks the centenary of the release of D.W. Griffith’s monumental Birth of a Nation, a film that—despite the controversy that continues to surround it because of its rampant racism—set the motion picture on its way to being the dominant and most influential medium of visual arts in the twentieth century. As the first successful feature-length film, Birth of a Nation revolutionized movie storytelling through its epic sweep, its cast of hundreds and its nearly three-hour length. The hullabaloo that it engendered testified to its enormous cultural influence at the time and the effect that it had on catapulting a fledgling movie industry into the center of American cultural expression.

At the forefront of the ensuing motion picture revolution were Jews. Samuel Goldwyn, Louis B. Mayer, Marcus Loew, William Fox and Irving Thalberg were among the principal founders of such important motion picture studios and production companies as Paramount Pictures, Fox and MGM. The trajectory of the film industry, and the cultural influence it brought to bear, necessarily contained a significant Jewish element. It is no surprise that the first motion picture with sound was The Jazz Singer, the story of a traditional Jew who seeks fame and fortune as a popular entertainer and the tension of assimilation that such a pursuit engenders, starring Al Jolson, himself the son of a chazzan. Jewish values that mirrored those of society at large, such as overcoming adversity, the triumph of hope and the belief in second chances, became ingrained in the American psyche through their depiction on the silver screen.

The relationship Jews have had with the prevailing culture around them has often been fraught with tension, particularly following the Emancipation, when Jews were invited to join that culture. One of the greatest challenges that has defined American Jewish life since the nineteenth century has been the degree to which Jews would engage with popular culture, with the most traditional rejecting it outright and the more liberal embracing it—sometimes exclusively—along with their American identities. In his engaging new book, Kosher Movies: A Film Critic Discovers Life Lessons at the Cinema, Rabbi Dr. Herbert Cohen taps into many of those rudimentary values that have served as the foundational underpinnings of 100 years of storytelling on film. In so doing, Rabbi Cohen highlights the peculiarity of the Modern Orthodox approach to engagement with popular culture—and film, in particular—as a means to glean from it common experiences of life that can and should enhance an Orthodox expression and appreciation of the world, and humanity within it.

“We learn about God not only through His words but also His works. My task as a teacher of . . . film is to give students the tools to discriminate between the wheat and chaff of secular culture.”

Kosher Movies is ostensibly a collection of short essays on movies (billed somewhat misleadingly as “reviews”) that serve to reinforce this Modern Orthodox ideal. Grouped together by themes such as parenting, relationships, sports and adversity, ethics and self-improvement, these selections—largely no more than two pages each—intend to discuss the overarching leitmotifs and ideas that the films themselves convey to reach almost a homiletical conclusion of some of what Orthodox Jews should garner from watching movies as varied as Ferris Bueller’s Day Off and Goldfinger.

Nevertheless, one should not confuse this book with more classical film reference works such as those of famous movie critics Leonard Maltin or Roger Ebert. For instance, Rabbi Cohen’s review of The Iron Lady, a monumental film chronicling former British Prime Minister Margaret Thatcher’s rise to and fall from power, concentrates exclusively on the interaction between Thatcher and her children, an important, yet thoroughly minor element to a performance that earned Meryl Streep her third Academy Award. Read together, however, these essays speak less about the movies they describe and more about the intellectual and personal development of the author. The autobiographical nature of the book, particularly its usage of films as touchstones to significant characters and events in Rabbi Cohen’s development, is at once intensely personal and thoroughly engaging.

Via film reviews, the reader becomes privy to some of the most important and powerful moments of Rabbi Cohen’s life: the first time he sat in a shiur given by Rabbi Joseph Ber Soloveitchik, zt”l, his relationships with Rabbi Chaim Pinchas Scheinberg, zt”l, and Rav Aharon Lichtenstein, zt”l, the birth of his children, the agony over the shocking loss of his first wife, his remarriage, his teaching career in Canada, his aliyah and his new life in Israel. What emerges is an extraordinary story of someone truly committed to the essential elements of the Modern Orthodox ethos, tapping into the inherent tension between Torah culture and that of the surrounding world to tease out unique insights into God’s creation. Tying these carefully selected anecdotes to the motion pictures he reviews, Rabbi Cohen accomplishes the improbable: eliciting divrei Torah from what otherwise might be considered frivolous entertainment. Moreover, through his love of both Torah and film, Rabbi Cohen brings to the fore the comforting attributes that both religion and popular culture share in their inherent relatability.

Jewish values that mirrored those of society at large such as overcoming adversity, the triumph of hope and the belief in second chances became ingrained in the American psyche through their depiction on the silver screen.

Kosher Movies succeeds in promoting some ideals that in many quarters have been considered passé, namely the effective synergy of the devotion to Torah and the careful application of general, in this case, popular culture. Coming of age at Yeshiva University in the 1960s, arguably the zenith of these ideas, Rabbi Cohen rejects the contemporary notion that the Modern Orthodox approach is intrinsically flawed and does not work. On the contrary, he states that “We learn about God not only through His words but also His works. My task as a teacher of . . . film is to give students the tools to discriminate between the wheat and chaff of secular culture.” Rabbi Cohen’s unapologetic love of both Torah and movies is evident throughout. Though the book contains the necessary caveat that one should consult movie parental advisories to determine the propriety of films in family and school settings, Kosher Movies remains a strong advocate for watching films through a specific lens of Torah.

Western society, both Jewish and secular, has taken many turns since the first feature film and the heyday of Modern Orthodox thought. In an age of abject permissiveness in secular culture and the meaningless hollowness of the trend of “Social Orthodoxy,” Kosher Movies reminds us that there are spiritual and inspirational nuggets of gold to be discovered and harnessed from the world around us as depicted in popular culture that truly complement a Torah lifestyle.

Daniel Renna is a foreign service officer and currently the senior desk officer for the Democratic Republic of the Congo at the US State Department. He taught American popular culture to American studies majors in Armenia.