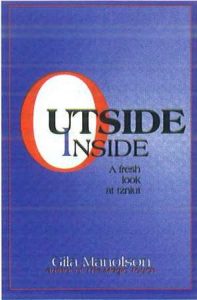 The feminist Germaine Greer once described an unpleasant lunch hour she’d had one day in a trendy Manhattan restaurant.  For three decades a figure of some renown and influence in the American women’s movement, Ms. Greer was finding it difficult that afternoon to get her waiter’s attention.  As she sat there impatiently, trying to catch his eye – any waiter’s eye – she noticed that a number of younger women didn’t seem to be having the same problem.  In fact, at the next table over, not only was a waiter responding diligently to a good-looking diner’s every request, but to make matters worse, the young woman in question was accompanied for lunch by someone just about Ms. Greer’s own age, an enthralled middle-aged man.

That’s when it hit her, said Greer:  she’d become invisible.

For a female who has absorbed, from adolescence on, the notion that to be lovable is to be attractive, watching one’s youthful beauty ebb and at last vanish is like presiding helplessly over the disappearance of one’s very own self; to be invisible to the male gaze is, in a certain sense, to not be there at all.

How can a spiritually-inclined woman, who has been raised in such a society, escape from the petty tyrannies of her own vanity, and from her environment’s prevailing attitudes?  Short of reincarnation as a man, one way out would be a nun-like withdrawal from the world, whereby one would be free to develop the inner self without outside interference and influence.  Another would be to practice a Saudi Arabian-style obliteration of one’s female form and individuality altogether.

Gila Manolson, author of The Magic Touch and a magna cum laude graduate of Yale University, delves into Judaism’s approach to these issues in a book entitled Outside/Inside:  A Fresh Look at Tzniut.  Tzniut, which is inadequately translated as modesty, is an unpopular subject.  Not many of us like being lectured about hemlines and stockings and hair coverings, and in recognition of this lack of interest, if not distaste – even among religiously observant readers – the book’s distributor insisted on moving the word tzniut from title to subtitle.  As someone whose elbows and knees have neither seen the light of day nor suffered for being hidden for many a decade, I didn’t consider myself in need of any encouragement or finger-wagging.  It has long been clear to me how dressing with tzniut builds a better sense of self, that growing up in a society which maintains such standards deftly spares children much of the madness and misery that Western culture amply provides.  No book needed to persuade me that wearing clothes which enhance one’s human dignity is of more profound value than the fleeting, ultimately self-demeaning sense of empty power a woman gets from presenting herself as a sex object, which then leaves her feeling painfully, if only half-consciously, diminished when she is then perceived that way.

So what’s new in this slender volume, or, if we’re to take the subtitle’s word for it, what is this “fresh look at tzniut?”  It is Outside/Inside’s subtle insights into the subject  which reveal layers of meaning behind what is simplistically considered a restrictive dress-code that hampers women’s freedom for men’s sake.

Given the impracticality in asking guys to put on blinders, the author writes, [people think that] Judaism instead tells women to cover themselves up.  In other words, tzniut is simply a neat way of dumping man’s problem on woman’s doorstep….  [Actually,] tzniut begins with a different way of looking at yourself.  Usually, we perceive things simply as they appear on the surface.  We look at a house and see its windows, doors and roof.  We look at a tree and see its trunk, branches, and leaves.  Yet every object or scene has more than one aspect to it, and if put in a different light, can become more than what it initially appeared to be….  Tzniut means knowing and communicating to others that your identity equals your innermost self.  [It] makes the statement:  ‘I am much more than what meets the eye.’  The majority of us want to be respected for who we are, and intuitively recognize the connection between dress and self-definition.  At the same time, many of us believe that the power to turn heads is prerequisite to self-esteem….  The message that tzniut asks you to project is ‘internality:’  that of all the parts of you, it is your innermost self by which you want to be defined.

In light of the author’s definition, we can take another look at that distressing sensation of powerlessness which Germaine Greer experienced at lunchtime.  Mrs. Manolson writes:  The Jewish view of power is very different from that of the rest of the world.  Power, we all agree, is the ability to effect change.  Yet there are many different ways to do this.  One is to use our bodies to raise onlookers’ hormone levels.  Another is to use our talents to provide aesthetic pleasure or entertainment.  A third is to use the causes we support to improve others’ welfare.  To the Jewish mind, however, using our souls to move people toward a more spiritual perception of themselves and others is a far deeper and more significant exercise of power.  The awareness that tzniut creates gives us the ability to change people’s lives on the most fundamental level.  At the same time, it propels us to locate our source of power more deeply within who we are.

In other words, it’s not a buttoned collar in itself that shall set you free of your own emotions, or of our culture’s dictatorial perception of you as a physical entity.  The concept of tzniut, while it embraces dress code, is about something else altogether, something larger, and more subtle.

Throughout history, women have sought to be beautiful and have appraised their own value accordingly; yet in our times, there’s something particularly obsessive and twisted about how this natural inclination manifests itself.  The increasingly widespread contemporary occurrence among girls and women of eating disorders; the extreme grabs for sexualized attention — commonplace on any city street among ever younger and younger children, whether in New York or in Jerusalem — all give eloquent expression to the war against one’s own person that can occur in the absence of any other authentic, equally vibrant philosophy of self.  When those powerful twin longings – for love and for transcendence of the body – are mis-channeled, the cultivation of physical perfection and attractiveness can seem the surest measure of one’s worth.

Those longings can be quenched more naturally, and successfully, in other ways:  not by denying one’s physicality, or by crushing it, or by waiting for the freedom of invisibility as an older woman, but by integrating, over a lifetime, our inner and outer selves.  Outside/Inside is an enlightening commentary on these issues.

Sarah Shapiro is a writer living in Jerusalem.  She is the author of Don’t You Know It’s a Perfect World? (Targum/Feldheim).

5 1 vote
Article Rating
This article was featured in the Spring 2000 issue of Jewish Action.