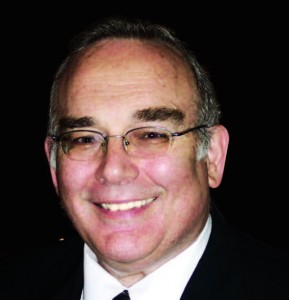 While reviewing the table of contents for this edition, I could not help but be amazed by the wide-ranging topics included in this issue. From Dr. David Berger’s insightful critique of Rabbi Shlomo Riskin’s new book The Living Tree: Studies in Modern Orthodoxy to our look at the diverse and growing communities in Yehuda and the Shomron, home now to nearly 400,000 Jews, this issue is filled with a variety of thought-provoking and inspirational material.

Once an issue is published, it is easy to overlook the enormous effort that went into its planning. I would like to take this opportunity to thank the devoted members of our exceptional editorial committee: Rabbi David Bashevkin, Rabbi Binyamin Ehrenkranz, Rabbi Avrohom Gordimer, David Olivestone, Rabbi Gil Student and Rabbi Dr. Tzvi Hersh Weinreb. Planning each issue entails endless debates and discussions, not to mention countless hours spent reading and reviewing e-mails and submissions. Our committee members, who are mostly volunteers, dedicate their time and effort to Jewish Action because they believe in the importance of providing such a forum for the Orthodox world. Nechama Carmel, our talented editor, provides the “glue” that keeps the vision and its implementation together.

As a quarterly publication, Jewish Action has an advantage over weeklies and monthlies. In an age where everything is instant, even our information, Jewish Action takes the time to reflect and provide thoughtful, thoroughly researched articles that are crafted with care. Our cover story, for example, required extensive research. OU Senior Writer Bayla Sheva Brenner spent months interviewing members of various families in order to weave together these wonderfully inspiring narratives that tell of sacrifice and devotion to Yiddishkeit.

Reading these accounts of Jews who came to these shores in the late 1800s or early part of the twentieth century was particularly moving for me as my own family has a similar story. At the age of nineteen, in 1896, my paternal grandfather, Chaim Schreck, left Kolbuszowa, Poland, for America. However, after four short years, in which he managed to build a successful women’s apparel business, he was asked to return to Poland. As it turned out, before he had left, he had been engaged to Chaya Lichtman, my grandmother. Chaya was convinced one could not remain frum in the “treifa medina.” So Chaim returned, married and raised a large family in his hometown. But this was not destined to last long. On May 6, 1919, a terrible pogrom took place in Kolbuszowa. A mob attacked Jews in the streets, and my great-grandfather, Pesach Lichtman, was thrown down a well and died. So many Jews were murdered and maimed in Kolbuszowa that it attracted international attention. After that fateful pogrom, an estimated 25 percent of the town’s Jews emigrated to America—Chaim and Chaya Schreck among them.

If life was hard in Poland because of the virulent anti-Semitism, in America the struggles were equally great, albeit different. I won’t go into the formidable challenges—the various accounts in our cover story describe them in great detail. Suffice to say, my grandparents and parents managed to pass on Yiddishkeit to their children only because of their deep emunah and strong Jewish home life.

In this wide-ranging issue, we also focus on the OU’s early history and some of our heroic leaders, including OU Presidents Rabbi Herbert Goldstein and Harold M. Jacobs, each of whom waged different battles in an attempt to strengthen Jewish life in America. Moving on to Pesach, our food columnist Norene Gilletz and nutrition writer Shira Isenberg provide recipes and tips on how to eat healthfully over yom tov.

I hope you find this issue as interesting as I do. We look forward to reader feedback. Feel free to e-mail your thoughts and comments to ja@ou.org. Wishing all of you a chag kasher vesomeach.