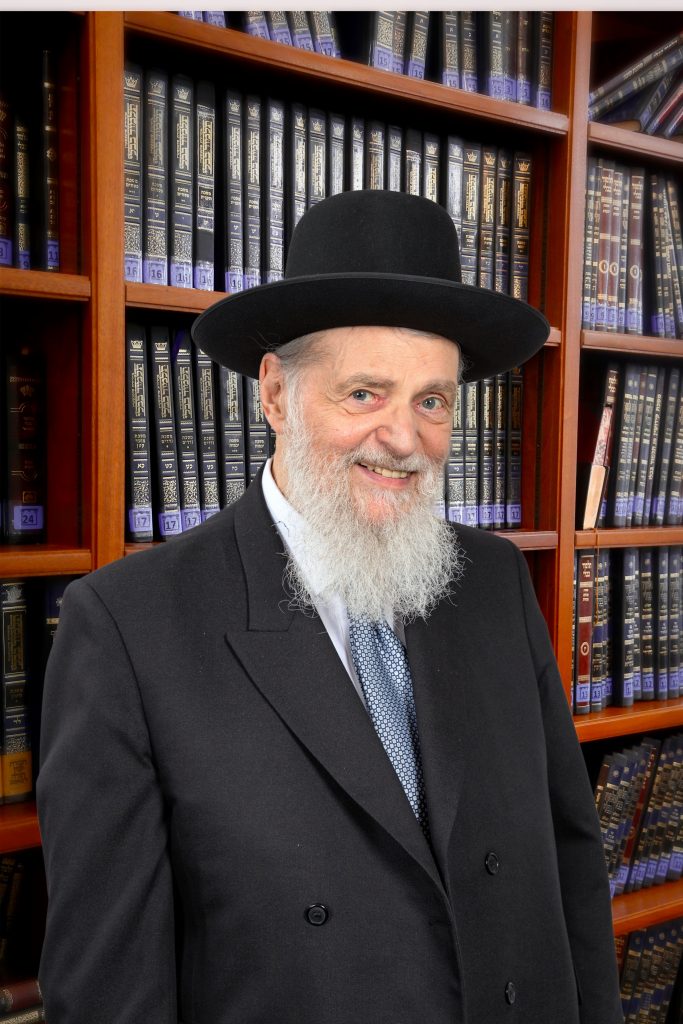 Rabbi Dovid Bashevkin: How does ArtScroll approach the in-depth study of Tanach? Is there a goal that ArtScroll is trying to achieve with its translations and commentaries?
Rabbi Nosson Scherman: The goal is to explain the pasuk as Chazal and the major mefarshim understood it. In Tanach, our emphasis is on the peshat; and where applicable, we try to insert inspirational thoughts and ideas. The main emphasis, however, is to explain Tanach the way the traditional mesorah understood it. 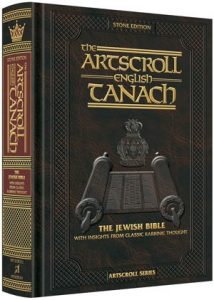 RDB: Did you have any challenges when you were translating the text of Tanach [for the ArtScroll Tanach, a 1,400-page English-language volume containing all twenty-four books in Tanach] that you did not anticipate?
RNS: With the single-volume Tanach, we worked on creating a readable translation of the entire text of the Torah; there’s just a smattering of commentary where the translation would be confusing to the reader. When it comes to our other works that provide a translation and commentary on Chumash, Nevi’im and Kesuvim, we translate a pasuk and try to remain true to the peshat, the literal meaning as understood by the major mefarshim. In cases where the literal translation is challenging, we rely on the commentaries to provide explanation. Translating Nevi’im Rishonim is relatively easy; they are mostly narratives. But when it comes to Nevi’im Acharonim, there are challenges. A sefer such as Yeshayahu, for instance, is primarily poetry and a straight translation without any commentary would be very difficult to understand. With the English Tanach [because of the length of the work, we can’t provide a comprehensive commentary for each book], we had to make the translation speak for itself as much as possible.

RDB: Did you respond to that attack?
RNS: No, there was no point. There are people who insist on believing what they want to believe. These are people who adhere to the “don’t-confuse-me-with-the-facts-my-mind-is-made-up” school of thought. But as we explain in the introduction to our Shir HaShirim, the traditional commentators unanimously agree—not the Bible critics, but those who follow the mesorah—that Shir HaShirim is not to be translated literally because it’s not meant to be literal; it’s an allegory.

RDB: Were there other instances where gedolim were called upon to weigh in on translation issues with Tanach?
RNS: There were certainly cases where the peshat wasn’t clear and we had to consult with gedolim. In the early years, our very first published work was an English-language translation of Megillas Esther; following that, we worked on a translation of Megillas Rus. Shortly after Megillas Rus was published, we received a letter from Rabbi Mordechai Gifter [rosh yeshivah of Telz Yeshivah in Cleveland] that was very complimentary. He wrote how the work we were doing had never really been done before and how important it is to make Torah literature available in English. Subsequently, we went to visit him in Cleveland. He offered to review our galleys, which he did for two or three years, and he commented on everything. He wrote a foreword in Hebrew to Shir HaShirim, explaining what the love song really means.

RDB: That’s remarkable! Did you ever consult with Bible scholars, historians, or archaeologists regarding the translation of Tanach?
RNS: No, we avoid that completely.

RDB: Was that a she’eilah or was that a given?
RNS: It was a given. If you’re writing on Constitutional law, then you have to explain it the way the Supreme Court has interpreted the Constitution over the last 225 years. If you’re going to come up with chiddushim on the Constitution, reading the text the way you choose to understand it or the way you think the court should have understood it, that’s a fine literary exercise but that’s not really interpreting the law. If you’re an attorney advising a client that way, you would be guilty of malpractice. To us as Torah Jews, the Torah is the way Chazal, the Rishonim and the Acharonim understood it.

To us as Torah Jews, the Torah is the way Chazal, the Rishonim and the Acharonim understood it.

RDB: On the surface, Tanach seems to reflect a world that’s so vastly different from the one that we are familiar with. A Yiddishkeit with a Beis Hamikdash and with nevi’im—it seems so inaccessible. There’s almost more familiarity with the world of the Gemara and Rishonim. But I’d like to know why you think Tanach study is neglected in yeshivos.
RNS: Well, historically the primary limud of the yeshivah world has been Gemara and Rishonim. The gedolim like Rabbi Yaakov Kamenetsky, Rabbi Moshe Feinstein and Rabbi Mordechai Gifter all knew Tanach virtually by heart. They always studied Tanach. And today I’m sure there are many who went through the yeshivah system who are well-versed in Tanach. But the emphasis in the yeshivos is not on Tanach. Reb Yaakov once said in a shmuess in Torah Vodaas, when I was a bachur learning there, that Tanach study was de-emphasized in the yeshivos since the Maskilim emphasized the study of Tanach (Ben-Gurion, for example, knew Tanach very well and quoted from it extensively). The Maskilim learned Tanach exclusively, but not as believers; they studied it as Jewish literature.

RDB: You were a product of the traditional yeshivos, so how did you come to immerse yourself in the world of Tanach? Was it because of your work at ArtScroll or were you involved with Tanach study before that?
RNS: I was a typical yeshivah boy. Tanach was not a primary limud for me. But then I got involved with ArtScroll. We translated the megillos; we went on to translate Chumash, Nevi’im, and Mishnayos. Because of my writing skills, translating the text and the commentaries became my forte. Of course, in the early years, we never thought that we were capable of translating Shas.

RDB: I’m curious about some of your influences outside of the canon of Rishonim and Acharonim that appear in Mikraos Gedolos. Were there any Chassidic thinkers who influenced your approach to Tanach?
RNS: Rabbi Gedaliah Schorr, the Sefas Emes [Rabbi Yehudah Leib Alter], and Rabbi Tzadok HaKohen all had an influence. If you read the overviews [in the ArtScroll translations], you’ll see that there’s a heavy combination of mussar and chassidus that we incorporate into our commentary and that form our worldview.

Some of the verses in Iyov sound heretical, as if some of the personalities don’t believe in God. And that’s where the commentary becomes very, very important.

RDB: Is there a book of Tanach that you found to be the most difficult to translate or that you had the hardest time getting through?
RNS: Nevi’im Acharonim is very challenging. Iyov is especially difficult. Some of the verses in Iyov sound heretical, as if some of the personalities don’t believe in God. And that’s where the commentary becomes very, very important.

RDB: Are there any books or translations that ArtScroll put out that you think are your best, and that give you an extra sense of pride?
RNS: Rabbi [Meir] Zlotowitz’s Bereishis, which originally consisted of six volumes and is now two, is the best commentary on Bereishis, bar none. Rabbi Joseph Elias—who knew Tanach cold—once said if he had any difficulty with Bereishis, he would look at Rabbi Zlotowitz’s work and invariably he would find an answer to his question. But unfortunately as ArtScroll grew, Rabbi Zlotowitz was overwhelmed with other responsibilities and he couldn’t do his own writing anymore.

RDB: Are there any books that you would want to redo if you were given a second chance?
RNS: I wouldn’t necessarily want to redo any works, but I would want to write a few of them on a different level. In retrospect, I would have added more depth to our commentary on Nevi’im Acharonim—but there just isn’t room for everything.

Rabbi Dovid Bashevkin is the NCSY director of education and a member of the Jewish Action Editorial Board.