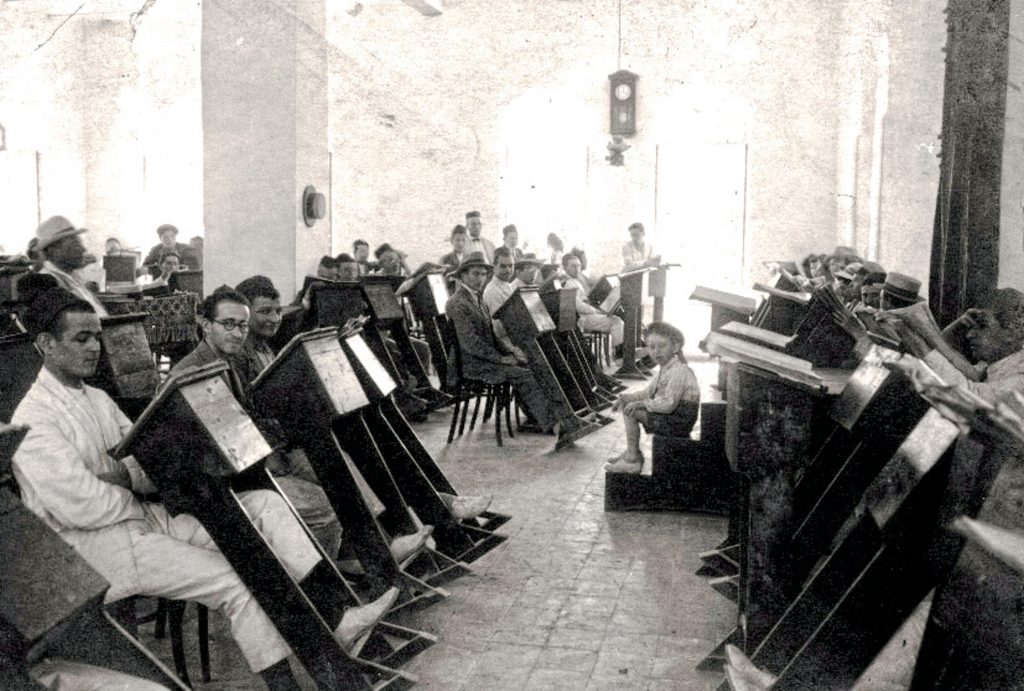 Although we may have assumed otherwise, the neglect of Tanach study is not a recent phenomenon. At least among Ashkenazic Jewry, neglect of Tanach study dates back to the Middle Ages. (Sephardic Jewry, on the other hand, better maintained the study of Tanach.) The Mishnah (Avot 5:21) sets ages for the various educational levels—five for Scripture, ten for Mishnah, and fifteen for Talmud—but in Ashkenazi lands (France, Germany and Northern Europe) this was rarely implemented. Instead, students were taught the parashah of the week with Rashi—younger students, the earlier sections, and older students, the whole parashah. Those sections of Chumash which are read when there was no cheder in session were never studied. As for the rest of Tanach, students covered at most the earlier books of the Prophets. At the age of eight or nine, students switched to primarily studying Gemara (and Mishnah was omitted almost entirely).1

Medieval travelers from Germany to Spain and vice versa provide evidence for the different approaches to Tanach in these two Jewish cultures. Rabbi Yehudah, son of the Rosh, who emigrated from Germany to Spain when he was thirteen, wrote to his children in his will: “Also, make time to study the verses [of Tanach] with dikduk [grammar or precision] and commentary. I did not study this in my youth, because they were not accustomed to study it in Ashkenaz, and therefore I have been unable to study it here.” This remark, coming from the son of one of history’s most important halachists, provides a fascinating window into educational priorities.2

The fourteenth-century Spanish philosopher Profiat Duran, who spent time studying in Ashkenaz, wrote about the Ashkenazi attitude toward Tanach study:

“Jewish scholars, even the greatest among them, show great disdain for Biblical studies. It is enough for them to read the weekly portion shenayim mikra v’echad Targum, and still it is possible that if you ask them about a particular verse they will not know where it is. They consider one who spends time doing Biblical studies a fool because the Talmud is our mainstay.”3

Neglect of Tanach study among the Ashkenazim dates back to the Middle Ages.

The Ashkenazi curriculum’s neglect of Tanach study was lamented by almost all rabbinic authorities who addressed it. The greatest proponent of Ashkenazi educational reform was the Maharal of Prague, who advocated for more systematic study of Chumash, among other reforms, but his proposals achieved only limited success.4 Rabbi Isaiah Horowitz, a successor of the Maharal in the Prague rabbinate, better known as the Shelah Hakadosh, and his family members, continued to argue for the importance of Tanach study. The Shelah’s son, Rabbi Sheftel,  wrote of his experience visiting the Sephardic community of Amsterdam:

“I passed through the Amsterdam community. There I found distinguished men, many of them scholars, and I visited their study halls . . . I saw that the young children learn Scripture from the beginning of Genesis to the end of Deuteronomy, and after that the [rest of] Scripture, and then all the Mishnayot. And when they come of age, they start to study Talmud with the Tosafot. They grow and thrive and produce fruit. And I wept—why cannot this system be followed in this country?”5

“How can we possibly justify ourselves before God if we reject His pride, the Holy Torah, which issued first from His mouth? In my opinion, this obligation is also included in the verse ‘and you shall heed His voice,’ which our Sages interpreted as the voice of the prophets . . . If you do not learn them, know them, and become well-versed in them, how can you heed their voice and fulfill them? And even for one whose only occupation is Torah study—no study in the world is entirely comparable to that of Scripture, that is, to Torah, Prophets and Ketuvim, from start to finish . . . Therefore, there is no valid objection or excuse by which a person can free himself from this obligation . . . They say that a person should divide his time into three equal parts: one third of the day for Scripture, one third for Mishnah and one third for Talmud. Rabbeinu Tam comments that one who has sated himself with Scripture and is thoroughly versed in the twenty-four sacred books . . . need not devote one third of the day to them, for the Babylonian Talmud is permeated with them. But to neglect Scripture [altogether], Heaven forfend that one should entertain such a thought and cast off the yoke of Torah . . .”6

Rabbi Yoel Sirkes, the Bach, maintains that one is obligated to teach his son all of Tanach, which includes the obligation to hire a teacher to do so. Based on this, he writes that the “world’s custom” not to teach one’s child all of Tanach is against halachah. The Shach, Rabbi Shabtai HaKohen, presents one of the only defenses of this custom found in classical sources.7 The Shach argues that the custom not to study Tanach follows the view of Rabbeinu Tam mentioned above, who maintains that since the Babylonian Talmud contains Tanach verses, one fulfills the obligation to study Tanach by studying the Talmud. However, the consensus rejects the Shach’s view—Rabbeinu Tam, most posekim explain, intended his ruling only for those who already know Tanach, but not for students who have never studied Tanach in the first place. In the words of Rabbi Yaakov Emden:

“In this regard, the Sephardim have the advantage . . . [The Ashkenazim] want the youngster to learn the entire Torah while standing on one foot . . . What sense does it make to enter the Torah’s inner sanctum, where the Oral Torah is revealed, if one has not been given the outer keys, the requisite simple explanation of Scripture? . . . The words of the Shach on this subject are not at all convincing, although his honor remains intact.”8

The greatest proponent of Ashkenazi educational reform was the Maharal of Prague, who advocated for more systematic study of Chumash, among other reforms.

If the halachic justifications for neglecting Tanach are insufficient, Yekutiel Blitz, the translator of the first Yiddish edition of Tanach, printed in Amsterdam in 1679, offers another theory for why the Ashkenazi educational system overlooks the study of Tanach: Among the Sephardim, teachers were paid by communal funds, but in Ashkenaz every father had to privately hire a teacher for his sons. The father “wants his son to know the entire Torah on one foot before reaching bar mitzvah,” to limit his educational expenses. Therefore, “they begin in a backwards order—before he knows how to pray, they teach him Chumash, before he knows Chumash, they teach him Mishnayot and then Gemara.” Then, “when the teacher tells the father, ‘Your son is learning Gemara,’ the father thinks to himself, this child knows enough.”9 This provides a compelling economic explanation for the difference between Ashkenazim and Sephardim.

When we reach the period of the Haskalah, the Enlightenment, in the eighteenth and nineteenth centuries, a new justification is introduced for the lack of Tanach study: one who studies Tanach risks being swept into Haskalah. However, even these warnings include an appreciation of the need to know Tanach properly. As Rabbi Shmuel Wosner wrote: 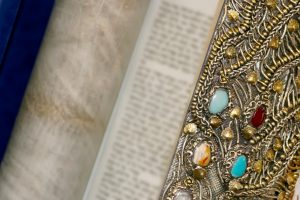 “According to halachah it is obvious that although Rabbi Eliezer said ‘Keep your children from higayon,’ i.e., from studying too much Tanach (Rashi, Berachot 28b), this means too much, but we are obligated [to study] the abundance of fundamentals of Tanach sufficiently. And although the Chatam Sofer (Torat Moshe, Parashat Beshalach) strongly supported the method of learning in which Talmud and Torah Shebe’al Peh are primary, and the fundamentals of Tanach come only afterwards, it is known that our master [the Chatam Sofer] and his great students were tremendously proficient in Tanach, and particularly the great gaon Maharam Schick, as I have reliably received. And my teacher, the great and pious master of all Talmud, Rabbi Shimon HaLevi Zelichover of Lublin, may God avenge his blood, knew the entire Tanach by heart in an astonishing way. What need is there to elaborate about something which is accepted by all gedolei Yisrael? Although some of them hid their knowledge of Tanach and grammar out of concern that this would strengthen the heretics . . . the actual knowledge of this aspect of our holy Torah does not require my haskamah [endorsement].”10

In a letter to a critic who saw him as overly accommodating of non-religious ideologies, Rabbi Eliyahu Meir Bloch, the late rosh yeshivah of Telz, wrote:

“. . . we have lost much by refusing to recognize things which are true because the non-religious . . . promote them. In my mind, our views have not found a receptive audience in the broader community not because our position which is true conflicts with theirs which is false, but because of our opposition to their correct views, such as [support for] study of Tanach, Hebrew, and Eretz Yisrael . . .”11

In short, neglect of Tanach in the traditional curriculum is not a recent phenomenon—but criticism of this practice has a distinguished history as well.

Notes
1. See Simcha Assaf, Mekorot leToldot haChinuch beYisrael (New York and Jerusalem, 2002), vol. 1, Me’ein Mevo, p. 30-31. Some primary sources on this subject include the Gemara’s cryptic statement, “Keep your children from higayon” (Berachot 28b), which Rashi explains to mean that one should avoid teaching his children too much Tanach. Yet although this is a warning against overemphasizing one section of Torah, this surely does not mean that one should not teach his children Tanach altogether. See also Rashi (Shemot 31:18), citing the Midrash: “Just as a bride bedecks herself with twenty-four ornaments, so must a scholar be thoroughly versed in the twenty-four books of Scripture.” C.f. Tosafot (Bava Batra 113a) and Rabbi Reuven Margolis, HaMikra veHaMesorah, p. 7-9. Another important source is the Gemara (Kiddushin 30a and Avodah Zarah 19b) which requires one to split his learning into three segments, one of Tanach, one of Mishnah and one of Talmud. On these passages, Tosafot cite Rabbeinu Tam who maintains that one can fulfill this obligation through the study of Talmud Bavli alone, since it is made up of all three of these components. See also Bava Metzia 32b and Rashi s.v. v’einah middah.
2. Quoted by Simcha Assaf, Me’ein Mevo, p. 30. See also Ephraim Kanarfogel, Jewish Education and Society in the High Middle Ages (Detroit, 1992), p. 79.
3. Ma’aseh Efod (Vienna, 1865), p. 41, translated in Kanarfogel, Jewish Education, p. 85.
4. See Assaf, Me’ein Mevo, p. 32-42.
5. Vavei Ha’Amudim, Amud HaTorah, chap. 5, translated in Leo Levi, Torah Study: A Survey of Classic Sources on Timely Issues (New York, 1990), 216.
6. Hagahot Yesh Nochalin, translated in Levi, Torah Study, p. 205-206.
7. Bach and Shach, Yoreh De’ah 245:5.
8. Rabbi Yaakov Emden, Migdal Oz, translated in Levi, Torah Study, p. 218-219. See also Yesh Nochalin, cited above; Shelah, Masechet Shavuot, Ner Mitzvah 22; Shulchan Aruch HaRav, Hilchot Talmud Torah, Kuntres Acharon 1; Toldot Adam, chap. 3; Aruch HaShulchan, Yoreh De’ah 246:14; Rabbi Yaakov Kamenetsky, Emet LeYaakov Mevo LeLimud HaMikra.
9. Quoted in Assaf, Mekorot, vol. 1, p. 400. For a much earlier economic explanation of this phenomenon, see the responsum of Rabbi Natronai Gaon in Teshuvot HaGeonim (Lyck), 90, quoted in Machzor Vitry, 47.
10. Rabbi Shmuel Wosner, Shevet HaLevi 8:207. See also Rabbi Ezekiel Landau, Tzelach, Berachot 28b (Rashi s.v. mehahigayon); Rabbi Tzvi Elimelech of Dinov, Ma’ayan Ganim, chap. 12; Rabbi Moshe Sternbuch, Teshuvot VeHanhagot 2:457.
11. Printed in the first edition of Rabbi Yosef David Epstein’s Mitzvot HaShalom (1969)], p. 605-606. My thanks to Rabbi Dovid Bashevkin for making me aware of this source. For the fascinating history behind this letter, see Elazar Muskin, “When Unity Reigned: Yom ha-Azma’ut 1954,” Hakirah 13, p. 51-63: http://www.hakirah.org/Vol13Muskin.pdf.