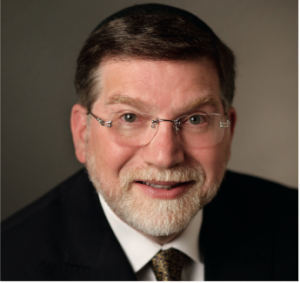 This year marks the twenty-fifth anniversary of the publication of the Beth Din of America/Rabbinical Council of America’s prenuptial agreement, which has come to be known as the “RCA Prenup.” Since it was made available, thousands of prenups have been signed and the agreement has become standard in the Modern Orthodox community. Jewish Action took the opportunity to discuss the impact that this socially transformative document has had on American Jewry with the current president of the Rabbinical Council of America, Rabbi Elazar Muskin. Rabbi Muskin has served for thirty-three years as the rabbi of the Young Israel of Century City in Los Angeles, California.

Rabbi Elchanan Poupko: What was the impetus for creating the Prenup?

Rabbi Elazar Muskin: The RCA Prenup document was written by Rabbi Mordechai Willig, rosh yeshivah at Rabbi Isaac Elchanan Theological Seminary and dayan of the Beth Din of America. He was the driving force behind its implementation.

Why was it created? Let me share with you a story from my own rabbinic experience. When I first arrived in Los Angeles in 1986, I encountered a surprise. Instead of being confronted with a complex halachic question, my introduction to the rabbinate involved dealing with three agunah cases—i.e., husbands refusing to give their wives a get. When I tried to resolve one of the cases, I was verbally abused by the husband. Attempts at extortion, manipulation and emotional abuse were common. Thankfully, all three cases were eventually resolved, but each took a long time. Today, twenty-five years after the RCA Prenup was instituted, I don’t have any such problems. Yes, there have been cases of divorce, but in cases where the RCA Prenup was signed, the withholding of a get was avoided.

I insist that all couples have a prenup before I will officiate at their wedding. My own two sons-in-law and daughters each signed the RCA Prenup before their weddings. Many rabbis have instituted this as well; it has become the gold standard for many.

There’s an unfortunate story I would like to share with you concerning a couple I was familiar with, though I was not their officiating rabbi. Sadly, the marriage did not work out. Two months after the wedding the young woman came to see me asking for help in obtaining a get. I asked her if she had a prenup. When she said no, I asked her why not. I was upset to learn that the officiating rabbi told her she didn’t need a prenup. I told her that the one tool rabbis have to help in obtaining a get did not exist in her case. Her family was furious with me for not being able to resolve the case immediately. That is the sad reality. Without a prenup, how is a rabbi supposed to help?! How can I approach a husband—who probably doesn’t want to hear from a rabbi at this juncture—and ask him to give a get without the backing of a prenup? If you speak to the Beth Din of America, they will tell you that if there is a prenup we can succeed in obtaining a get in almost every case.

A prenup also serves as a powerful educational tool that teaches a couple on the verge of marriage that if God forbid the marriage doesn’t work out, a get should never serve as a tool for extortion; a get must be given unconditionally. Some young people hesitate to talk about divorce at the time they get engaged, but this is the first thing I discuss with them. This influences them to realize that a get can’t be used as a weapon by the husband or the wife.

Indeed, this is a major achievement of the Rabbinical Council of America and of the Beth Din of America. Our Prenup has been accepted by many posekim in Israel, such as Rabbi Asher Weiss and the late Rav Ovadia Yosef, and rabbis in America including Rabbi Gedalia Dov Schwartz and Rabbi Hershel Schachter. On the RCA web site you can see a long list of rabbis who support the Prenup.

RP: How is it different from previous attempts to solve the agunah problem?

RM: There have been many attempts in the past century to solve the plight of agunot. The RCA Prenup is unique because it is grounded both in halachah as well as in American law.

A good example is the case of Light v. Light, which was heard in front of the Superior Court of Connecticut. It involved a bride and groom who had signed the RCA Prenup, and later decided to divorce. The husband refused to come to beit din as his prenup required. He argued that the courts could not demand that he abide by the Prenup, as that would constitute a violation of separation of church and state. In what was a great victory for the RCA Prenup, the court ruled that it is not a religious document but that it is a legal and enforceable one. In every single case where the RCA Prenup has been challenged in the secular courts, the courts have upheld its validity.

RP: What opposition has the Prenup faced?

RM: There have been objections, especially with regard to applying the agreement in Israel, from halachic authorities there. Much of this opposition has nothing to do with the RCA Prenup itself; rather it refers to various other prenups that have been drafted in Israel.

The RCA passed a resolution saying that its members should not officiate at weddings unless a prenup is used. The resolution did not insist that rabbis use only the RCA Prenup. If a rabbi wishes to use the prenup approved by Rabbi Moshe Feinstein, that is fine with us.

A while back I met a Chassidic posek in New York who expressed his admiration for the RCA Prenup and noted how well-written it is. We are now seeing it being used by members of the Yeshivish and Chassidic communities.

Rabbi Shmuel Fuerst, who serves as dayan of Agudath Israel of Illinois, now supports the signing of a prenup agreement. The RCA does much for the community that goes unnoticed, but the Prenup is something that is recognized as an enormous success. We didn’t know twenty-five years ago that it would be so successful, but thank God, it has proven to be extremely well-accepted.

RP: So the RCA Prenup succeeded legally, halachically and socially?

RM: Yes! Halachically, it has been accepted by many posekim. Legally, it has been endorsed by secular courts of law. Socially, the RCA Prenup is being widely used in our community. A number of years ago I met with a couple at whose wedding I was going to officiate. As always, I told the couple that they would need to sign a prenup in order for me to officiate. The groom was reluctant. He insisted that I should trust that he would be fair if anything went wrong. I responded by saying that no one can know how they will behave in the future; it is simply impossible to predict. In the end, he signed it.

It’s important to note that a couple is always given a copy of the Prenup for them to review before signing and are encouraged to consult with whomever they wish. No one just signs a paper without knowing what they are signing.

RP: If the Prenup exists, why are there still agunot?

RM: In my experience there has never been a problem for those who signed the Prenup. However, there are always wild and crazy stories. If a man disappears off the grid, there is no document that can help. But those are not the usual cases. The Beth Din of America will tell you this as well. Overall, women are halachically being protected and the Prenup is working. It also reiterates an important lesson in bein adam lachaveiro: the get should never be used as a means of extortion.

When a bride and a groom turn to their officiating rabbi and insist that the rabbi provide a prenup for them, we will know that we have succeeded in educating the community.

Rabbi Elchanan Poupko is an eleventh-generation rabbi, the founding editor of The YU Lamdan (The Wilf Campus Torah Journal), and the president of EITAN—The American Israeli Jewish Network. He also served as a rabbinic intern at Park East Synagogue in New York. He earned a master’s degree in Jewish education from Yeshiva University. Rabbi Poupko is a member of the Rabbinical Council of America.

Courtesy of the Beth Din of America

How Does the RCA Prenup Work?

As per the Beth Din of America web site (theprenup.org), the Prenup essentially contains two provisions:

1. Each spouse agrees to appear before a panel of Jewish law judges (dayanim) arranged by the Beth Din of America, if the other spouse demands it, and to abide by the decision of the Beth Din with respect to the get.

2. If the couple separates, the Jewish law obligation of the husband to support his wife is formalized, so that he is obligated to pay $150 per day (indexed to inflation), from the date he receives notice from her of her intention to collect that sum, until the date a Jewish divorce is obtained. This support obligation ends if the wife fails to appear at the Beth Din of America or to abide by a decision of the Beth Din of America.

Each of these provisions is important to ensure that a get is given by the husband to his wife in a timely manner following the functional end of a marriage. The first obligation grants authority to the rabbinical court to oversee the get process. The second obligation provides an incentive for the husband to abide by decisions of the rabbinical court and to give a get to his wife once the marriage is over and there is no hope of reconciliation.