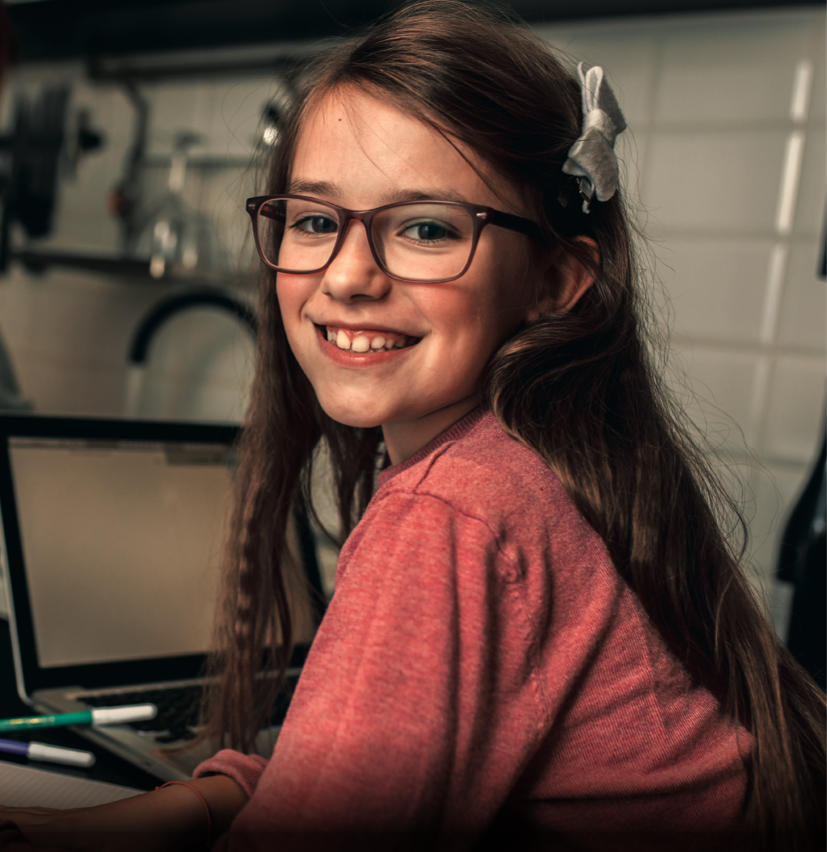 Sarah’s* favorite topic of conversation is why she needs a smartphone. The sixth grader attends a yeshivah day school in Massachusetts, where, she says, “my closest friends all have their own phones.” She doesn’t know what her friends are texting each other about, but she knows she is missing out. Her mother Miriam* says that Sarah brings up the subject on a near-daily basis.

“I think my mom would give in, but it’s my dad who won’t get me a phone,” Sarah explains. “I’m the oldest, and they’d rather not deal with it yet.” She admits that her parents may have other reasons for their decision. “Maybe they want to protect me because there are all those studies about what social media does to kids.” She is quick to point out, however, that her friends primarily use Snapchat, WhatsApp, FaceTime, texting and calling—and playing games. They’re using phones for “communication,” she says, “not for social media.”

For now, Sarah has a Chromebook and often uses her mother’s iPad, with limits from her parents on the time she can spend on devices. “I get an hour and a half a day, during certain hours,” she says. She adds that most kids she knows who have their own phones also have screen time limits set by their parents. Only one friend has free access to her phone. “Honestly, she is really annoying with it,” Sarah says. “She came for a sleepover and spent all her time on her phone.”

Middle schoolers at Sarah’s school aren’t allowed to use their devices during the day. “But kids bring them to school,” she says. “That’s how they make plans or know how they’re getting home.” Students who live farther from school got phones at a younger age, and many also bring iPads and Kindles to school, Sarah notes. “They need something to do on the long bus ride.”

It’s so common for kids to carry devices that even the staff at school assumes every kid has a phone.

“I once needed to reach my mom and I came into the office and they said, ‘Can’t you just call her?’” Sarah recalls.

For her part, Miriam doesn’t see a real need for her daughter to have her own phone yet. “Sarah isn’t alone or unsupervised very often,” she says. “I just don’t feel it’s necessary.”

Nevertheless, Sarah isn’t prepared to drop the conversation anytime soon. “Parents get their kids a phone because they need it,” she says. “As more kids get a phone, it’s going to be harder and harder to be the one who doesn’t have one.”

* Names have been changed.

What Can Parents Do?