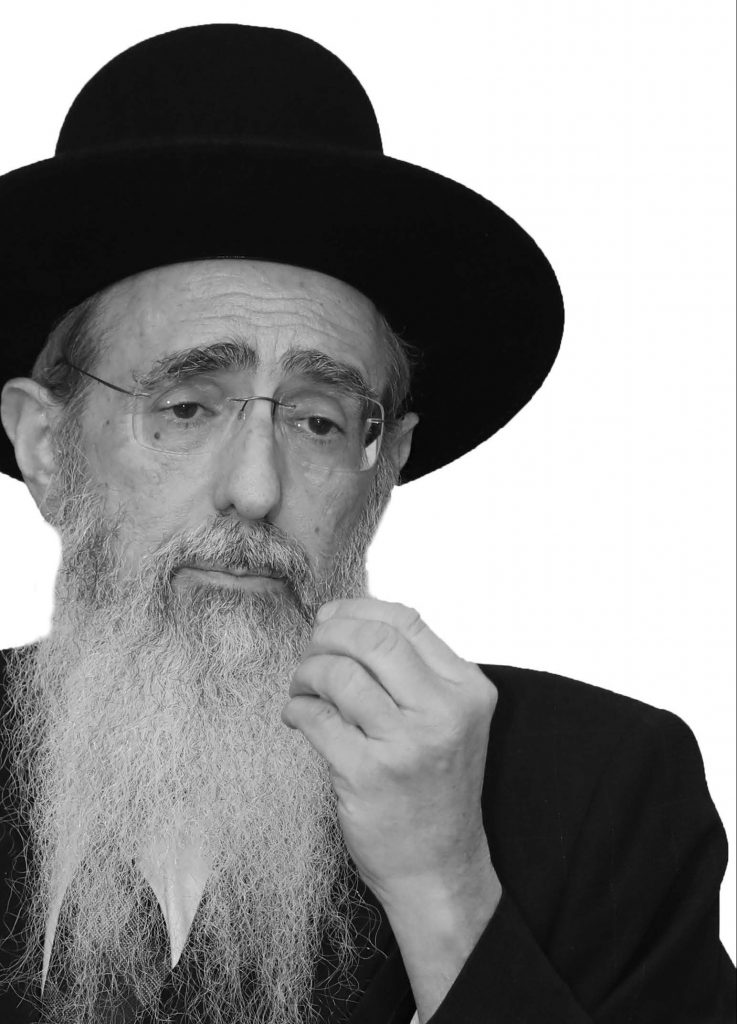 So often we fall into the trap of parenting on autopilot. We are reactive, instead of proactive.
We are exhausted, drained and impatient with our children. While we cannot realistically always be well-rested, attentive and patient parents, we can be “conscious” or “mindful parents”: that is, parents who have given serious thought to the kind of home they want to have and the kind of kids they want to raise.

Conscious parenting implies parents who have spiritual goals in mind for their children, as well as an image of the kind of parent they want to be. So even though they may fall short of their expectations, they are not, as a general rule, parenting on autopilot, but rather are guided by their spiritual goals, dreams and aspirations.

Jewish Action: What are the most effective ways for a parent to convey the core values of emunah and bitachon? In other words, how do parents instill in their children an inner strength so that the natural difficulties of life don’t become religious crises?

Rabbi Mordechai Finkelman: Every Jewish person is born with emunah. Upon becoming a Jew, every ger and giyores acquires it as well. Thus, the question really is: how does a parent keep this innate emunah alive? How does he nurture it and build a fire of emunah within a child that will carry him through life?

The answer lies in the mitzvah of “v’ahavta es Hashem Elokecha—and you should love Hashem your God.” We are obligated to love Hashem. The Sefer HaChinuch teaches that when you are a child of Avraham and
Sarah, you are blessed with a natural love for Hakadosh Baruch Hu. To see a real-life illustration of this, look at preschool children. They understand very little about Hashem intellectually, but their enthusiasm for Hakadosh Baruch Hu and His mitzvos is remarkable.

Many Rishonim and Acharonim struggle with the mitzvah of v’ahavta es Hashem Elokecha. How can we be commanded to feel an emotion? Essentially, the commandment to love Hashem really means—avoid ruining the love of Hashem that you were born with; don’t destroy that love.

Often I see parents of young children . . . find  their child’s irreverent remark to be clever; they are amused. But chutzpah is not amusing.

How can that love be ruined? Every individual is blessed with a certain capacity for love. The Sefas Emes explains that in Lashon Hakodesh, words that are similar are related conceptually. Kessef, for example, means money, but the same root also means tremendous desire or love, as in “Kah echsof noam Shabbos—Hashem, how I long for the sweetness of Shabbos.” What’s the connection between the two concepts? Like money, love has to be budgeted or else it will run dry. If people are going to love their car, and love sushi and love trips to the Bahamas and other material, finite things, they will be squandering the natural love they have for Hakadosh Baruch Hu and for spiritual matters. Parents must set a positive example and show their children how to love and pursue matters of the spirit. In addition, adopting unhealthy influences from the society in which we live (for example, exposing ourselves to violence to the point that it becomes entertaining) can detract from and obscure our innate love for Hashem. In the positive realm, how do we nurture our inborn emunah? Learning Torah nurtures emunah; tefillah—talking to Hashem, understanding what we are saying—nurtures emunah.

JA: How does one begin to go about raising children who will aspire to spiritual goals rather than financial and material ones?

RMF: I had wonderful parents who came to this country at the beginning of World War II as teenagers. Throughout their lives, making a living was a struggle. But my parents never spoke about money.

If we wanted a bicycle or anything else my parents couldn’t afford, they never said, “We can’t afford it.” They would say, “Not everybody has the same things. Different people have different things.” We couldn’t afford to go to summer camp; we stayed home during the summers. But our parents never complained about finances—we had what we needed. We lived in a small apartment. Later on my parents bought a house in a non-Jewish neighborhood because that was what they could afford. But if we ever needed a sefer, we always got it. I don’t know how they had money for it. At one point, I wanted a Shitah Mekubetzes, a five-volume set that was quite expensive. I had it the next day.

My father had a seder after Shacharis that he would attend before going to work and he had a two-hour seder every single weeknight, even though he worked a twelve-hour day. My mother, a”h, bought herself a Chumash and Rashi with English, Lashon Hakodesh and Yiddish so that she could learn with us at night. She was very supportive of my father’s learning and we knew that her studying with us was so that my father would be able to learn. I believe I have the privilege of being involved in teaching Torah because I saw how important learning was to my parents.

JA: Today it seems that the level of materialism in frum communities is such that even someone who might be tight on finances and has his priorities in order is fighting a losing battle.

RMF: That is an excellent point. Raising children today is significantly more challenging as there is much more materialism in the Jewish community than there was years ago. Parents need to plan. When my wife and I looked for appropriate schools for our children, we made an effort to find a school where the families were similar to ours, and were not running after materialism. Similarly, we tried to pick a neighborhood that was consistent with our values and where our children would not be confronted with too much materialism, so that their tests would be minimized.

I would add that every family needs a rav and guidance in ruchniyus matters. Even rabbis have rabbis. My rav, Rabbi Moshe Wolfson, always had a rebbe to whom he could ask questions.

JA: How should parents begin going about choosing the right school for a child?

RMF: It’s crucial to look for a school that will give your children—in addition to an education—the tools for life you feel are very important. Once you identify a few possible options, you should visit each school during recess or lunchtime to see how the children interact with one another. When principals take parents around on a tour, the children in the classrooms will always be on their best behavior. But whatever a parent witnesses during recess or lunchtime will tell the real story: how organized the school is, the level of supervision, how safe the children are and if they’re taught to get along with each other. Watch the children in the schoolyard during recess, look at how they dress—it will tell you a lot. You’ll hear their language, how they speak to one another—it will reveal what kind of homes they come from. Children’s language doesn’t generally reflect what they hear from their teachers. It reflects what they hear from their parents. The choice of a school also depends greatly upon where you choose to live. You need to move to a neighborhood where you will find families who share your values. Such families will have built a school that you are comfortable with.

RMF: Often I see parents of young children who don’t demand enough respect. Instead of telling their children, “You can’t speak to a Mommy or a Tatty [father] that way,” they find their child’s irreverent remark to be clever; they are amused. But chutzpah is not amusing. Some parents don’t realize that the younger we start training a child, the more likely it will create an impression; we’re making an impression on our children all the time.

In a similar vein, some parents don’t recognize the beauty of their children’s younger years; they fail to see the importance of spending time with their young children. They are grateful if their children are occupied watching a video for hours so that they have free time themselves, when there’s so much value in spending time with a child, playing and interacting with him.

Moreover, some parents mistakenly believe that young children don’t pick up on things that surround them—and they do. Children repeat the words they hear at home all the time.

If people are going to love their car and love sushi and love trips to the Bahamas and other material, finite things, they will be squandering the natural love they have for Hakadosh Baruch Hu and for spiritual matters.

I remember a story involving Rabbi Yitzchok Hutner, rosh yeshivah of Yeshivas Rabbeinu Chaim Berlin. A teenage boy was brought in to the yeshivah by a police officer. He had been caught shoplifting in a local store. After the policeman left, and the teen was reprimanded and sent back to class, Rabbi Hutner was asked if he planned to throw the boy out of yeshivah. He said, “No, I’m not going to throw him out. I’m going to look into his background and try to understand: Is this boy a real thief who will do this again, or is this something he learned at home and once he understands how wrong it is, he won’t do it? We have to find out if he comes from a home where there’s cheating and dishonesty. If dishonesty and stealing are not a part of him and it’s just something he learned, he can be taught what’s right.”

I was involved with a similar situation recently: a young man of marriageable age met a woman he thought was wonderful, but her language was coarse. He told me, “I can’t even think of marrying a woman whose language is coarse, but everything else about her is so amazing.” So I told him I’m going to check into her background. I did, and I discovered that her parents spoke like that. So I told the boy, “She learned this from her parents. See if she can work on herself now while you’re dating.”
The language wasn’t a part of her, she had simply picked it up. She changed the way she spoke and they are
happily married.

A final misconception: some parents think their children will be better than they are—better Jews, better people. It doesn’t work that way. Parents need to model the behavior they want their children to imitate. They need to be good examples in every way.