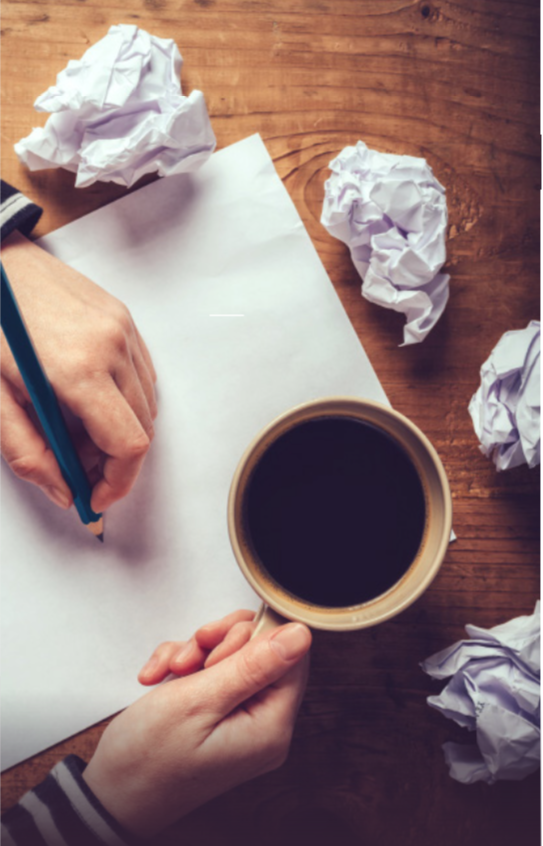 While much has been written about the “Shidduch Crisis” over the years, one subgroup within the category of singles deserves greater attention: Orthodox women past childbearing age who are emotionally healthy and have not given up the quest to find a mate. These women face a number of unique challenges. As if social isolation and loneliness (many live alone), childlessness and the failure to actualize the dream of being a wife and mother weren’t enough to negotiate, they are often pressured, judged, misunderstood and subtly pathologized by well-meaning relatives, friends and matchmakers, both professional and lay.

Consider my recent conversation with Surie, the matchmaker assigned to me on an online Jewish dating site (identifying information changed to protect privacy):

Surie: “I just e-mailed you a match but was so excited, I wanted to call. Joseph is 5’9”, slim, nice looking, friendly and still has all his hair. Four of his five lovely children are married. His seventeen-year-old lives mostly with his mom and is going to learn in Israel next year.”

Me: “Thanks so much for thinking of me. Where does he live?”

Surie: “Kansas. He’s in nursing homes. He was laid off from his job as administrator a few months ago, not his fault; they were downsizing and he had nothing to do with that fraud allegation.”

Surie: “Don’t worry about that, it’s nothing. Anyway, he speaks four languages, Hebrew, English, Yiddish and Aramaic. With his gemara kop, he’ll find a job in no time.

Me: “Is he divorced or widowed?”

Surie: “The divorce is messy and there is a custody battle for the seventeen-year-old who now spends alternate Shabbatot with him. He also has grandchildren, bli ayin hara, nearby in Colorado and he wants to be close by. Oh, just one thing: you would need to commit up front to relocate, but that’s not a problem, is it?”

Me: “Of course I would move for the right person, but uprooting and moving away from my own support system is daunting. Just saying, if I’m working and he isn’t, why is a move to New York off the table? All of his children are almost out of the house. I appreciate that his grandchildren are nearby, but what about my siblings and nieces and nephews?”

Surie: “Of course, I understand, but don’t forget how critical a man’s parnassah is to his ego! Joseph is also really close to his rav and is the shul gabbai. You wouldn’t want a ben Torah to relinquish that, would you? Look at it this way, Kansas may not be the largest Jewish community, but you could make a great contribution there and learn with the women and be a frum role model.

Surie: “Listen, I have your best interests at heart and I’ll tell you the unvarnished truth. Guys are worried about starting with a never-married woman! They don’t quite buy that you just have not yet met the right one. They wonder what deep-rooted psychological issues have blocked you from settling down. Also, they feel that a never-married woman can’t truly be as giving as one who’s had children. You have no idea what level of self-sacrifice childrearing entails. He’s worried about your priorities. And while we’re on that, sweetie, can I give you some advice? Tell him you are a child advocate, not a lawyer—that can be intimidating.”

Surie: “I didn’t want to say, but your age also was an issue. He is flooded with suggestions. But I told him you are still slim and look good, so he should put you at the top of the list. He gave in, but wants you to meet him somewhere between New York and Kansas for the first date. Jump on the opportunity! It’s a big trip to New York, you know, and your schedule is more flexible.”

Me: “Uh, but wait, didn’t you say he’s unemployed? I’d have no problem going to Kansas for dates if this were to take off. I don’t expect him to do all the traveling. But his unwillingness to come to New York for a first date is unsettling. You mentioned that he learns; I’m sure he’s familiar with the gemara: “It is the way of a man to pursue a woman and it is not the way of a woman to pursue a man.”1

Surie: “You have to understand, in our day we all made our compromises and sacrifices. Exactly who do you think is out there at this stage of the game? Are you sure you really want to get married!?”

The above scenario illustrates just a few of the obstacles faced by Orthodox never-married women past childbearing age. As the years go by and they remain single, they fail to develop what psychologist Naomi Rucker calls a “primary intimate bond,”2 which provides exclusivity, loving mutuality and enhanced capacity for communication. In the absence of this relationship, women experience the “primary relational void.”3 “A viable life partner amplifies the resources brought to bear in any given life situation and provides relief from the harshness of life,” observes New York psychologist Joan Lavender.4 “Unremitting singlehood makes an eloquent statement through the painful presence of an absence.” Or, as so pithily stated in Kohelet 4:9, “Tovim hashenayim min ha’echad—two are better off than one.”

For single women in their thirties and forties, the combination of the relational void and their ticking biological clock often propels them to settle on a mate even in light of marked doubt about the man’s suitability. To quote one friend the night before her engagement, “You don’t think I’m making a big mistake, do you? He’s nice, and I can have children, and my parents aren’t getting any younger. They deserve some nachas.” For many older singles, however, the biological clock has stopped ticking, rendering an often important incentive to marry—having biological children—moot. Moreover, they often do not need the financial support of a spouse, another major factor many women consider when they decide to marry. The good news—and bad news—is that women are freer to focus primarily on personality and compatibility, which is liberating in a sense, but also limiting.

As years and decades go by and the elusive dream of becoming a wife and mother remains just that, many older, never-married women begin to ask themselves what went wrong. According to developmental psychologist Bernice Neugarten,5 all societies have a “social clock,” a conscious or unconscious consensus that dictates the age norms by which events should occur. People who do not achieve milestones within this time frame feel that they have failed to live up to their family’s or society’s expectations, and often judge themselves harshly when they see others achieving them on time. As time progresses and singlehood persists, they watch normative lifecycle events pass them by. Attending at this point, not their friends’ weddings but their friends’ children’s weddings, the well-meaning “im yirtzeh Hashem (God willing) by you” of yesteryear is now replaced with, “Oh, I did not realize you are still interested in dating; you just seem so upbeat and together, I assumed by now you made peace with your situation.”

Never-married Orthodox women may enter therapy in the hope that if they work through their issues, they will find a mate. Yet, all too often, despite growing, evolving, maturing and productively contributing to society, they remain single. In the Orthodox Jewish community, women, no matter how successful and accomplished, are nonetheless viewed as tragic figures if they have not married and had children. Worse, well-meaning relatives, friends and matchmakers often pathologize this subgroup. This can result in “micro-traumas,” or small, subtle psychic hurts that accumulate to compromise self-worth.6

As years and decades go by and the elusive dream of becoming a wife and mother remains just that, many older, never-married women begin to ask themselves what went wrong.

By the time an older single woman is fortunate enough to finally find a life partner, she faces potential complications that a younger single likely won’t encounter. The available pool of men comprises primarily divorcees and widowers. After being independent for so long, she must adjust to marriage, while also forging relationships with potentially unreceptive stepchildren. She often leapfrogs into step-grandmotherhood, without having experienced motherhood. True not just of a never-married single but also of any woman who marries a man with children from a previous marriage, her husband’s attention is understandably divided between his own children and his new wife. Orphaned children who are still grieving may resent their father marrying. She is expected, for the sake of the children, to move into the original marital home, at least for a while, so as not to further upend the children’s lives.

Yet, notwithstanding the scenario depicted above, most people are well-meaning and earnestly want to see their older, never-married friend or relative find a shidduch. For specific ways one can ameliorate some of the challenges that seem to characterize the process for the older never-married Orthodox Jewish single woman, please see the sidebar on page 45. Finally and most importantly, I must express my heartfelt and deep appreciation to the countless dedicated community members who devote hours of their time to the often thankless and frustrating chesed of matchmaking. Most have the best motivations and are upset, as am I, that I have not yet found my bashert. I have not given up and I hope they don’t either.

HOW YOU CAN HELP
Do:
– Realize that just because a single woman is successful and happy, that does not mean that she has given up hope of getting married.
– Constantly ask everyone you meet for match suggestions.
– Ask yourself whether on some level you negatively judge a never-married woman and how it may unwittingly play out in your interactions with her. Are you uncomfortable with how your friends may perceive her? Do you feel resentment when she does not accept suggestions that are actually unsuitable, because you would be so happy and relieved for her to find someone?

Do Not:
– Keep telling the single never-married woman that because of her age, the pool of available men is limited and she should therefore make compromises others would shun.
– Tell a single that because she has so much going for her, of course she will get married; being accomplished and psychologically healthy does not necessarily increase the odds of meeting the right one.
– Imply that her never-married status reflects underlying psychopathology.
– Push her to accept a suggestion; if disinterested, she likely has a good reason.

4.7 3 votes
Article Rating
This article was featured in the Summer 2019 issue of Jewish Action.