In this column, we hope to provide readers with a glimpse into OU history. The story of the OU, established in 1898, is in effect the story of the American Orthodox Jewish community. Readers are invited to submit documents, photos and other materials pertaining to the OU and its programs for consideration by e-mailing ja@ou.org. 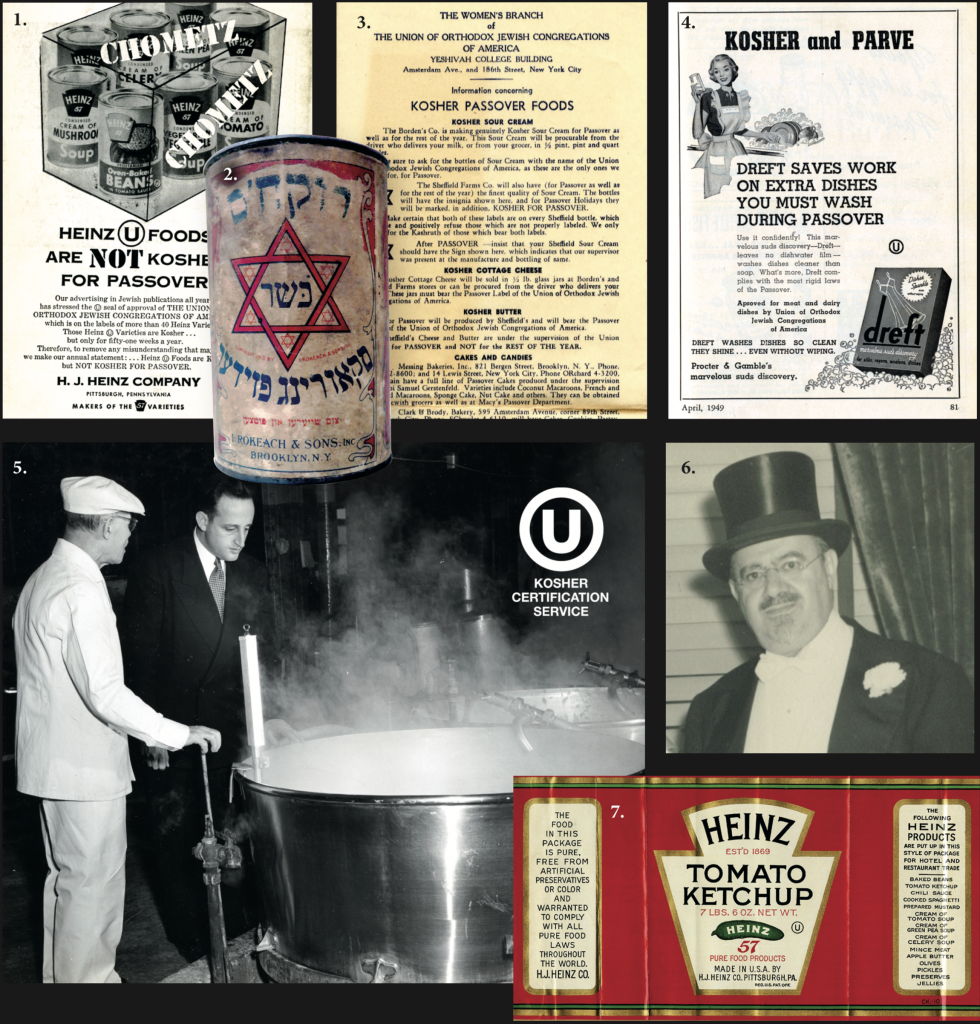 While the link between the Orthodox Union and kashrut is renowned, the role of its Women’s Branch in the establishment of the OU’s kosher certification program is lesser known.

In 1923 a group of indefatigable women with a penchant for activism challenged the status quo of kashrut in America. At that time, there was no system in place, and there were no standards. Individual rabbis were paid by food manufacturers to provide kosher certification, which led to accusations of conflicts of interest and corruption.

Under the leadership of Rebbetzin Rebecca S. Goldstein, wife of then-OU President Rabbi Dr. Herbert Goldstein, these women noted the dearth of kosher products available to the American Jewish housewife. “We had always been telling our children what they might not eat. We decided, however, to see if we could not persuade some of the well-known manufacturers of food products to substitute kosher for non-kosher ingredients—and then we could point out the things we were permitted to eat,” wrote Rebbetzin Goldstein.1

And the women did just that. They succeeded in pressuring the OU to create the first non-profit, communally sponsored kosher certification program. The genius of the program was that it was a non-profit public service, “totally free of the element of personal gain and private investment.” Members of the Women’s Branch sent representatives to visit food manufacturers, investigate and analyze ingredients, and introduce the concept of OU supervision, convincing them that increased sales to kosher consumers would make certification a profitable endeavor. In 1924, Sunshine Kosher Crackers, manufactured by the Loose-Wiles Biscuit Company, was the first product to receive OU certification.

The famed OU symbol, created when Heinz became certified in 1927, was soon visible on dozens of other products. By the mid-1930s the OU was supervising about two dozen companies, including a few leading national brands.2

In a 1934 article, Rebbetzin Goldstein, president of the Women’s Branch,3 wrote the following: “We were successful in persuading the Sunshine Biscuit Company to establish a kosher department. Twenty-six of Heinz’s ‘57 varieties’ are packed under our supervision . . . This work must of necessity progress slowly, for we must be absolutely certain before our Union can put its stamp on any article . . . .”

In 1935, when Loft’s, the world’s largest maker and seller of candy at the time, became OU-certified, one publication referred to the news as “an historic event for the Jews of America.” The occasion was celebrated with a dinner at the Hotel Biltmore, at which the OU honored the non-Jewish president of Loft’s. Over time, the OU began certifying hundreds, and eventually thousands, of products, while earning a reputation for conscientious and reliable kashrut supervision. 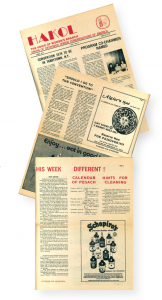 The April 1979 issue of Hakol, the newsletter of the OU Women’s Branch, featured Pesach cleaning tips, the holiday schedule, and ads for kosher l’Pesach foods and Pesach programs.

But the Women’s Branch did not only work to expand the range of kosher products. It was also deeply committed to educating Jewish women about Judaism in general and kashrut in particular. In his book Kosher: Private Regulation in the Age of Industrial Food, Timothy D. Lytton writes, “The Women’s Branch of the OU, founded in 1923, played a leading role in the promotion of traditional kashrus observance through its extensive network of synagogue sisterhood organizations.” The sisterhoods educated women, many of whom did not have access to formal Jewish schooling, about the laws of kashrut, even drawing upon the health and hygienic benefits of kosher food. They also offered classes and instruction in kosher cooking and published cookbooks. The Branch published “Yes I Keep Kosher,” a leaflet describing the advantages of observing the laws of kashrut. Additionally, the Women’s Branch was successful in opening a kosher cafeteria at Harvard “under the auspices of [the Women’s] Boston Branch” in 1925,4 probably the first kosher cafeteria on an American college campus.

Rebbetzin Rebecca Goldstein: A True Visionary
For those who knew her, Rebbetzin Goldstein’s life choices were not particularly surprising. Daughter of the noted philanthropist Harry Fischel, Rebecca as a young woman adamantly insisted on marrying a rabbi, although back then there were virtually no American-born Orthodox rabbis to be found. She met her future husband at the funeral of one such English-speaking rabbi. Herbert Goldstein was moved by the passing of the rabbi and Rebecca’s aspiration for a rabbinic lifestyle, and so he committed to swapping professions. “Do the Jewish people really need another lawyer, or could they use an English-speaking rabbi?” he quipped. In fact, one episode that inspired Rebbetzin Goldstein to later pursue her initiatives in kashrut took place during her own courting experience. When her future husband took her out for a number of hours, they found nothing to eat except milk, bananas, chestnuts and tomatoes; the proprietor of the establishment kindly gave them salt for the tomatoes. 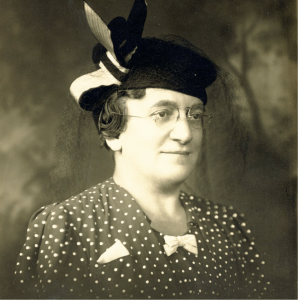 Another motivating incident was a 1923 trip by sea with her father to what was then Palestine. Mr. Fischel, a wealthy man, succeeded in convincing the caterer of the famed Cunard ocean liner company to allow for a separate kosher kitchen with new cooking utensils, a Jewish cook and a Jewish waiter for his traveling party. Rebecca took note of the hardships other Jewish sea travelers must experience.

Harry Fischel himself was active in arranging kosher food for Jewish immigrants arriving at Ellis Island in New York. Despite his own luxurious travel accommodations, he still felt dissatisfied with the food options he had arranged. He could only imagine how weak and fatigued these Jewish immigrants must be after their long journey by sea. He petitioned President Howard Taft (the most well-fed president in US history) to allow the Hebrew Immigrant Aid Society to establish a kosher kitchen on Ellis Island. In this way, Mr. Fischel hoped to strengthen the new arrivals and give them a fair chance of passing the physical evaluation when they arrived on US shores.

In a 1925 speech at the OU National Conference, Rebbetzin Goldstein summarized her ultimate ambition: “We are anxious to make every Orthodox Jewess more keenly interested in all things that are Jewish and to stimulate her love for her religion and her people. This, in our opinion, can be done most effectively by means of women’s organizations.”5

Faigy Grunfeld teaches English and history. She lives in Detroit, Michigan with her family.