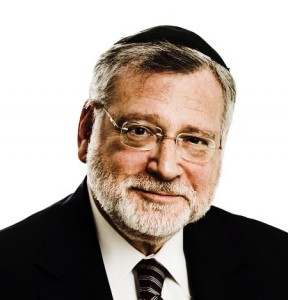 I’m writing this message in mid-October, a few short weeks after I returned from Israel, where I celebrated Sukkot with my family. There is nothing as incomparably, magnificently festive as Yerushalayim just prior to, and during, Sukkot. The city is illuminated by the incandescent sunshine of the pre-rainy season. Everywhere one looks, sukkot in infinitely varied sizes and styles dominate the streetscape. The markets are filled with yom tov shoppers, pushing and shoving in the finest Israeli tradition. My wife and I joined the holiday frenzy in Machane Yehuda, stopping at Mamlechet Hahalvah (“Kingdom of Halvah”) to load up on a family favorite.

We were in Yerushalayim not only to celebrate the chag, but also the bar mitzvah of one of our grandchildren. As my grandson leined Parashat Ha’azinu just steps from the Kotel, our joy was boundless. During Chol Hamoed, like most Israelis and visitors, we spent our time enjoying tiyulim. Each of us has a particularly memorable recollection of these opportunities to see and appreciate the uniqueness of our homeland. My special moment was our family’s visit to an army base housing Oketz (literally “sting”), the K-9 unit of the IDF. We marveled at the extraordinary training received by bomb-sniffing dogs, and were moved by a unique cemetery for canines killed in the line of duty. Every chayal we met stressed that a human life had been saved for every dog that lost its life. When we visited the kennel housing these special animals, I paused for a moment at a nondescript sign hanging on the door. It was a list of instructions detailing the halachically appropriate way of handling the dogs on Shabbat and yamim tovim. It is the essence of our Eretz Hakodesh that these brave young men and women can simultaneously uphold the Torah and insure the country’s peace and security. May Hashem guard and protect them.

During Chol Hamoed, the joy and beauty of the Sukkot holiday were shattered by the brutal murder of Rabbi Eitam Henkin, thirty-one, and his wife Naama, thirty, as they drove in the Shomron with their four young children, ranging in age from four months to nine years. Rabbi Henkin was a brilliant Torah scholar, his wife Naama a gifted graphic artist and designer. 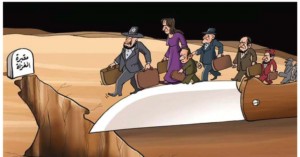 As I write this, violence has spread across Israel—from Yerushalayim to Petach Tikva, Gush Etzion, Kiryat Gat, Tel Aviv, Afula, Kiryat Arba and elsewhere—bringing countless new attacks and new tragedies, and ever more families mourning the loss of loved ones. How do we persuade the world to take notice, to care? How do we persuade the world that these heinous acts are not—and can never be equated with—political actions by rivals on the geopolitical stage? If only we could take the world by the neck and shake it until it recognizes that these acts are murders, perpetrated by madmen filled with the hatred of Jews—murderers no different than marauding bands of Crusaders; murderers no different than rampaging Cossacks; murderers no different than those who slaughtered six million kedoshim because they were Jews. Today, these murderers are nourished by the culture of hate that permeates the Palestinian media and is imbedded in their schools. Just look at the image above—a cartoon displayed prominently on Palestinian social media, depicting Jews walking on a knife blade towards a grave shaped like, in their words, “Greater Palestine.” The headstone reads: “Cemetery of the invaders.”

The world’s silence in the face of such unmitigated hatred is deafening. Worse, it is sickening in its blatant hypocrisy. When a Palestinian in the Old City slashed an Israeli woman and her infant son, stabbed her husband to death together with a rabbi who had rushed to their rescue, and was halted in his rampage only when he was shot, the BBC headline read: “Palestinian Shot Dead After Fatal Stabbing in Jerusalem; 2 Israeli Victims Also Killed.” The Palestinian Authority’s official announcement condemned Israel for killing a seemingly innocent Palestinian, without ever mentioning the brutal, unprovoked murder of Israelis. Watch the video, it doesn’t lie. The stabbed woman, Adele Benita, described from her hospital bed how Arab bystanders had “murder in their eyes,” how they laughed and spit at her as she sought help, bleeding profusely while running from the scene of her husband’s murder. Following the murder of the Henkins, hy”d, Palestinians handed out sweets, waved PA flags and launched fireworks in celebration. Watch the video, it doesn’t lie. UN Chief Ban Ki-moon condemned the killing of Palestinians, but failed even to mention the Jewish victims.

When will we stop visiting parents and grandparents, husbands and wives, to offer words of condolence to those who cannot be consoled?

We live in a world of perverted moral equivalency, where brutal murders are equated with painstaking efforts to maintain security. It is only in a world of such demented parallels that our State Department condemns the violence, and urges “all sides” to avoid escalating tension. Evenhandedness is praiseworthy, but only when both antagonists are similarly situated. When they are not—and as we have seen over and over in the past days and years, they most assuredly are not—evenhandedness is a moral abdication; evenhandedness in the face of murder and unadulterated hatred must be exposed for what it is. There are not two sides to every story; there is only justice and decency.

At Rabbi Eitam Henkin’s levaya, he was eulogized by his brother, Dr. Yagil Henkin. His words should echo like a clarion call to all who seek to reduce the murder of innocents to just another political controversy:

. . . it was not blind fate which took the lives of Eitam and Naama. They are “harugei malchut,” the term used for those who died as part of the unceasing struggle of the Jewish people . . . Eitam and Naama were not killed by “terror.” They are victims of an act of hostility. Human beings driven by hatred went out to the road in order to murder Jews, and they succeeded.

Immediately after the conclusion of yom tov, I, together with Rabbi Dr. Tzvi Hersh Weinreb, OU executive vice president, emeritus; Rabbi Avi Berman, director of OU Israel; and Mr. Norman Schmutter, paid a shiva visit to Rabbi Yehudah and Rabbanit Chana Henkin in their home in the Kiryat Moshe neighborhood of Yerushalayim. I first met Rabbanit Henkin when she stayed in my home some twenty years ago, on one of her first trips to the United States to raise funds for what would become Nishmat, that truly extraordinary educational enterprise and makom Torah. She and her husband are remarkable individuals and have dedicated their lives to the betterment of Klal Yisrael. It was impossible to find adequate words of nechamah.

Outside the Henkins’ building, three Druze men stood in flowing white robes, one of whom was the father of Druze policeman Zidan Sayif, who was killed trying to rescue the victims of the Har Nof massacre. Inside, a young man whose parents had been murdered in a terror attack twelve years ago had come to offer words of consolation. I could not help but recognize the growing—the ever-growing—fraternity of mourners, united by the common bond of pain and loss and the consequences of senseless hatred. When will it end? When will this fraternity dissolve for lack of members? When will we stop visiting parents and grandparents, husbands and wives, to offer words of condolence to those who cannot be consoled?

And where are our own leaders? Why have they not condemned—in a clear, unequivocal and forceful way—the indiscriminate slaughter of Jewish innocents? I have been to the White House several times in the past year. On one of those occasions, the President turned to the representatives of the major American Jewish organizations assembled in the Roosevelt Room and, in a highly emotional moment, stated solemnly that he would consider it a personal moral failure if Israel’s security was diminished on his watch. But Israel’s security is more than the power of its army and air force and missile defense system. Israel’s security includes—indeed, it rests upon—the safety and well-being of its citizens; the ability to drive from place to place without being stoned; the ability to walk freely and confidently in the Old City; the ability to daven in shul without fear of attack; the ability to live a peaceful, normal life where nine year olds don’t say Kaddish for saintly fathers and mothers murdered because they are Jews. The moral failure, Mr. President, is in not telling it like it is, without equivocation, without moral equivalency when there is none; without covering for unmitigated hatred through the niceties of diplomatic discourse. May God grant you the wisdom and the courage to speak the truth and protect its sanctity.

May Hashem bless us all and may the mitzvah of ve’samachta be’chagecha be fulfilled in fullness and in universal joy.