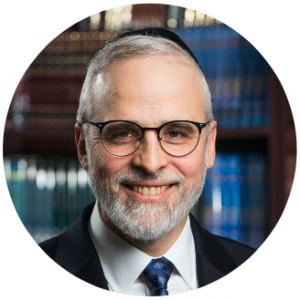 How do we develop an enduring passion for Judaism and Jewish life?

In 1905, Shraga Feivel Mendelovitch was studying in the yeshivah in Pressburg, Austria, founded a century earlier by the Chatam Sofer. The eighteen-year-old was aware of the challenges of assimilation and reform that were sweeping Europe, as the lure of enlightenment and the opportunities of emancipation captivated many Jews. He had also heard of how one man—a German rabbi named Samson Raphael Hirsch—had used his oratorical skills and his pen to engage young Jews in their faith in a way that neutralized those challenges. Rav Shraga Feivel proceeded to sell his shoes to procure some of the German-language writings that were Rav Hirsch’s tools of engagement. Those texts—along with the works of Rav Yehuda HaLevi and Rav Tzadok HaKohen, Rambam and Sefat Emet—would eventually become staples of Mr. Mendelovitch’s campaign to energize his American students’ engagement in Torah.

I heard this story from a student of his, Rabbi Dr. Aaron Siegman, z”l, who recalled with emotion how decades earlier Rav Shraga Feivel had shown him those books that he had purchased with the shoes off his feet, ba’avur na’alayim.1 Here was a man who was deeply concerned about the Jewish people and obsessed with the task of enhancing Jewish engagement, who would stop at nothing in search of a new method, a better approach, the next big chinuch idea.

Many bemoan what they observe as a widespread lack of passionate engagement in contemporary Orthodox Jewish life. They see this in the indifference displayed by students toward all things Jewish, educational, and beyond; in their pursuit of void-filling indulgences of all kinds; in masses of yeshivah graduates from all parts of the Orthodox spectrum who are visibly or emotionally dropping out; in the mechanical, robotic nature of the observance of their elders; and in the apparent dearth of individuals ready to dedicate their lives to Jewish education and communal work.

It is all true.

And it is far from the whole story.

It does not tell the story of the thousands of young men and women enthusiastically engaged in Torah and tefillah; of the schools, shuls and neighborhoods that are bursting at the seams, forcing the constant establishment of more and more; of the inspired educators quenching the growing communal thirst for spirituality and a real awareness of Hashem in their lives, or of those widely sharing musar values and strategies of self-improvement; of the unending stream of innovative chesed enterprises engaging thousands of volunteers and addressing every kind of human need; of the explosion of Torah learning for both men and women in multiple forums, live and technology-based, including early morning pre-workday kollelim and massive distribution networks of inspiring Torah content; of the countless davening groups characterized either by intense and focused prayers or joyous singing and dancing; or of the dreamers, builders and funders developing every one of these initiatives.

A great window into these stories of engagement is the Orthodox Union’s Impact Accelerator. Initiated just four years ago, the OU Impact Accelerator was created to identify and advance—via education, mentorship and collaboration—promising Jewish nonprofits and their innovative leaders. This year’s process for choosing the four to six members of the Accelerator’s fourth cohort has attracted more than 150 applicant organizations, each representing another big idea to help Klal Yisrael. That is 150 active and energetic new entrepreneurs working creatively to infuse our community with spiritual and material strength and solutions to various challenges. That is passion!

All this is not to suggest even for a moment that we can sit back. What it underscores is that there is both stuff out there that works that we would do well to emulate, as well as an apparently inexhaustible entrepreneurial spirit that is serving Klal Yisrael and tackling the issue of passionate engagement. These are the contemporary efforts to mirror Rav Hirsch’s accomplishments; and while none can even begin to claim his depth or stature, they are making inroads on the issue. Each of us—each individual, family, institution and community—needs to join in Rav Shraga Feivel’s hunt for the tool that will take us and those around us to the next level of passionate Jewish engagement.

Rather than cast around for a particular program or idea that will touch our spiritual nerve and try to deliver inspiration to ourselves or our students as end users, let us focus on the foundational path that will truly grow and unleash the power and passion inherent in each of us, adult or child: the path of service to others.

“In those days, Moshe grew up and went out to care for his brothers….”2 Rashi notes how the previous verse had already spoken of Moshe growing up, but while the earlier reference was to his coming of age, here it speaks of his growth in responsibility. True growth, true greatness, comes when one follows in the path of Moshe and leaves the comfort and safety of his or her own “palace,” considering the situation of others and what he or she can do to ameliorate it.

In this vein, Rav Joseph Ber Soloveitchik was known to comment that the blessing we give a child at the brit, “zeh hakatan gadol yihyeh,” “this small one shall become great,” follows the Torah’s original introduction of “small” and “great.” The sun is described as the great luminary because it shares its light, while the moon is known as the small luminary because it only reflects the light of the sun.3 Similarly, the Talmud4 says that an adult who is dependent on his parents is called a katan, a minor or small one, while an independent child is called a gadol, great. Thus, suggested the Rav, our blessing is that the child should grow from his current state of dependence, of receiving from others, to become great by sharing his light and making a difference to others.

This is not only the path of greatness but also the essence of spirituality. As explained by Rav Shimon Shkop in his classic introduction to Sha’arei Yosher, the Torah commandment of holiness, “Kedoshim tihyu,” is fulfilled by our emulating G-d’s spirituality and directing our lives and efforts to the needs of others:

Blessed is the Creator and exalted the Designer Who created us in His image and implanted within us eternity by making our strongest desire the granting of kindness to others . . . . G-d Himself created and designed everything only to do good to His creatures, and it was His will that we follow in His path, that we—His choice creations—always focus on dedicating our physical and spiritual energies for the benefit of others in fulfillment of the mitzvah of “Kedoshim tihyu,” “be holy.”

Yitgadal v’yitkadash, both greatness and spirituality, are achieved through giving. Looking to our children and community members as contributors and change-makers requires an adjustment of focus in our current period of material and spiritual prosperity when our inclination is not to have expectations of others but to provide for them.

And it is also the formula for achieving true joy. As Rambam taught at the end of his laws of Purim:

It is preferable for a person to be more liberal with his donations to the poor than to be lavish in his preparation of the Purim feast or in sending portions to his friends, for there is no greater and more splendid happiness than to gladden the hearts of the poor, the orphans, the widows and the converts. One who brings happiness to the hearts of these individuals resembles the Divine Presence, Whom Isaiah (57:15) describes as having the tendency “to revive the spirit of the lowly and to revive those with broken hearts.”

The material act of taking care of the needy and the lonely is the ultimate act of spirituality and creates the ultimate happiness, the greatest joy of Purim, the joy of emulating and experiencing the Divine. Given the choice between indulging as an end user or taking the opportunity to give and to share, the true joy-seeker knows what to choose. There is no thrill like giving, like making a difference to others.

This is the vision of many of our Impact Accelerator applicants including After The School Bell, an initiative founded by a high school student, Leah Solomon, that recruits and matches high school students with elementary students who can use some academic help. Leah’s program already has eighty volunteer tutor-student partnerships and aims to reach 1,000 partnerships in five years. Leah understands the power and passion that is waiting in every one of our students, not as beneficiaries but as communal contributors and change-makers.

The opposite of passion is indifference, and indifference is exactly that: the feeling that nothing I do really makes a difference. We are most determined and motivated to act when we know and when we see that what we do matters.

Our faith tells us that every good thought, word or deed has significant impact, that the world is sustained by our Torah study and is redirected by our prayers, that our good deeds bring peace and plenty while the opposite could result in deprivation and tragedy. Everything we do matters; everything we do makes a difference.

But we cannot see that, and oftentimes we cannot even sense it.

What we can see, what fuels our passion and grows us as people, is the difference we make in the lives of others.

This is a known formula that has been employed forever by effective educators. Consider the example of NCSY. Besides providing teens with a strong social environment, engaging learning opportunities and spiritually uplifting prayer and song, a staple of the movement has been leadership development. Boards—local and national—are made up of the teens, who are also the architects and the salespeople for their best programs, many of which are called “leadership programs” of one form or another. It is profoundly motivating to engage in something with visible effect, something that matters. And while the term “leadership” carries a certain egotistical allure, there is an absolute genuineness to the uplifting and maturing experience of bearing responsibility.

Rav Itzele Volozhiner, in his introductory essay to the Nefesh HaChaim, authored by his father Rav Chaim of Volozhin, wrote the following:

“This is what he shared with us constantly: ‘This is what man is all about. He was not created for himself but rather to help others in whatever ways he can.’”

The Talmud tells the story5 of Rabbi Chiya who worked to ensure that Torah would never be forgotten. He assembled eleven students, and then, rather than teach them all together, he made a group of five and taught each of them one of the five books of the Torah, and a group of six and taught each of them one of the six orders of the Mishnah. He then charged each of the students to share his learning with the others in his group. Rabbi Chiya understood that if he was to ensure the perpetuation of Torah, he could not simply create great students of Torah; he needed the students themselves to become teachers, shouldering the responsibility to perpetuate the Torah. Torah would not be perpetuated by end users, but by those whose connection to Judaism included the mission of responsibility for the engagement of others.

If we seek to foster continuity and develop passionate engagement in Judaism and Jewish life, we must recognize and unleash the power within each of us to make a difference to all of us. We must develop opportunities for our students, children and parents to exercise the power of giving, to matter to others, to live their purpose, “for this is what man is all about. He was not created for himself but rather to help others in whatever ways he can.”