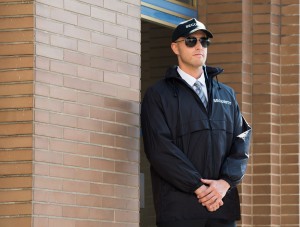 Thanks to the efforts of City Councilman David Greenfield and two years of intense lobbying spearheaded by OU Advocacy with an array of partners, New York has become the first city in the country to pass legislation that provides children in non-public schools the same security as their peers in public schools. Councilman Greenfield championed the new provision, known as Introduction 65-A, leading the push until it was signed into law January 5. Once it takes effect April 1, it will provide $19.8 million in city funding in the first year for non-public schools to train and hire unarmed, licensed, private security guards at schools with at least 300 students, with one additional officer per each 500 students. A school with 2,000 students, for example, would be provided with five guards.

Councilman Greenfield called the bill’s passage a historic day for children’s safety in New York. “Our city decided years ago that children deserve to be protected before something happens because they are children,” he said. “All we are doing. . . is extending that same protection to non-public school children. That’s something we should all be proud of.”

The new measure translates to enhanced security for as many as 200,000 non-public school children in New York City, about half of whom attend Jewish institutions. The city already provides security guards for district schools regardless of size, location or particular security threats.

“This is a tremendous win for equity and fairness for all New York City students,” said Maury Litwack, OU Advocacy’s Director of State Political Affairs. “It is our obligation to keep all children safe, regardless of which school they attend.”

OU Advocacy has been focused on similar security legislation in other states as well. In New Jersey, for example, OU Advocacy worked to increase 2016 funding for non-public security services and equipment for the first time in twenty years. In Pennsylvania, OU Advocacy worked with state legislators to include non-public schools in its Safe Schools Act, which provides funding for safety officers and other measures such as electronic monitoring and conflict resolution programs. 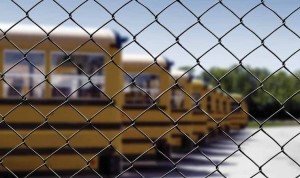 The New York City legislation is an enormous relief for school leaders such as Rabbi Baruch Rothman, Director of Institutional Advancement for Yeshiva Darchei Torah in Far Rockaway, New York. In the face of increasing anti-Semitic incidents worldwide and the recent spate of terror attacks in Paris and San Bernardino, California, parents at the pre-K through twelfth grade school have been expressing increasing concern about whether the school was doing enough for their children’s safety.

“Parents have been worried, and understandably so given the concerns our community faces,” Rabbi Rothman said. While the school already has a security patrol system in place, the new legislation will give Rabbi Rothman and the rest of the school’s community greater peace of mind. “This helps us continue our focus on learning rather than worrying about how to keep our children safe.”

Such sentiments are echoed by other Jewish school leaders. At Brooklyn’s Yeshivah of Flatbush, Rabbi Seth Linfield, Executive Director, called the bill “a top legislative priority for our school.” Yeshivah of Flatbush actively participated in advocating for Introduction 65A.

“This legislation is a game-changer for our children’s security, and OU Advocacy’s tireless efforts kept this issue at the forefront of the New York City Council’s agenda,” Rabbi Linfield said. “We are grateful not only for the OU’s persistence but also for uniting all of us to focus on the same goal: keeping our children safe.”​