Birthright Israel, arguably the largest project undertaken by the Jewish community in recent memory, has provided 500,000 Jewish young adults with ten-day trips to Israel on which they learn and connect with one another, Israel and their Jewish identities. Modern Orthodox participants looking for a Birthright Israel experience might think there’s not much for them to learn, having grown up in largely observant Jewish communities. 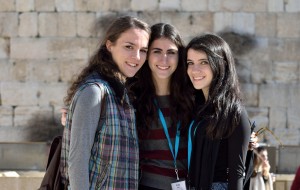 “What we find is a strengthening of the bonds that are built in yeshivot and days schools,” says Ari Ziegler, Group Leader and Program Associate at OU Israel Free Spirit, who has led five Modern Orthodox Birthright Israel groups. “These participants are already entering with a strong Jewish background and we see a deepening of those connections and an enrichment of their already ingrained Jewish values.”

With an action-filled itinerary, featuring hiking, rafting, jeeping and more, the trips provide Modern Orthodox participants with an unforgettable experience that strengthens their Jewish identities and their bonds with Israel, and helps them discover for themselves how they fit into a global Jewish community.

“I didn’t know what to expect going in,” says Devon Taylor, a twenty-four-year-old day school graduate who lives in Philadelphia and had not been to Israel since his early teens. “But I was shocked by the close connection I felt to Israel. I felt like I was home.”

The next trip is set for Summer 2016 with registration already open at www.israelfreespirit.com/app.