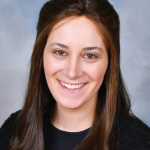 By Zippi Klein, as told to Binyamin Ehrenkranz

The first thing to do is just start. What often holds people back from going through Nach is the sheer vastness of it. It can seem overwhelming. But if you pace yourself, it’s really manageable. In Israel there is a national effort encouraging people to learn two chapters of Nach a day, by which one would finish Tanach in a year, while also learning Chumash in tandem with the weekly parashah cycle. The main thing is just to start and not be worried about understanding and retaining everything the first time around. The more you learn the more you’ll understand and remember later on.

No matter which sefer you begin with, having a good grasp of the content of Nevi’im Rishonim is really important. You’ll need this to understand the storylines, events and players in Nevi’im Acharonim and Ketuvim. So even if you want to start with another sefer, you’ll first need at least a solid run-through of Yehoshua, Shoftim, Melachim and Shmuel.

I’ve found with my students that the feeling of ownership of what they’ve learned really helps fuel their desire to learn even more. One way we begin building this is by taking a chunk of the pesukim—sometimes it’s more than a whole perek, sometimes it’s less—and writing out a summary. It can be even just a couple sentences recapping twenty or thirty pesukim. And give it a title. Just making your own segments, summaries and headers alone can really go a long way in helping process what you’re learning and actually remembering it.

Obviously review is still essential. Create and stick to your own cycle—say, read the same pesukim twice in twenty-four hours and then once more within the week, perhaps on Shabbat. But making connections is a also a huge piece of remembering things. If you can connect what you’re learning in comparison with other passages you’ve encountered before, it will really pay off.

For example, when you encounter Yehoshua sending spies to Yericho, take a couple a minutes and go back to Parashat Shelach, when Moshe sent spies into Eretz Yisrael. Even if you don’t notice any major contrasts, by making the connection and focusing on the nuance of the words and of the storyline, you’re going to remember it better.

A great sefer to learn and do this with is Divrei Hayamim, as it constantly references back to Chumash and Nevi’im. It’s a great way to see so many connections and differences. The Ketuvim in general parallel time periods in Nevi’im. So if you’re learning Megillat Rut, for example, you’re better off if you’ve already learned Sefer Shoftim, or at least learn them simultaneously, since they took place at the same time in history. You’ll gain a much better understanding of the bigger issues and challenges of the time that way. The same is true of Tehillim and Sefer Shmuel, though that may be a bit harder!

Zippi Klein is the Mikra Department chair at Harkham Hillel Hebrew Academy in Beverly Hills, California. She is responsible for the school’s Tanach curriculum and faculty development. She teaches Chumash and Nevi’im and oversees Harkham Hillel’s participation in the national Chidon HaTanach. 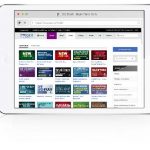 Nach Yomi: A Chapter A Day, Every Day

Nach Yomi, a program on OU Torah (ou.org/torah), provides a daily shiur in Nach—the Books of the Prophets (Nevi’im) and the Writings (Ketuvim)—at the pace of a chapter a day. Participants can complete Nach in just over two years. Since its launch in 2008, Nach Yomi has completed five cycles and is currently in its sixth cycle.

The program consists of a daily audio shiur, a synopsis of the day’s chapter composed by Rabbi Jack Abramowitz, and intermittent in-depth audio shiurim. Additionally, Nach Yomi provides the text of the chapter in both Hebrew and English. Visitors to the Nach Yomi site come from three-dozen countries on six continents.

Nach Yomi can be accessed on the OU web site  and on the OU Torah App, available on iTunes and Google Play.