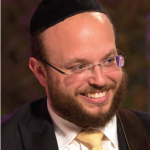 By Eitan Katz, as told to Binyamin Ehrenkranz

It’s really helpful at first to find a place with a tzibbur that loves to daven. That kind of crowd is mainly looking for a person who has an approach of trepidation, but they don’t need the perfect chazzan. They will never make someone feel uncomfortable if he’s not perfect, because they know davening is about being together. That’s a perfect place to start.

It’s probably wise to begin with Kabbalas Shabbos, since the words and applicable tunes are familiar to most people. When starting out, you should also prepare in advance which tunes you want to use. Ideally this can be done with help from others, though if you don’t have someone else to help you brainstorm, at the very least you should hum the tunes to yourself first to make sure that the words fit and the melodies match the message. It’s really critical you understand the words you’re saying and that you learn hilchos tefillah. If you don’t prepare, you’re not respecting the position properly.

Later on, once you’re more seasoned you’ll be able more often to “feel the moment” and decide tunes on the spot. But even then one should always have a go-to song in the back of his mind in case of an unexpected freeze. I myself have an “Uh-oh-I’m-stuck” tune.

Learning how to keep a balanced pace comes with experience. For the first few times one davens from the amud, try having a friend nearby to help gauge the crowd and to tell you in a nice way if you’re going too quickly or slowly.

Being nervous is totally normal no matter how much experience one has. Last year, I was in Manchester, UK, for the week of the Shabbos Project. There were 1,500 people in shul Friday night. But it wasn’t just 1,500 people. It was 1,500 people I had never seen before. It was intense. I was standing up there saying to myself, “Ki Ata Imadi, Ki Ata….”

When I get nervous, I try to remind myself what I’m doing, and that it’s not about me. It’s helpful to keep in mind what a zechus (privilege) it is to use the talents Hashem has given you to help open people’s hearts to Him. That’s not a simple thing. Reminding yourself what you’re doing up there can actually make you feel more confident.

It’s important to keep in mind that davening from the amud is not a performance. But if a person learns Torah and makes it a part of his life, no matter how much or little, then when he goes up to the amud, he won’t feel like a showman.

Eitan Katz leads inspiring concerts and davening throughout the Jewish world. He has recorded nine albums, the latest of which is entitled Pure Simcha. Eitan and his wife, Malka, live with their five children in Far Rockaway, New York.