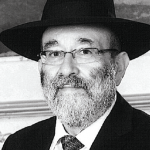 By Elchonon Zohn, as told to Binyamin Ehrenkranz

One of the most important pieces of advice for someone paying a shivah call is to prepare. Spend a minute or two reflecting on what you can say that relates to the mourner’s particular loss. This can make a big difference in your ability to comfort the avel. Think about the type of home you are visiting and any relevant memories of the deceased, if you knew him or her.

Once you walk into the shivah house, if there are already many people there and it looks like you may not get that much time with those sitting shivah, keep in mind that your presence itself often gives the mourner(s) much comfort. I sat shivah a few times. There were times when I was not able to engage every visitor. If someone came who was especially important to me, then I certainly tried to take the lead in speaking to him. But when that wasn’t possible, just knowing that those people were there and seeing their concern was very comforting.

In most cases, a visit of fifteen to twenty minutes is really quite sufficient. If you can, wait a few minutes until others leave, and then you can then move up toward the mourner. Even then, however, it’s best to set aside the notion that one can accomplish what others can’t. I’ve been to shivah homes where people pretended to be very close, when in actuality I don’t think they were. It was obvious to people watching and it made the atmosphere very uncomfortable for everyone, including the aveilim. You shouldn’t feel that you didn’t accomplish anything by not having engaged the avel in heavy conversation.

If you are not particularly close with any of the mourners, it’s best to do what the halachah states: let the avel lead; don’t start speaking until he opens the conversation. He may need different things at different moments. See what he says to you.

If you find the conversation dwelling on the mundane, you might say something like, “Is there anything about [the relative] that you want to share?” Or, “I wasn’t at the levayah, but I heard that the hespedim were very meaningful. Could you tell me something that was said that you feel I can learn from?” This is also something that’s valuable to think about before you walk in: which areas of the departed person’s life you might want to ask the mourner to highlight if you knew the relative. Though you certainly do not want to impose in a way that’s uncomfortable, if it’s done quietly and with sensitivity one will usually find that people really do want to talk about the person they have lost.

Grief may take a long time. While Chazal established certain time periods for aveilus, there’s no set recovery time for everyone.

Before leaving, it is customary to say the phrase “HaMakom yenachem es’chem b’soch she’ar aveilei Tzion ve’Yerushalayim [May the Omnipresent comfort you among the mourners of Zion and Jerusalem],” which will also fulfill the mitzvah of offering solace. While there are varying opinions, it is definitely acceptable to say this to the mourner even if he or she is not seated. We traditionally do not shake hands with one sitting shivah because of the prohibition of extending a full greeting to a mourner.

It’s also important to keep in mind that the mitzvah of nichum aveilim does not end after the shivah is over. There’s a tendency to avoid someone who has just suffered a loss, which is the opposite of what he or she often needs. Relate to a mourner as normally as possible, in the same manner as you had done prior to the aveilus. And if it’s someone with whom you are genuinely close, it’s really critical to stay in touch to see if there are ways in which you can be helpful both during and after the shivah. It may be better to just do what you think needs to be done to help them rather than asking first.

It’s often after shivah when people collapse emotionally. If you have a close relationship, keep in touch—call the individual a few weeks later. You might say simply, “I know the sheloshim is over. How are you managing?” Grief may take a long time. While Chazal established certain time periods for aveilus, there’s no set recovery time for everyone. The pain can frequently endure much longer than a week or a month. People just need to know that there are others who care about them.

Rabbi Elchonon Zohn is director of the Chevra Kadisha of the Vaad Harabonim of Queens (New York), and founder and president of the National Association of Chevra Kadisha (NASCK).

DO
– Turn off your cell phone.

– Prepare for the visit by thinking about memories of the deceased.

– Be mindful of different aveilim at the same shivah with different needs.

– Let them cry and express pain openly; there’s no need to distract them.

– Be comfortable with quiet—sometimes it’s what is needed most.

– Listen with empathy, even to feelings of guilt, if expressed.

– Tell your own personal stories of grief.

– Have side conversations with others who are visiting.

– Minimize or discount pain—it’s the wrong time for “Be strong” or “I know how you’re feeling” or “You shouldn’t feel that way.” (Better: “I feel your pain.”)

– Initiate discussion about cause of death or medical history of the deceased.

– Say anything if you’re unsure if it’s appropriate or you don’t know what to say. When in doubt, do without.