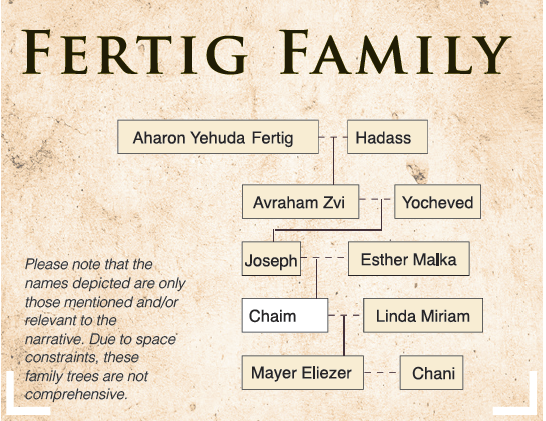 In the late 1800s and early part of the twentieth century, New Brunswick, New Jersey boasted a strong Jewish community. Aharon Yehuda Fertig (Albert Leib) and his wife, Hadass (Hermione) came to the US in 1880. They had eleven children. In 1907, their son Avraham Zvi married Yocheved (Kauftheil). They lived in New Brunswick, where they became pillars of the religious community.

It’s a fallacy to say that Orthodox Judaism in America existed only from the 1940s onward. My grandchildren mark six generations since the arrival of the Fertig family in the US.

Aharon Yehuda and Hadass made the move to the US, not certain what they were going to find. It’s unclear exactly from which country they emigrated, although according to a 1900 US Census list, they are both listed as being born in Austria. Of their eleven children, the only child who certainly remained frum was my grandfather, Avraham Zvi (we don’t know about the rest of the family). 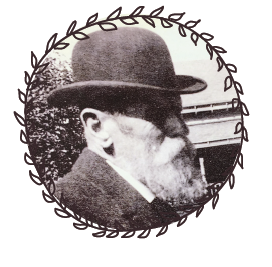 Those people who remained frum were often very determined personalities. When it came to Judaism, you had to be stubborn and inflexible. My great-grandfather, grandfather and father did not want to know gray; it was either black or white, it either was or it wasn’t. The most important thing was adherence to halachah. In order to keep Shabbos, they had their own businesses. You became an entrepreneur and that is what made life manageable—it was very difficult otherwise. My grandfather, Avraham Zvi, ran a general store, selling virtually everything. You name it, he sold it. He was also in the paper and twine business. His store was behind his home on Lee Avenue, a few blocks from the shuls. People would come and buy, and during the bad years of the Depression, he would give them credit. He and my great-grandfather, Aharon Yehuda, were major supporters of the New Brunswick Jewish community.

My grandfather made choices based on his Judaism. When my father Joseph’s bar mitzvah was approaching, my grandfather realized that the shul they davened in, Congregation Ahavas Achim, was too small for the celebration. He and my great-grandfather, along with other members, decided to build a larger shul, eventually known as Congregation Poile Zedek, on Neilson Avenue, in New Brunswick. The shul building was completed in 1924 (tragically, the shul was recently destroyed in a fire). A dispute arose when someone on the building committee wanted to put the bimah up front [which was against accepted halachah]. My grandfather said, “It’s not happening,” but he was outvoted. He had donated significant funds toward the shul’s construction, but he decided that my father’s bar mitzvah would take place, after all, at Congregation Ahavas Achim. 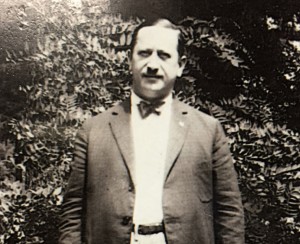 My wife and I recently went back to the old New Brunswick neighborhood, which is no longer a Jewish area. We drove over to Poile Zedek and found it locked. Just then, an elderly Jewish man approached us and asked if he could help. After I explained how my grandfather and great-grandfather were instrumental in building the shul and we wanted to see it, the man asked for my name. He said he remembered my grandmother, Yocheved, standing across the street by the Talmud Torah building and handing out candy bars to the kids to draw them to the junior congregation. He had been one of those kids.

We also visited the house where my father and grandfather grew up. The indentation in the doorpost where the mezuzah had been placed was still visible. My father had told me that when he was a child, he had a horse that was kept in a stable behind the house. The stable was still there, as well as the building where the general store was housed, which was now a carpenter’s workshop. The homeowner, a man in his fifties, asked me, “Was your grandfather a rabbi?” I said he wasn’t, but he was a religious Jew. The homeowner told me he had heard from his parents and the community that a very good and generous rabbi had lived there.

About twenty-five years ago, my brother was driving on the New Jersey Turnpike and realized at the tollbooth he didn’t have enough money to pay the toll. My brother rolled down the window and explained the problem. When the toll taker asked for his name, and he said Fertig, the toll taker asked, “Are you related to the Fertigs from New Brunswick?” My brother replied in the affirmative. The toll taker said, “Your grandfather supported my family during the Depression,” and told my brother to pass through.