Imagine an America in which all stores are closed on Sundays, few packaged foods bear kosher certification and the vast majority of Orthodox Jewish children attend public school, where they are compelled to sing Christmas songs.

This may seem inconceivable to Orthodox Jews in today’s America, but it was exactly the situation that confronted the OU in its earliest days.

In 1898, twelve North American Orthodox synagogues came together to establish the Union of Orthodox Jewish Congregations of the United States and Canada and to “protest against the declarations of Reform rabbis not in accord with our Torah,” and for the “defense of Orthodox Judaism whenever occasions arise in civic and social matters.”

The prominent mention of Reform rabbis in the OU’s mission statement reflects the profound concern among American Orthodox Jews as they watched the steady advance of Reform Judaism during the final decades of the nineteenth century. That era saw the US Reform movement establish a rabbinical seminary, a congregational arm and a rabbinical association. Along with them came the notorious treif banquet at which conspicuously non-kosher food was served to the first graduating class of American Reform rabbis—and the promulgation of the Pittsburgh Platform, the movement’s formal and radical break from traditional Judaism.

As the new century dawned, the Reform movement was marching forward, while the founders of the OU were playing catch-up. 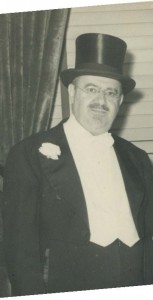 Rabbi Herbert Goldstein, rabbi of the West Side Institutional Synagogue and OU president from 1924 to 1933. Courtesy of Aaron Reichel

America is a Treif Land
Orthodoxy in America was weak and growing weaker. To begin with, the immigrants coming from Eastern Europe tended to be the least-observant segment of their native communities; they were the ones who set out for the New World in defiance of rabbis who warned that—as the Ridbaz (Rabbi David Willowski) famously put it—”America is a treif land.” They came to a country where there was no central kashrut supervision, no network of day schools—very little of the infrastructure needed to sustain Orthodox life. Outside of New York City, the situation was even bleaker.

The general temper of the times was the “melting pot” philosophy of shedding Old World ways. The so-called “blue laws,” barring most businesses from opening on Sundays, put tremendous pressure on Jewish shopkeepers to open their doors on Shabbat in order to stay afloat. Discrimination against Jews in employment and housing, as well as some universities’ quotas on the admission of Jewish students, increased the pressure to assimilate.

Orthodox rabbis in the United States were deeply divided over how to respond to this situation. Professor Jeffrey S. Gurock, the leading historian of American Orthodox Judaism, describes it as a split between “resisters” and “accommodators.”

Resisters were immigrants from Eastern Europe who longed to recreate, on American soil, the world they left behind. They opposed using English in sermons, saw no need to improve the aesthetics of synagogues, and resented the idea of adding secular studies to yeshivah curricula. Their organization, the Agudath Ha-Rabbonim, urged strict separation from American life and from non-observant Jews.

The accommodators, by contrast, were born or at least raised in America, and recognized that Orthodox Judaism could not survive in the United States unless adjustments were made, within halachic parameters, to address the realities of life in the New World. Rabbis such as Henry Pereira Mendes and Bernard Drachman, and lay leaders such as Albert Lucas and Lewis Dembitz (uncle of future Supreme Court justice Louis D. Brandeis) founded the OU out of a conviction that a modernized Orthodoxy could survive, and even thrive, in America. Thus they set out with a dual mission: to compete with Reform Judaism for the spiritual allegiance of American Jews, and to fight for the religious rights of Jews in the wider world.

Some of the OU’s battles resulted in speedy victories. In 1906, controversy erupted over public school teachers in New York City compelling Jewish pupils to take part in Christmas-related activities. Albert Lucas, secretary of the OU, appealed to the Board of Education to eliminate such practices as forcing children to sing Christmas hymns. The chairman of the Board’s Elementary School Committee condemned Lucas as an “agitator” and insisted the OU activist “does not have the support of the more intelligent Jews of this city.” He was mistaken. Thousands of Jewish parents heeded Lucas’s call for a city-wide one-day strike by Jewish students, which quickly resulted in a Board of Education directive to teachers to refrain from explicitly sectarian programming.

Other fights, however, would rage for decades. Attempts to eliminate blue laws, for example, meant going up against a deeply entrenched American tradition, dating back to the era of the Puritans. Years of lobbying by the OU, joined at times by some non-Orthodox groups, made serious headway only as society at large gradually secularized and accepted a more comprehensive application of church-state separation. In New York City, the blue laws were not abolished until 1963, and only two years later in the rest of the state.

All of these OU efforts involved matters of high principle, whether equality under the law, freedom of religion, or the separation of church and state. But just as importantly, they served the practical purpose of making it more feasible for American Jews to observe Jewish religious law.

The same may be said of the OU’s pioneering efforts in outreach. While “resisters” angrily condemned the rampant assimilation among younger Jews, “accommodators” looked for ways, within halachah, to make Shabbat observance a more realistic option.

In 1900, the Jewish Endeavor Society, functioning as the de facto youth division of the OU, began establishing “young people’s synagogues” that appealed to the younger generation by adding English-language sermons and eliminating distasteful practices such as schnoddering (publicly announcing the donation pledged by someone called up to the Torah). The rabbis who undertook these initiatives were Rabbi Drachman’s students. Many of them would later go on to establish important Modern Orthodox, OU-affiliated synagogues of their own. Especially notable was the Jewish Endeavorers’ transformation of Shabbat Minchah into the week’s major service. Recognizing that many of their congregants worked on Saturdays until the late afternoon, the Endeavorers decided to create as substantial a Shabbat experience as possible within this reality. This, they believed, was the only hope “to recall indifferent Jewry back to their ancestral faith.” It was an accommodation to the six-day American work week, to be sure, but was still within the confines
of halachah. 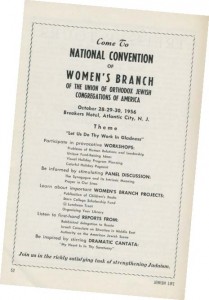 New Role For Orthodox Women
The passage of restrictive immigration laws in the early 1920s profoundly altered the makeup of the American Jewish community. The waves of East European immigrants that had reshaped US Jewry in the late 1800s and early 1900s were now almost entirely blocked out. Without the possibility of an infusion of tradition-minded newcomers, the fight to sustain Orthodoxy in America now became a struggle for the allegiance of the second generation, the children of those who had arrived in the early 1900s.

This meant that the OU had to be attuned to the changes going on in the surrounding society—changes that were profoundly influencing young American Jews along with the rest of the public. One was the evolving status of women.

The Nineteenth Amendment to the Constitution, granting women the right to vote, was adopted in 1920. Several parallel developments dramatically affected women’s lives. The amount of time devoted to housekeeping was significantly reduced by the invention of home appliances. The proliferation of canned and frozen foods, and the popularization of home refrigerators greatly simplified meal preparation. The mass marketing of beauty products and a new emphasis on women’s fashion likewise pointed to women’s increased freedom and self-awareness.

These changes were not lost on America’s Orthodox Jewish women. During this period, some Modern Orthodox synagogues agreed to grant women the status of full members, instead of counting them as part of their husbands’ membership, as had been the customary practice until then. Several shuls even began permitting women to serve on their board of directors. The Orthodox Union, for its part, in 1923 established its Women’s Branch, which assumed the task of overseeing the sisterhoods in hundreds of Orthodox synagogues nationwide. The sisterhoods were the vehicle for shuls’ female members to organize social and educational activities—sometimes with an important fundraising component—that were crucial to sustaining the synagogue as a center of Jewish communal life. 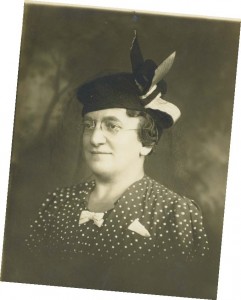 The founder and pioneering leader of the OU Women’s Branch was Rebecca (Betty) Goldstein, who was in many ways the role model for the modern American Orthodox rebbetzin. The daughter of OU leader Harry Fischel, Betty earned both a BA at Barnard and a teacher’s diploma from the Teachers Institute of the Jewish Theological Seminary of America, which at the time was considered Modern Orthodox; when JTS later moved away from Orthodoxy, she helped found the Hebrew Teacher’s Training School for Girls as an Orthodox alternative to JTS.

Rabbi Goldstein’s West Side Institutional Synagogue was the model of an early OU synagogue, focusing on the needs and interests of young people and bringing modern programming and decorum to synagogue life while remaining within the bounds of halachah.

As the Women’s Branch counseled local sisterhoods on programming and provided them with the administrative know-how to function effectively, it “grew to represent an Orthodox female constituency and one, moreover, that sought to define the Orthodox Jewish experience from a woman’s perspective,” historian Jenna Weissman Joselit noted in her landmark study, New York’s Jewish Jews. By helping women play a significant role in Jewish communal and organizational life, the OU paved the way not only for women’s board membership to become standard practice, but also for women eventually to become the presidents of some mainstream American Orthodox synagogues.

The OU women also played a crucial role in education. At a time when Jewish schooling for girls was rare, the Women’s Branch stepped in to provide much-needed resources. Pamphlets produced by the Women’s Branch provided guidance on women’s ritual obligations and especially on kashrut, the key to a spiritually and physically healthy Jewish home. A series of popular kosher cookbooks reinforced these themes while supplying practical advice that made keeping kosher more attractive.

Vintage Ads from Jewish Life, the predecessor to Jewish Action.

This growing role of women in American Orthodox life was to a significant extent responsible for launching the area of activity for which OU is best known: kosher certification of food products. To increase the variety of food products available to the women whom they were urging to keep kosher, Women’s Branch representatives in the mid and late 1920s began personally inspecting food-manufacturing plants and pressing the OU rabbinical leadership to expand its kashrut supervision efforts. The fact that Rabbi Goldstein was president of OU during that same period—from 1924 to 1933—facilitated the close correlation between the kashrut activities of the Women’s Branch under Rebbetzin Goldstein and the expansion of the certification work of the OU under her husband’s leadership.

The appearance of the OU seal of approval on a growing number of products, and the excitement in the Orthodox community that greeted the announcement of each new kosher-certified delicacy, marked a turning point in the building of a viable Orthodoxy in America. Although today we might not agree that the certification of a particular brand of ice cream was “an historic event for the Jews of America,” as its advertisement in the magazine Orthodox Union proclaimed in 1935, it is clear that the initiatives taken by the OU in its early years to make Orthodox practice feasible and attractive provided the foundation for the lifestyle that Orthodox Jews enjoy in America today.

Dr. Rafael Medoff is founding director of the David S. Wyman Institute for Holocaust Studies in Washington, DC, and author of fourteen books about Jewish history, Zionism and the Holocaust, including the Historical Dictionary of Zionism (with Chaim I. Waxman [2008]).