Elon Moreh, located in the Shomron, is situated of the slopes of Har Kabir, northeast of the city of Shechem (Nablus). Photo: Eitan Lasser

“You will yet plant vineyards on the hills of Shomron, and those who plant will surely savor the fruit of their labor” (Jeremiah 31: 5-6).

There is a unique Chinese expression for native village—gu xiang [gû xiàng]—which is not necessarily a place where you are born but a locale from which ancestral roots call to you in the language of the heart and of the soul. Over four decades of teaching Chinese history, I thought this term was untranslatable.

Until this past summer when I visited Elon Moreh in the Shomron for Shabbat. Here I saw and felt the pull of the land that was first glimpsed by Avraham Avinu, the first Jew commanded to come to Israel. Here, too, I met some of the vatikim—the brave and spirited founders of today’s flourishing community of some 350 families. Against all odds, these men and women were determined to come home to the Shomron and witness the prophecy of Jeremiah unfold with their own eyes.

Over excellent Cabernet Sauvignon—grown and bottled in Elon Moreh—I heard the moving history of this Jewish community from my hosts, Rochelle and Zev Saffer, and their Friday night guests, which included Benny Katzover, one of the fiery founders of Gush Emunim in the 1970s.

I had glimpsed the vineyards before the start of Shabbat while on a tour of Mount Kabir, which rises precipitously above Elon Moreh. With a Tanach in hand, Zev guided me along the mountaintop, showing me Mount Gerizim and Mount Ebal right opposite the community, near the ancient city of Shechem (Nablus).

Until the founding of Elon Moreh, some were tempted to dismiss the call of our Jewish gu xiang as mere narrative. This made the right of the Jewish people’s return to Shomron easier to avoid or even deny. Then, in 1980, a secular professor of archaeology from Haifa University, Adam Zertal, discovered the large, whole stones and pottery shards, which proved that this was indeed the location of the altar of Joshua on Mount Ebal, dating back to 1250 BCE. The academic (and political) community did not immediately embrace the truth embedded in the facts on the ground. Eventually, Zertal published his findings in a key book entitled Am Nolad (The Birth of a Nation).

Rochelle and Zev, like Benny, did not return to the Shomron because a professor of archaeology validated the Jewish claim to the area. They had come some years earlier out of a passionate conviction that the Jewish people had roots in the Shomron and that homecoming would give them a more meaningful life.

At the Shabbat meal, Benny recalls the small garin, the seedling group that decided to come back to the heart of Israel after the 1967 war. They were guided by the teachings of Rabbi Avraham Yitzchak HaCohen Kook, the first chief rabbi of Israel, and his son Rabbi Zvi Yehuda Kook. Several in the group had studied at Yeshivat Mercaz HaRav. Others, like the Saffers (new olim in 1976), joined out of a simple belief that the Jewish people should be able to sink roots any place in the Land of Israel.

It was a rough, difficult start. Politicians, including Shimon Peres, were greatly encouraging at first. Later, they reneged under international pressure. Sharon and Begin also supported the vision of returning to ancestral roots in Elon Moreh, but dragged their heels as a small group of families got ready to break ground with their bare hands. The most poignant memory at the Shabbat table concerned the aged Rabbi Zvi Yehuda Kook. These young people embodied the teachings of Rabbi Kook’s father and his own ideals; yet, he too, was reluctant to give them the green light for this homecoming in the Shomron. (Hevron and Kiryat Arba had received his approval earlier.) Benny and his friends sought their rabbi’s blessing twice. The third time, trembling with awe and also strengthened by their conviction, they went to meet Rabbi Zvi Yehuda Kook and to tell him that they were going to establish Elon Moreh.

The teacher’s response was loving and personal: he embraced each of the young men, held their hands and caressed their faces. These actions, more than any words, sustained them in the hard years of living in tents—and later, in days of mourning for those murdered by terrorists swelling up from the Arab villages that had become openly hostile after the Oslo Accords. The main synagogue (one of eight in the community) is named Rachamei Tirzah for two of the children whose lives were cut short due to terrorism. As I traveled on the bus to and from the Shomron, I could not help but notice that every intersection had a memorial stone for someone killed by terrorists.

This Shabbat, however, almost forty years after the founding of Elon Moreh, the visionary founders are savoring the fruits of their labors. In today’s community, the vatikim are joined by immigrants from France, America, Russia, Argentina and Peru. 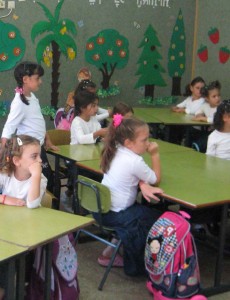 Zev tells me the history of a small community in the high Peruvian Andes that started to follow Judaism simply out of love for the Jewish Bible and a sincere quest for truth. These native peoples had no Biblical roots, just a longing to join the Jewish people. Israeli rabbis agreed to convert them and they made aliyah as a group. Elon Moreh embraced several dozen of these converts. Zev’s son, who grew up in Elon Moreh, married the daughter of one of the Peruvian Jews. There are more layers to this homecoming in the Shomron than I had ever imagined possible.

These layers simply provide proof for the vision of gu xiang that animated the founders of Elon Moreh in the mid-1970s. This is not to say that these elders are not worried about the future of their beautiful community. Concerns about politics and terrorism loom large, but they do not overshadow the peace and joy of Shabbat. Rabbi Elyakim Levanon, rav of Elon Moreh, spoke movingly about his own three decades in this special community. He focused on the division of the Land of Israel among the tribes by the goral—a Divine instrument for identifying which landscape best suited the characteristics of each of the Twelve Tribes of Israel. He spoke about being born near Haifa, and educated in Jerusalem. But somehow, along the way, he felt the pull of this particular ancestral legacy in the lands given to the Tribe of Joseph. “Here I feel the inner peace that comes from knowing how each tribe heard the cry of the goral according to its own innermost spiritual roots,” he said.

Strolling along the sidewalks of Elon Moreh, watching dozens of children hurtling down the street on bicycles and tricycles—the boys with kippot and peyot flying—I feel a sense of well-being. We belong here. We come from here.

Vera Schwarcz was Freeman Professor of East Asian studies at Wesleyan University, until her recent retirement. She is the author of eight books.