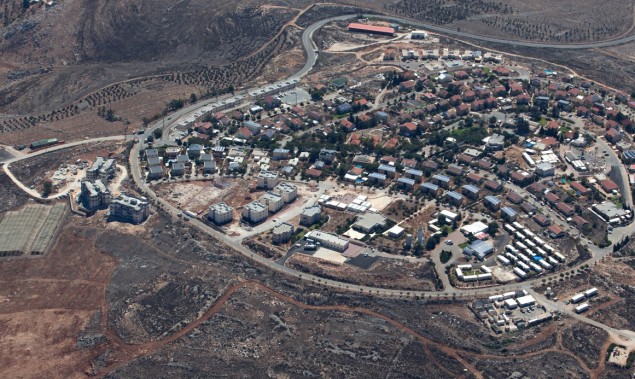 There is a common misconception that all residents of areas that were liberated during the Six-Day War are Orthodox, or of a particular political bent or that their towns are all “bedroom” communities. In fact, the residents of “yishuvim”—the Hebrew word for any settlement but which has come to refer to those in Judea and Samaria—are mostly “ordinary people,” with no greater a percentage of those on the fringe than in any locale; the only difference being that yishuvim are usually under the world’s microscope.

Some move for the religious atmosphere (assuming they choose an Orthodox yishuv), some for the Zionist ideology, others for the better quality of life—the affordable housing, fresh air and beautiful views, and still others for a combination of the above.

The demographic makeup of each yishuv varies, but most include a combination of sabras and olim, plenty of whom come from Western Europe, North America, the former Soviet Union and Ethiopia. The settlements are as diverse as their populations; some are farming communities and frontier villages; others, such as Modi’in Illit, Ma’ale Adumim, Beitar Illit and Ariel, have achieved city status. Economically, they are thriving, producing industries and successful businesses, many of which employ local Arabs.

Today Israelis of all kinds live in more than 150 different kibbutzim, towns, moshavim and cities in Judea, Samaria and the Golan Heights. They are what most of the international community likes to call “settlements.” But to 383,000 Jews, these communities are simply “home.” 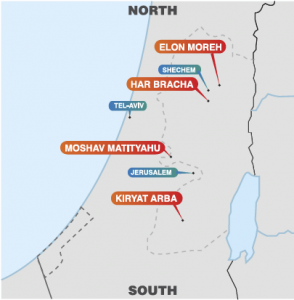 Historical Snapshot: The Settlement Enterprise
When God said to Joshua, “Every place on which the soles of your feet will tread I have given to you, as I have spoken to Moses,” it was one more command in a long line of Biblical commands to the Children of Abraham to spread out and live in the Land of Israel.

The “settlement enterprise” did not begin in 1967, or in 1948 or even in the twentieth century. There has never been a time when Jews were not living in Eretz Yisrael or dreaming from afar about how they will one day reach it.

In the wake of the Six-Day War, the Old City of Jerusalem, Judea, Samaria, Gaza and the Golan Heights—all of which had been, at one time or another, locations of vibrant Jewish life—were liberated and the nation was euphoric.

Naturally, plans commenced for rebuilding the Old City of Jerusalem, which had been destroyed by the Arabs after it fell in battle in May 1948.

The children of Gush Etzion, whose parents had been massacred by the Arabs who overtook it in May 1948, began to return home in 1967 to rebuild. Today Gush Etzion has twenty-two communities and 70,000 residents, in addition to the town of Efrat, which is a separate municipal entity.

The first kibbutz on the Golan Heights was founded in July 1967 and by 1970 there were twelve communities. In 1981 the Golan was officially annexed to Israel. Today there are twenty-nine communities.

Another group, led by Rabbi Moshe Levinger and Rabbi Eliezer Waldman, turned their eyes to the historic city of Hevron. In 1968, a few Jewish families spent Pesach in the Park Hotel in Hevron and decided to stay. Today there is a Jewish community in Hevron in addition to Kiryat Arba.

In the Gaza area, Kfar Darom had been established in 1946 by a group from Kfar Hanoar Hadati of Kfar Chassidim. The residents were forced to vacate it in 1948, after holding out for 222 days, under seige by the Egyptians. It was reestablished in 1970 by a Nahal army group. From 1973 onward, more communities were added in the Gaza area, eventually reaching twenty-one Jewish communities before their expulsion in 2005.

The resettlement of Jerusalem, Gush Etzion, Hevron and Gaza, and the beginning of the founding of kibbutzim and communities in the Golan Heights, predated the creation of the Gush Emunim movement, which took place in 1974. It was this movement that led to the mushrooming of additional communities within Judea and Samaria. Today, they checkerboard the landscape of Eretz Yisrael. God’s words to Abraham, Moses and Joshua live today in the modern State of Israel.

Follow the links below to read about the featured settlements:

Toby Klein Greenwald is a journalist, educator and community theater director who lives in Efrat, Israel with her family.