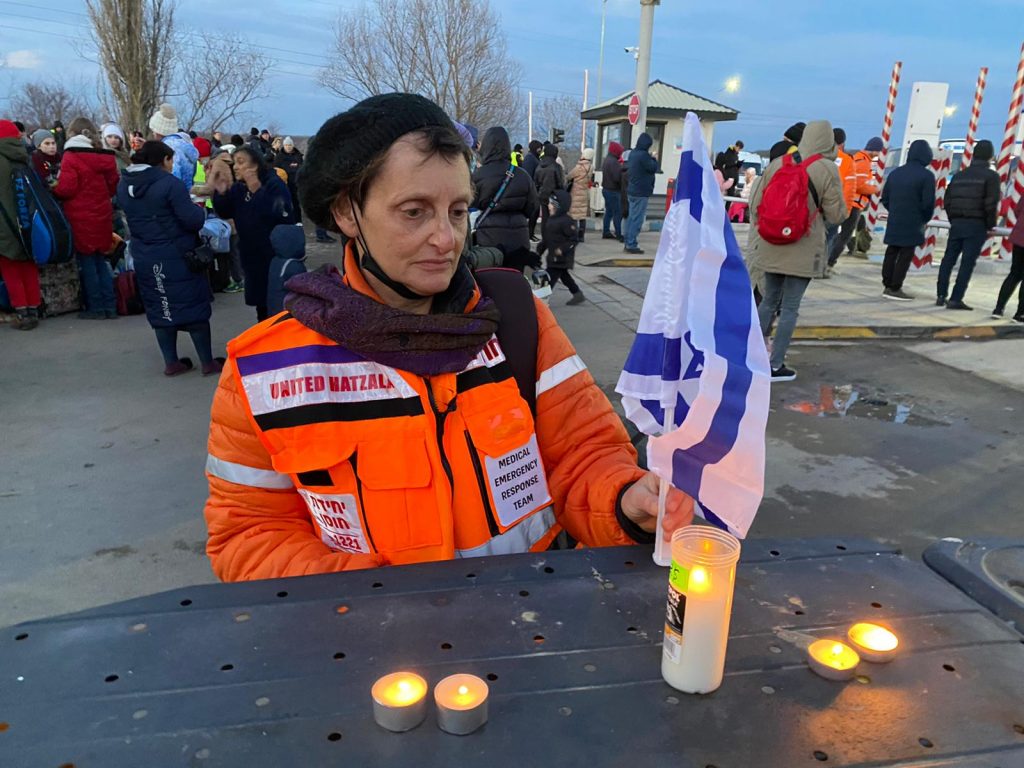 Social worker Jill Shames, part of a fifty-member delegation from United Hatzlalah in Israel, lighting Shabbat candles in the village of Palanca at the Ukraine-Moldova border. Courtesy of Jill Shames

During a typical week, Jill Baker Shames, a native of Pittsburgh who made aliyah in 1996, spends her time counseling critically ill children in hospitals across the country, and teaching empowerment skills to traumatized women in rented spaces.

During six days earlier this month, she also spent time putting her training as a social worker to use with children and women in Moldova, and across the Moldovan border in Ukraine.

Shames, who had studied social work at Boston University and holds an advanced black belt in a form of karate, was part of a fifty-member delegation from United Hatzalah in Israel that traveled to Moldova, a neighboring country of Ukraine, to assist the refugees who were fleeing from their homes during war begun by Russia.

For Shames, sixty-two, it was a chance to put into practice—in a foreign setting—her dedication to “gemilut chasadim” (performing acts of kindness), she says.

For six days, as a volunteer, she assuaged the concerns of the refugees; helped them find the buses that would carry them to Chișinău, the Moldovan capital formerly known as Kishinev; brought them food and water and clothing; sorted through piles of supplies; shlepped bagfuls of supplies; and helped clear space in the delegations Chișinău headquarters where they were aiding the refugees.

“These were small acts, but they were important if you see the big picture,” Shames says.

The big picture—millions of Ukrainian refugees have left their homeland in the last month, and Shames and her fellow volunteers were able to help some of them. 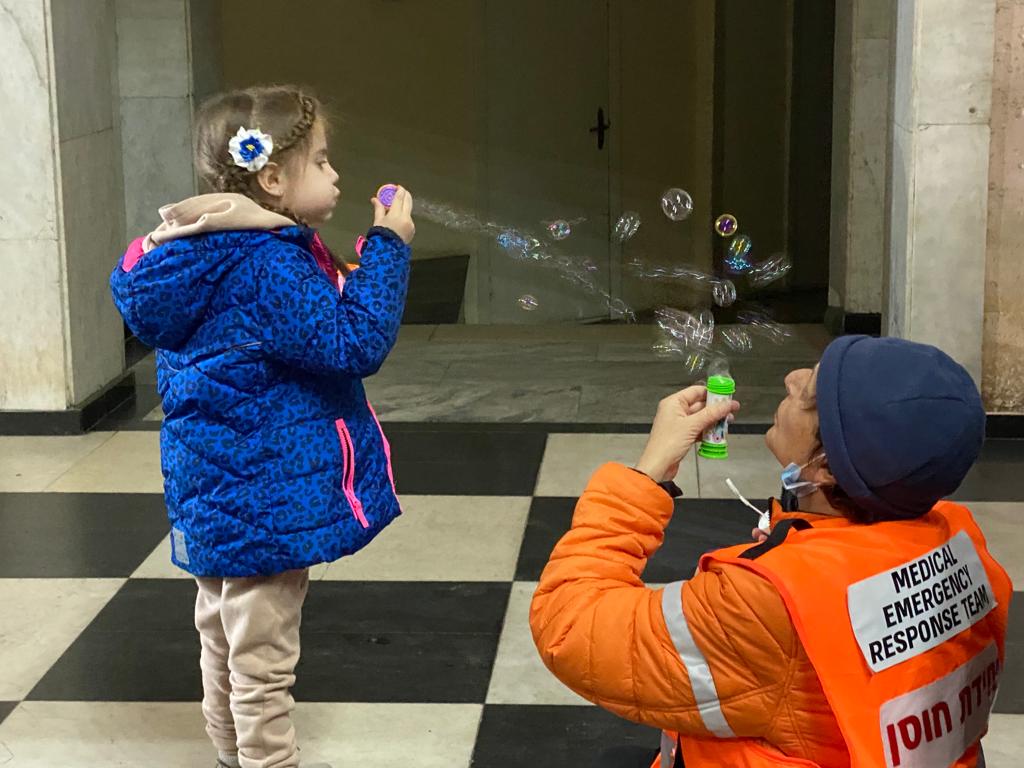 Shames blowing bubbles with a young Ukrainian refugee at at the Hotel Kishinev in Moldova, where refugees were staying as they waited to continue on their journeys after getting out of Ukraine. Courtesy of Jill Shames

Each day four members of the United Hatzalah delegation would be driven to one of the Moldovan borders, a three-or-four-hour ride away from the capital. There Shames would meet with the refugees, sometimes crossing the border to where the refugees had to stand in line for hours, doing what she could, what her training in trauma counseling had taught her, to reduce some of their anxiety.

She had learned two expressions in Russian. “You are in a safe place.” And, “You are not alone.”

Mostly, Shames says, she listened. Though she does not speak Russian or Ukrainian. “I didn’t need to know all the details” of what the women and children and senior citizens (the men had to stay behind to fight the Russians) had experienced. She understood by their faces and body language, she says, what they had gone through. She smiled and offered a hand on a shoulder.

In return, she got hugs. “Oh my G-d, so many wonderful hugs.”

Rabbi Joseph Polak, former Hillel director at Boston University (where Shames had become a ba’alat teshuvah), who has known Shames for four decades and officiated at her wedding, called her “a frum, deeply committed Jew, a Torah-learner.” She is “fearfully smart and articulate; also passionate about moral causes and humanity-based issues, and all are informed by her Torah knowledge and commitment,” Rabbi Polak said.

Rabbinic advisors to United Hatzalah had informed the shomer Shabbat members of the delegation to Moldova that the life-saving work of the volunteers allowed (if not obligated) them to work on Shabbat; Shames, who worked with the delegation’s medical volunteers, was covered by this dispensation, she says.

Members of the United Hatzalah delegation from Israel, including Shames (second from left) preparing to light Shabbat candles. Courtesy of Jill Shames

She arrived on a Thursday. Early the next day she arrived at the Ukrainian border. At sundown, she was still there. At candle-lighting time, she tried to include some Jews from the Israeli consulate and the Joint Distribution Committee in the blessings over the candles. “The sun was going down.”

She approached a Chabad rabbi on the scene. “He told me,” Shames says, “You can light the candles, but you can go on saving lives.”