I was interested to read Nechama Carmel’s recent column, “Musar from Microsoft” (summer 2021). Indeed, as observant Jews interacting with the secular world around us, we often find messages from one realm that impact and influence our interaction with the other. I must, however, take issue with one statement. Ms. Carmel states, “If Covid-19 has taught our post-Enlightenment, highly secularized world one thing, it is this: science is a poor substitute for religion—it is fallible and flawed, just like the human beings who study it.”

I will not argue that science can be a substitute for religion; it absolutely cannot be. In the words of Rabbi Lord Jonathan Sacks, zt”l, “Science is about explanation. Religion is about meaning. Science analyses, religion integrates. Science breaks things down to their component parts. Religion binds people together in relationships of trust” (The Great Partnership: Science, Religion, and the Search for Meaning [New York, 2012]). However, just because science is not a substitute for religion, it does not follow that the scientific method, as a method, is flawed. After decades of de-prioritization of scientific exploration and education in the United States, Covid-19 suddenly thrust scientific endeavor back to the forefront of our attention. Unfortunately, these decades of de-prioritization have left us with a public that, by and large, does not understand the scientific process. Imagine the amei ha’aretz had they been listening to our Sages debating the Torah She’beal Peh as the Gemara was being codified. Would they not have considered the Torah and halachic process flawed?

Science is a cyclic process of hypothesizing, testing and re-hypothesizing with continual refinement of our understanding of our world so that we can better make use of the world around us. The rapid and public development of our evolving understanding of the Covid pandemic has led those unfamiliar with the process to believe the scientific process is flawed. It is not. The scientific process has worked exactly as designed and as it should.

In Support of Secession

In Mr. Israel Mizrahi’s review of Rabbi Berel Wein’s book In My Opinion, in what appears to be a quote from the book, there is a significant error.

A reference is made to Rabbi Samson Raphael Hirsch’s support for secession from the Reform-controlled community. Then, the following is stated: “However, great rabbis disagreed with his approach, foremost among them Rabbi Yitzchak Dov HaLevi Bamberger and Rabbi Azriel Hildesheimer. In Eastern Europe, the Netziv warned against following Rabbi Hirsch’s lead in the Lithuanian communities that were beginning to be dominated by secularists. He wrote strongly against separating from the general community.”

Rabbi Bamberger did indeed issue a ruling in March of 1877 that secession in Frankfurt would no longer be mandatory, which reversed his decade-old position in support of secession. However, he also stipulated conditions that would have to be met to allow for non-secession, and he held that secession would be mandatory if these conditions were not met (as they were not by the non-secessionists in Frankfurt, for example). Unlike Rabbi Bamberger, Rabbi Hildesheimer was a consistent and vocal supporter of Rabbi Hirsch’s pro-secession stance. Rabbi Hildesheimer’s own kehillah in Berlin was a secessionist kehillah, and he wrote to Rabbi Hirsch to congratulate him on his halachic analysis of the requirement for secession (Rabbiner Esriel Hildesheimer Briefe, pp. 119-120).

The claim that the Netziv came out in opposition to Rabbi Hirsch’s stance is factually incorrect. The Netziv did author an essay, later published in Shu”t Meshiv Davar, no. 44, opposing a separatist position he saw espoused in the journal Machzikei HaDat. However, the circumstances of the Netziv and those of Rabbi Hirsch were very different, as Rabbi Hirsch faced ideological Reformers who denied the Divine character of the entire Torah, whereas the Netziv referred to three different camps of Jews, the most anti-traditional of which challenged the authority of parts of the Talmud. There was no Reform movement in Eastern Europe—as there was in Germany—and thus the Netziv did not render a verdict on how to deal with it.

A number of prominent gedolim familiar with those parts of Europe that had entrenched Reform communities did render a verdict similar to Rabbi Hirsch’s. Maharam Schick (Shu”t Orach Chaim, no. 306) wrote to Rabbi Bamberger imploring him to retract his position that secession was not mandatory, arguing that communal separation from ideological heretics was certainly mandatory. Likewise, Rabbi Elchonon Wasserman quotes his teacher, the Chofetz Chaim ,as stating that Rabbi Hirsch was correct to have seceded from the Reformers (Kovetz Ma’amarim, vol. 1, p. 205, from a letter originally printed in 1928, during the Chofetz Chaim’s lifetime). Rabbi Chaim Ozer Grodzinski (Achiezer: Kovetz  Iggerot 1, pp. 243-244) respectfully presents the arguments of both supporters and opponents of secession, avoiding taking a position in this matter, but still commending Rabbi Hirsch for separating from the Reformers, which according to Rabbi Grodzinski was necessary for the preservation of the Orthodox community.

The cover story of your winter 2020 issue featured a fascinating exploration of Jewish life following Covid [“Reimagining Life after Covid].” I would like to offer some perspective and proposed action to take as we re-enter society.

Interestingly, two great organized intellectual Jewish projects in history were initiated almost immediately after the pandemic of a century ago—the influenza pandemic of 1918. Although the Daf Yomi was implemented upon the recommendation of Rabbi Meir Shapiro in 1923, the concept was first proposed by Rabbi Moshe Menachem Mendel Spivak in 1920.

Similarly, the Encyclopedia Talmudit was re-proposed by Rabbi Meir Berlin in 1942 and published by Rabbi Shlomo Yosef Zevin et al. in 1947, but it was first proposed by Chief Rabbi Avraham Yitzchak HaCohen Kook in 1921.

Seemingly, now is the time to channel the suppressed energy and creativity of the pandemic period in order to benefit the Jewish community in ways that will enhance Jewish life around the globe.

Below are ideas for the readers of this magazine to contemplate:

1. Set up a global system to encourage the giving of ma’aser (tithes).

2. To combat anti-Semitism, a clearinghouse is needed to prevent and respond to disinformation about Judaism and Israel (organizations that were founded for this purpose have failed at this mission and have even become counterproductive).

3. On a social level, lonely empty nesters can open their homes to young single people and/or divorced or displaced people of any age and work out mutually beneficial living accommodations to benefit both categories of people.

4. On a financial level, there is a need to build on Albert Kahn’s crusade for term insurance subsidies for teachers and even synagogue members, the absence of which was so catastrophic during the pandemic.

These initiatives must be systemic in order to build and enhance Jewish life. 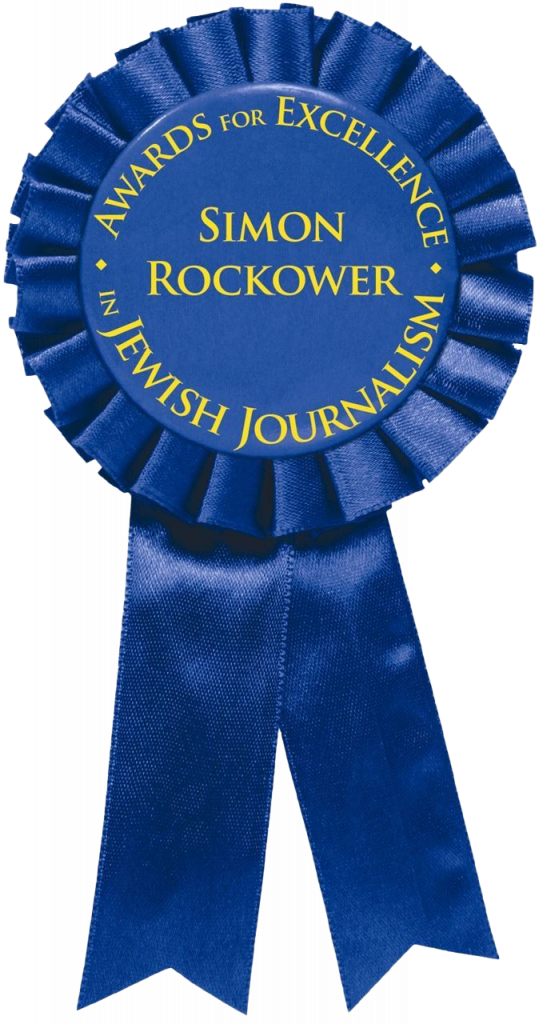 This past June, at the American Jewish Press Association (AJPA) Conference, Jewish Action won five Simon Rockower Awards for Excellence in Jewish Journalism for work that appeared in 2020.

“As the winner of five Rockower awards this year, Jewish Action does not disappoint,” said Dr. Rosalyn Sherman, chair of Jewish Action. “Year after year, its superb editorial and writing staff keeps the public informed and aware of the latest issues affecting Jewish life. Combining a level of both sophistication and accessibility, Jewish Action remains among the premier magazines serving the Jewish community today.”

The magazine secured first place both

Longtime Jewish Action writer Barbara Bensoussan won second place in Excellence in Writing About Food and Wine with her article “Converso Cuisine: Chanukah Recipes Dating Back to the Days of the Inquisition” about a woman who discovers her secret Jewish roots.

The magazine also won first place in Excellence in Education Reporting for Ahuva Reich’s “The Age of Anxiety” about rising anxiety among school-aged children, and what Jewish day schools are doing to promote good mental health.

Additionally, Jewish Action won second place in Excellence in Education Reporting for “Being Mindful on Campus,” by Ahuva Reich, which explores how mindfulness is helping young people on campus cope with anxiety.

“It’s gratifying to me that independent, expert journalists recognize what I’ve known for more than fifteen years—that our highly talented editorial staff raises the bar each and every year,” said Jerry Schreck, co-chair of Jewish Action. “Despite the challenges of putting out a magazine during a pandemic, Jewish Action managed to produce high-quality, award-winning content. Congratulations to our editors, our writers and to the members of the Editorial Board on this occasion.”