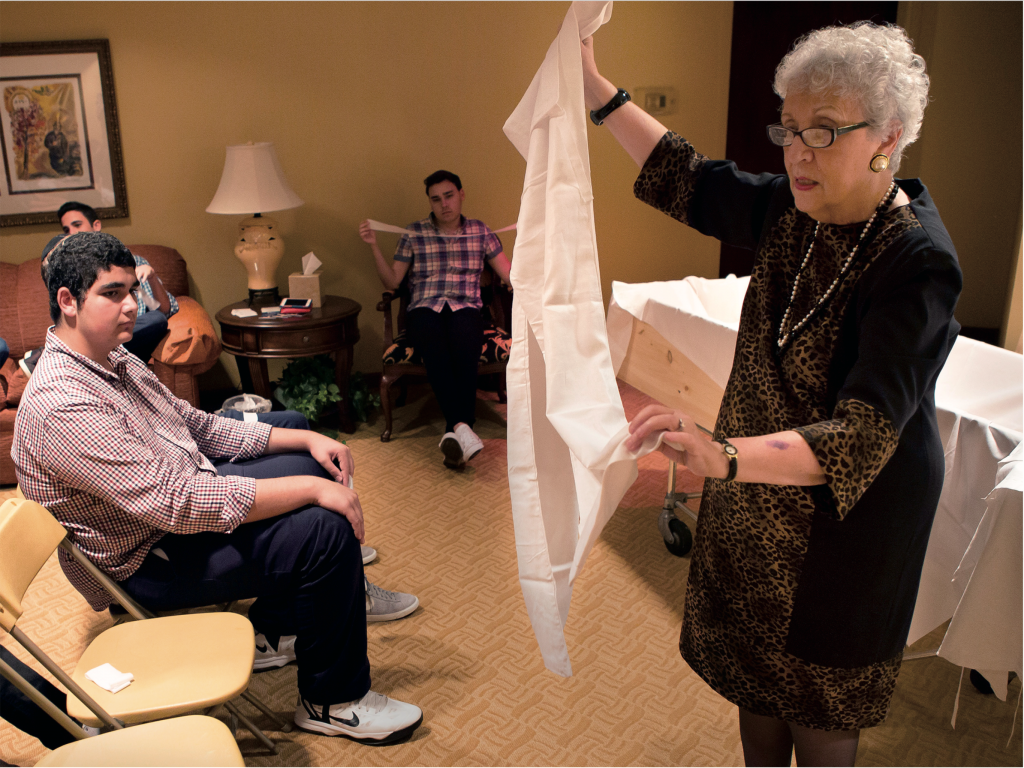 A veteran of chevra kadisha work, Rochel Berman has spent decades engaging in the ultimate act of chesed. 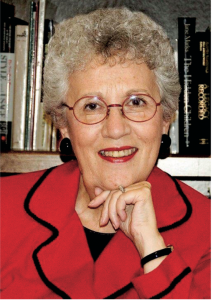 Rochel Berman has developed an expertise that few people want but everyone will need some day. She is an expert on Jewish burial practices. A native of Winnipeg, Manitoba, Canada, who lived in Yonkers, New York, and subsequently, in Boca Raton, Florida, Berman is a veteran of chevra kadisha volunteer work, preparing bodies for burial. Additionally, she is the author of Dignity Beyond Death: The Jewish Preparation for Burial (winner of the Koret Jewish Book Award), and an educator who has designed a day school course on facing death for teenage students. Over the years, she has performed more than 500 taharot.

Jewish Action recently interviewed Rochel Berman, a vibrant, articulate woman in her eighties. This is an edited transcript of that conversation.

The chevra kadisha is entrusted with the met after the medical professionals have done everything. We provide a loving and elegant passage from this world to Olam Haba; we are “advocates” for the deceased.

I find that the core values of Judaism are so beautifully expressed in a taharah: the selflessness in caring for the helpless; respect for the dead (kavod hamet); and treating everyone consistently with dignity regardless of religious, socioeconomic or any other kind of status. There is equality in death. Everyone is buried wearing the same tachrichim (white linen clothing) and in the same plain pine box. The tachrichim have no pockets and no hems to signify impermanence and that you take no worldly goods with you. Everybody, rich and poor, young and old, religious and nonreligious, is buried in the same garments.

Every time I entered the taharah room for the 500 plus taharot I’ve performed, I felt awestruck. Each time I left, I felt something extraordinary had happened. Not once did it feel like it was done by rote.

The purpose of the taharah is to provide comfort for the soul and care for the body. We members of the chevra kadisha talk very little while performing a taharah, except about the tasks at hand. When we are working on the deceased, we never pass anything over the body. We always walk around the body as a sign of respect for the dead. I have a distinct sense that the soul is hovering and is in transition as we do this, and that makes us that much more careful with the body.

Although this mitzvah is magnificent, it comes with its challenges: Suicides. Children. Yet no matter the challenge, the taharah is always done in peace and tranquility.

Working for the chevra kadisha has also put my own mortality into much sharper focus. I don’t have a fear of death.

When someone says to me, “I will never be able to do a taharah,” I respond: “That’s because you don’t really know what it’s about.”

I have spoken to many audiences throughout America about the work of the chevra kadisha. Some of those audiences have been quite sophisticated, with well-educated Jews in attendance. It is amazing how many people do not know about these rituals; this results in many Jews engaging in practices that are alien to Judaism, such as cremation, buying expensive caskets or dressing up corpses. Even many religious Jews don’t have a clue about how a taharah is done and why.

When you understand the Jewish perspective on death, you live your life differently.

After much thinking and discussion with others, I decided to devote considerable time to educating Jews about the chevra kadisha and taharot, especially teenagers. In 2015, I began teaching classes to teens on the work of the chevra kadisha.

Together with Rabbi Jonathan Kroll, former head of school at the Katz Yeshiva High School of South Florida (who was previously a volunteer member of the chevra kadisha of Westchester County), I developed a curriculum for twelfth-grade students called “The Final Journey: How Judaism Dignifies the Passage,” which has been met with considerable success at the school. There are several lectures, with the inaugural one given by Rabbi Efrem Goldberg, rabbi of the Boca Raton Synagogue, on the relationship between the body and soul in Judaism. There are also videos, as well as a field trip to a funeral home. This interactive, hands-on curriculum makes the important work of the chevra kadisha known to the younger generation. They feel like they emerge from the experience more reflective, more spiritual and with a greater sense of the importance of community involvement.

I am often asked: Why do teenagers need to know about death and specifically, the Jewish rituals of death? I always say: Because when you understand the Jewish perspective on death, you live your life differently.

Leah R. Lightman is a freelance writer living in Lawrence, New York with her family.

Review of Hope, Not Fear: Changing the Way We View Death, by Elizabeth Kratz