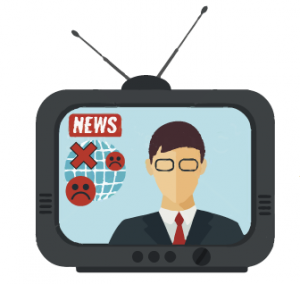 Why do Americans feel so bad when, by every meaningful measure, we have it so good?

That’s the question that troubles me every evening as I head home from work. As host of a daily radio talk show that reaches more than four million listeners across the country, I’m exposed to a steady stream of self-pity and complaint. Callers from every major city regularly insist that our country faces imminent collapse or destruction, suggesting that the current generation has been conspicuously cursed. They echo prominent voices in media and politics that cite the seething anger of the populace and argue that candidates like Trump or Sanders express the righteous wrath of the suffering public.

But what measures of national well-being provide evidence to support such perceptions of misery and wretchedness? Economically, unemployment is down and the stock market is up over the last five years, while record numbers of children of every ethnicity graduate from high school and participate in some form of higher education. America is close to achieving the long-cherished dream of energy independence, while our air and water are cleaner than at any time in a half-century—despite hysterical warnings about climate change. While some cities like Baltimore and St. Louis have seen recent spikes in violence, the national crime rate continues its long-term downward trend, saving literally hundreds of thousands of lives in the last thirty years. Divorce and abortion rates have declined steadily over the same period, and our children are far less likely to abuse dangerous drugs than they were a generation ago.

We know a great deal about our personal status from the intimate experience of living our lives, but we assess the welfare of the world around us through the distorted lens of mass media.

Public opinion polls reflect an odd schizophrenia in the national mood: while we see the state of the nation in grim and dire terms, most of us continue to feel optimistic about our own lives. We believe our health care system is in crisis, but those of us—like me—who have recently gone through hospitalizations, end up praising the competence and compassion of our physicians and medical institutions. By overwhelming margins, Americans express satisfaction in their marriages and children, and in the schools that educate those kids, at the same time that we deride the general state of family lives and education. Approval ratings for Congress as an institution have reached record lows, at the same time that we re-elect our own Congressmen with shocking regularity.

We seem to believe, in other words, that our fortunate personal realities constitute glaring exceptions to the general misfortune: our own spouses, doctors, schools, financial prospects and even elected representatives please us a great deal even while we lament the purportedly awful state of the society at large.

How to explain this irrational contradiction? We know a great deal about our personal status from the intimate experience of living our lives, but we assess the welfare of the world around us through the distorted lens of mass media. The messages from television, newspapers and especially the Internet mislead us in alarming and negative directions; the so-called “news business” has become a bad news business. When planes land on time or businesses make honest profit, no one will hear about it from mass media. In the event of a crash, in aviation or economics, it makes for blaring headlines and riveting reports.

I’m better able to handle the hype and hysteria of my daily work because of the twenty-five hours a week that I’m cut off from it—no TV, no e-mail, no phone calls, no radio.

As someone who makes a living by reporting and analyzing the news every day, I’m struck by the lack of perspective in media views of reality. Yes, every serious crime is shocking and regrettable, but isn’t it important to note that the chances of victimization are much lower than they have been in the past? Sure, our political campaigns seem nasty and polarized, but are they truly worse than the days when prominent politicians killed or wounded one another in duels, or when Americans fought the bloodiest war in our history over an irresolvable regional-political dispute?

I’ve argued on air and in writing that the best way to gain perspective on our present problems would be to incorporate some of the practices of Torah Judaism, even for those unable or unwilling to make a religious commitment. In particular, observing Shabbat allows us to place the demands and distractions of daily life into a more reasonable and reassuring context. I’m better able to handle the hype and hysteria of my daily work because of the twenty-five hours a week that I’m cut off from it—no TV, no e-mail, no phone calls, no radio. Without such intrusions and distractions, it’s far easier to enjoy the blessings of friends, family and community. 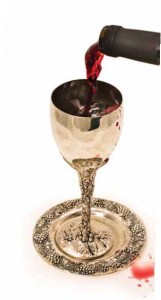 We can cherish the gift of focusing on our personal blessings rather than public predicaments. When we say Kiddush on Friday night and welcome the peace of Shabbat, we recall both the glory of Creation and the Exodus from Egypt—expressing gratitude for the wonderful world the Almighty has made for each of us, as well as experiencing reliable deliverance from the slavery of the work week with its storm and stress. We’re commanded to remember (zachor) Shabbat by celebrating it, at the same time that we guard (shamor) its sanctity from extraneous demands. We emphasize the all-important distinction between the urgent and the important. We live our crowded lives under the tyranny of the urgent, but Shabbat reminds us of realities and relationships—with family, with community and with God—that are lasting and meaningful.

Perhaps the prominent participation of American Jews in our top media institutions can someday play a role in reintroducing the perspective that the public presently lacks. An embrace of the most authentic practices and values of our people could help individual media figures, as well as the culture at large, escape from the trendy predilection for doom and destruction while expressing appropriate gratitude for the prodigious and distinctive blessings that we’re fortunate to share.

Michael Medved hosts a three-hour, nationally syndicated daily radio talk show heard on more than 300 stations across the country. His thirteenth book, God’s Hand On America, will be published in 2016.