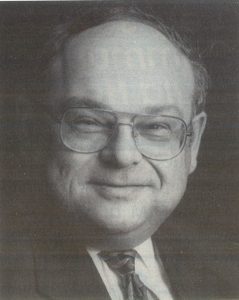 by Mandell I. Ganchrow, M.D.

Over the five years of my presidency, I have had the opportunity to visit approximately 45 American cities, most often to spend Shabbat as a scholar-in-residence at an OU-affiliated shul. It has been a quite exciting for me, but it is also frustrating to see the prevalence of false perceptions many people have regarding the Orthodox Union.

Here are some of the myths that I come across during my travels.  Let’s set the record straight.

Myth:  “I thought the Orthodox Union was only a kashrut organization.”

Fact:  The Orthodox Union was organized in 1898 as a synagogue body to unite Orthodox kehillot in America and help them withstand the pressures of assimilation.  The Orthodox Union’s symbol was not created until our first certification — given to Heinz on 26 products — in March, 1929.  Our Institute for Public Affairs is the successor of the Union’s early Community Relations Commission, which has always been the voice of Orthodoxy on matters of public policy for nearly a century.  In fact, in 1913 the Union’s sixth convention report summarized its purpose:  “To speak with authority in the name of Orthodox Judaism and to defend the rights of Orthodox Jews as citizens — it was also established to protest whenever necessary against ‘reform’ Judaism.”

Myth:  “The OU makes a zillion dollars a year from kashrut certifications, and it collects a percentage on every kosher product sold.  There’s no need for me to contribute to the Union.”

Fact:  Halavei!  The Union charges only an annual inspection fee per plant.  Kashrut is very labor intensive due to our high standards, and our record-keeping is highly complex.  The computer system for kashrut alone has cost us $l.5 million.  As a nonprofit organization, every single penny over and above expenses goes back to the community for kiruv [outreach] etc.  Fiscal responsibility demands that over 50% of our  projects are undertaken only with additional fund raised from the community.  Few people are aware that every officer of the OU — and especially Finance Board members (which includes bankers, lawyers, accountants, and financial planners) who are deeply involved in our budget considerations — contribute freely and handsomely from their own funds to the Union, for they realize the need and the efficacy of our work.

Myth:  “NCSY (National Conference of Synagogue Youth) is an independent organization, with no affiliation to the Orthodox Union.”

Fact:  NCSY, Yachad (for the developmentally disabled), and Our Way (for the deaf) are major divisions, 40,000 strong, within the Union. We spend $8 million a year on NCSY. Our Youth Commission, which is the lay board of NCSY,  is appointed by the president of the Union and all NCSY employees and expenses are paid by the Union.  As a world leader in Jewish youth outreach, NCSY is truly our crown jewel.

Myth:  “The Union should not be involved in politics.  Why do you bother to invite people and politicians that our community dislikes?”

Fact:  We are not involved in politics but public policy.  Our charter has always included the mandate to protect Orthodox individuals and the community.  No individual synagogue or even group of synagogues has the same capacity to be involved in as broad number of issues as a national organization.

Why do we meet with people whose viewpoints are at odds with Orthodox concerns?  By law, as a 5013(C) tax exempt institution, if we invite one candidate to discuss our issues we are required to do the same with the opposing candidate.  Moreover, meeting with public officials, candidates, and world leaders provides an opportunity to present them with the issues that are important to us, as well as hear their points of view.

Myth:  “The Union is too far to the right/left politically and/or religiously.”

Fact:  The Union is an umbrella organization representing close to 1,000  synagogues, with different constituencies in different parts of the country.  Even in one neighborhood, one OU congregation and rabbi may be more to the “right” on political or religious issues and another maybe equally far to the “left.”  They are all valued members and have a deserved place in this kehillah that we call the Union.  If each sub-group were to break away and form its own organization, the community would be in chaos and would  go back to the disunity of the 1898.

It is quite sad when the Orthodox Union is criticized by individuals who are not examining the facts.  For example, it has been claimed that the Union is not outspoken enough on behalf of Religious Zionism and on women’s issues.  But examination reveals a different story.

The Union advocates Religious Zionism on a myriad of levels:  Recent issues of Jewish Action have been devoted to the topic of Religious Zionism; a very high rate of NCSY alumni make aliyah because we teach aliyah and love of Medinat Yisrael; Orthodox Union synagogues incorporate the tefillah for the Medinah into their services every Shabbat.  All of our political action through the Institute for Public Affairs is dedicated to the support of Eretz Yisrael and Medinat Yisrael.  We are proud Religious Zionists and a proud Modern Orthodox Torah organization.

At our most recent national convention we scheduled informative sessions on women’s issues, and we have conducted highly successful women’s learning seminars throughout the year.  Several issues of Jewish Action, including the one just preceding this one, have discussed aspects of this topic.

Orthodox Jews are a minority within a minority population.  We cannot afford to destroy our unity by subdividing into numerous educational, lay and rabbinic organizations.  When differences occur, we must all focus on the many values we share.  Does it make sense to found a new institution or organization because of one area of disagreement?  If all the parties embroiled in a controversy agree on the broader basic tenets of the existing organization – Modern Orthodoxy, Religious Zionism, Tikkun Olam – room should be found to accommodate all members on individual issues within that framework.

As a democratic organization, the Union welcomes the input of all members on any issue of concern to them.  I encourage those who advocate change in the Union to speak up at board meetings and at conventions, or to contact me directly.  Your views will be heard and fairly discussed.  Working within the system will mean greater benefits for us all.  Myth:  “If the Orthodox Union really believed in unity, it would merge with the National Council of Young Israel.”

Fact:  The Orthodox Union has long advocated such a move.  In fact, 40 of the largest Young Israels are also members of the Orthodox Union.  If mergers work in the world of industry, why not unite the two Modern Orthodox synagogue organizations?

I have previously invited the Young Israel administration to sit down and talk to us about a merger that would not merely double, but would quadruple the strength and vitality of the Orthodoxy today.  I invite them once again to meet with us.

Myth:  “There is no real reason to join the Orthodox Union.  After all, what do we gain?”

Fact:  If synagogue members were approached to support a national vaad hakashrut which would provide the highest level of kosher supervision, over 300,000 products in 65 countries, knowing that every penny over and above expenses will be given back to the community for kiruv [outreach] work — all for only $10.00 per family, would you join?

I don’t imagine many would decline.  By joining the Orthodox Union, members support NCSY, Yachad, Our Way, the Institute for Public Affairs, the vast kehillah united by our Synagogue Services department; the OU website with its endless potential for worldwide outreach (www.ou.org – check it out); and Jewish Action, the very magazine you hold in your hands at this moment.  If each division of the Orthodox Union were operating independently, it would be a star in its field and be accepted and supported by a large community  What would it cost you to support each of these vital communal services if they were individual charities?

A recent Forbes magazine article describes General Electric as the best managed company in the United States and raises the question of whether the company would be even better if the large divisions were broken up into smaller, separate units.  The article concludes, however, that the success of G.E. is based upon the cooperation and interplay of each division with the others, and that its greatest resource is the competent and talented leadership of the overall organization.

As you may have noticed by the myths recounted above, the very diversity of the OU leads to misimpressions of who we are and what we’re all about.  In a way, it would be simpler for our constituents to understand this organization if we had but one, simple mission.  But we have grown past that point.  Our mounting responsibilities have resulted in programs that beget programs — a plethora of activities and services responding to the needs of the klal.

Like G.E., lehavdil, it is our devoted staff and the dedication of our leadership all working together under this big umbrella that allows us to function as one unit called the Orthodox Union.  Though the Union is no longer the simple organization it once was, it is easier than ever to keep aware of the changes occurring almost daily — through our web site, press releases, Leadership Briefing and our 18 specialized publications, or by calling the OU to find out about the initiatives of specific departments.  It’s time that everyone learn the truth..