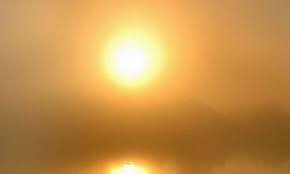 In the mikvah’s waiting room, I am engrossed as I watch my dear friend Jenna, clad in a long robe, face the rabbis who have overseen her geirut process. They ask:

Do you realize this step is irrevocable?

Do you believe the Torah, both Oral and Written, was given by God at Mount Sinai?

Is there anything that you have learned which you feel you are not capable of committing yourself to observe?

Jenna resolutely answers “yes” to the first two questions and “no” to the last one. They ask what she has chosen as her new name.

For years, Jenna had treasured the image of the Almighty who is The Light—and has been from the beginning of Creation. In the privacy of the mikvah room, she steps into the water as Jenna and rises as Ora, a new light in Israel. I am moved to tears by the drama of this transformative experience, humbled by her dedication and determination.

Ora and I became fast friends after meeting at shul four years earlier. She had decided that she wanted to become Jewish and moved into our neighborhood “to be taken seriously” by the Orthodox community. Even as a young child, Ora displayed the kind of tenacious questioning that revealed a Jewish neshamah. Born to non-practicing Christian parents, she asked her mother when she was seven years old to explain God and Heaven to her. “You make your own Heaven and you make your own Hell,” her mother told her. “The rest is up to you. Go figure it out for yourself.”

“I was outraged by her answer,” she recalls. “I knew it couldn’t be true.”

Craving religious direction, in high school Ora became a self-described “Bible thumper,” for a time involved in an evangelical Presbyterian church. Yet she regularly challenged the ministers: Why would anyone change God’s original law? If God wants us to pray to Him, why would we pray to someone else? At twenty-two, she broke her engagement to a Catholic man, unable to accept what she considered an idolatrous creed. By her mid-twenties, her written list of “problems” with Christian theology totaled fifty-eight. She stopped calling herself a Christian and began calling herself “God-focused.”

In a bookstore she discovered Rabbi Maurice Lamm’s book Becoming a Jew. “I started reading it . . . and tears started streaming down my face. I realized there was a whole group of people who believed as I did. I never even knew that was a possibility.” At twenty-nine, after more than twenty years of communicating with God in her own way, she finally found an address where she could connect with Him communally and more intensely. The first Orthodox rabbi she approached about conversion lessons turned her down flat. She knew to expect this, yet it still stung.

I have known many converts since choosing a Torah-observant lifestyle more than twenty-seven years ago, but Ora became part of our family, showing me up close the quiet determination and faith of an aspiring Jew. She became a “big sister” to my daughter, helping her with homework, talking to her for hours, doing craft projects with her. She shared with us many Shabbatot and holidays, stayed with the kids when my husband and I went away, helped me cook and lived with us for brief stints as she recovered from two foot surgeries.

I was struck by watching her daven. Her siddur was marked with dozens of tiny colorful sticky tabs indicating which tefillot were for weekday, Shabbat and yom tov. She studied assiduously in preparation for her weekly classes and told me about the halachot and hashkafot she was learning—many of which were new to me.

Ora and I both chose a Torah-centered life, but as a ba’alat teshuvah, I never had to prove my knowledge to become accepted in my community. Watching Ora’s path and occasional frustrations with the process, I gained renewed appreciation for the gifts of a Torah life, and understood better why the Torah repeatedly emphasizes the care and kindness we owe to geirim. They have earned their status in a way many born Jews have not.

After more than three years of study, a miscommunication about a meeting with the vaad overseeing her geirut prompted them to drop her from the program. Ora insisted on a meeting and brought letters of support from other rabbis. We were both nervous. Ora is normally very deferential to authority, but she told the vaad that they could not allow a technicality to keep them from converting her. “This is about my knowledge and sincerity [regarding] living a life of mitzvot. How much can one Jewish soul accomplish in a moment? How many missed opportunities are you going to allow to slip by as an eager Jewish soul waits?” Ora heard one of the rabbis gasp.

“But what about that cast on your foot?” he asked. “You can’t go into the mikvah with that!” Ora beamed brightly: “It’s Velcro!” Her geirut was completed two weeks later, right before Pesach.

Ora is married to an Orthodox rabbi and military chaplain, and they have three beautiful sons. Knowing Ora has not only enriched my life with a special friendship, but has helped me appreciate what it means to have been born a Jew.

Judy Gruen writes the Mirth and Meaning blog at www.judygruen.com. Her latest book is Till We Eat Again: A Second Helping (CreateSpace, 2012).