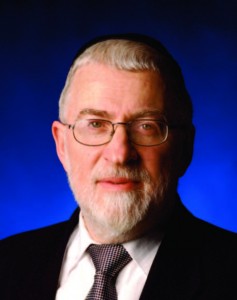 Rabbi Hershel Schachter is a rosh kollel in the Rabbi Isaac Elchanan Theological Seminary of Yeshiva University’s Marcos and Adina Katz Kollel, holds the institution’s Nathan and Vivian Fink Distinguished Professorial Chair in Talmud, and is a senior halachic consultant of OU Kosher.

Jewish Action: Can one still follow the piskei halachah of a fallen rabbi?

Rabbi Schachter: No. The pasuk in Navi (Malachi 2:7), as expounded by the gemara (Moed Katan 17a), says that a Torah teacher must be sinless and righteous like a malach (angel). According to the Torah, we only follow a rabbi’s ruling if he properly models Torah behavior. If he is a ba’al aveirah, if he knowingly violates Biblical or rabbinic laws, he is not qualified to teach and render halachic rulings. When members of the public become aware of his improper behavior, they may no longer rely on his judgment for any rulings, unless it can be verified that such rulings were rendered before the rabbi’s sinful conduct began. Since it is often not possible to ascertain when these rulings were rendered, one should ask another rabbi for a new pesak.

Although people use [Marcus] Jastrow’s [Aramaic] dictionary [for Talmudic and Midrashic terminology], and I was told that Jastrow was not Orthodox, that is different because that is an issue of translation, not pesak (halachic adjudication). For a pesak, a rabbi needs to consider all issues before him, and weigh and evaluate them. It is very different than mere translation. To issue halachic rulings, one must be part of the chachmei haMesorah (Torah scholars who follow the Torah’s traditions). A rabbi who sins, especially if he commits a crime, is certainly not in this category.

JA: What does one do with the sefarim written by such a rabbi?

RS: They should not be used. Since his sefarim include his ideas and rulings, they fit into the prohibition against studying Torah from someone who is unfit due to his improper behavior. Any time someone writes a sefer, he fleshes out and resolves apparently contradictory passages. This is called being machria—providing one’s own resolutions in Torah study. The type of person we are discussing is not qualified to be machria and, therefore, his sefarim cannot be used. If it can be verified that the sefarim and the halachic rulings were issued before this person’s sinful behavior began, only then can they be relied upon and quoted.

JA: Can we/should we continue to cite divrei Torah in his name?

RS: We are not allowed to do so. The gemara (Avodah Zarah 35b) says that if a rabbi violates halachah, one cannot say divrei Torah in his name. The statements found in the Talmud in the name of Elisha Ben Abuya were made when he was still committed to Torah observance and belief (see Tosafot, Sotah 12b). If it would appear that the books and articles of the fallen rabbi were written before he began his sinful behavior, they may be used.

5 1 vote
Article Rating
This article was featured in the Summer 2015 issue of Jewish Action.