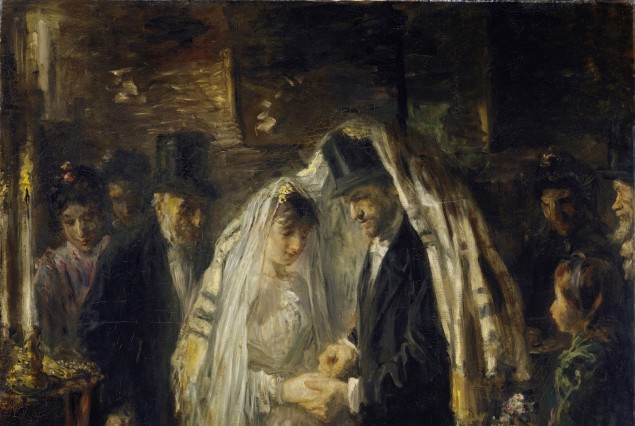 A few months ago, Jessica, a thirty-year-old woman,1 called the offices of the Beth Din of America. She said she was getting married in one month at a destination wedding in Italy. The Orthodox rabbi whom Jessica had approached about officiating would only agree to do so if Jessica could obtain a get from her first husband, Barry. Jessica is a non-observant woman drawn to tradition (her first marriage was also performed by an Orthodox rabbi). When Barry declined to give her a get at the time of their civil divorce three years earlier, Jessica simply dropped the subject.

But now she needed one, so she called our office to see if we could help. Jessica remembered that, at the insistence of the rabbi who performed her first wedding, she and Barry had signed the halachic prenuptial agreement promulgated by the Rabbinical Council of America and Beth Din of America. That agreement creates a legally enforceable support obligation, at the rate of $150 per day, for as long as the couple is married as a matter of Jewish law. Its purpose is to provide an incentive for the timely issuance of a get. Following our standard protocol, we sent a hazmanah (lit. invitation) to Barry, a gently worded letter stressing an ex-spouse’s moral obligation to participate in the get process, and attached a copy of the prenup he and Jessica had signed.

Barry called me up two days before the deadline to respond to the hazmanah, obviously agitated by the request. Their divorce had been a messy affair, and this man was in no mood to help out the woman he claimed had caused him so much trouble. Barry said he knew Jessica was getting married in ten days. He would give her the get, but he was in retail and this was his busy season. He also needed to check with his lawyer, and he didn’t like that we were rushing him, and he had signed the prenup under duress (Jessica’s chosen rabbi wouldn’t marry them unless he signed it, and he had no choice, Barry argued), so he needed a few weeks to come to terms with all this.

Obtaining a get from a reluctant husband is a long game, and ten days is an overly ambitious goal. Jessica’s wedding planning didn’t stop. She would be tying the knot with or without the participation of the Orthodox rabbi she preferred.

On the phone with Barry, I realized that if we were going to succeed in arranging a get within the next few days this was probably my only chance. I have had dozens of these conversations about the prenup with divorcing spouses over the years, but this case needed a quicker resolution than usual.

“I’m going to be frank with you,” I said. “You signed a prenup that is going to withstand the legal challenges you think are going to work. You can litigate this in beit din arbitration and in court, but it’s going to cost you money to do so, and you are going to lose and will have to pay Jessica even more money. We will visit you at a location of your choice—your office, a library, wherever you want—and it will take fifteen minutes of your time to authorize a get, and then you won’t be bothered with this, because you have better things to do with your time. It’s your choice, but you need to let me know within the next few days.”

He called me one hour later. “I spoke to my friend who is a lawyer, and he told me to just do it. I’ll give the get on Monday,” he said.

The scribe, a second witness and I met Barry at the main branch of the New York Public Library in Manhattan on Monday morning at 11:00, and he verbally authorized the get to be written, signed and delivered to Jessica. On the way back from picking up her wedding dress on Wednesday afternoon, Jessica stopped by our office and received her get.2

Divorce is complicated, and there is often a lot about a given situation that we don’t know. But a few things are patently apparent in this case. Barry wasn’t keen on giving a get, and for three years following their civil divorce Barry and Jessica had continued their separate lives without one. Jessica preferred an Orthodox ceremony, but she hadn’t called off her wedding when she found herself without a get with ten days to go. And without a prenup, it is likely that Barry and Jessica would still not have a get today.

In publicizing the importance of the prenup we usually focus on the concern that a get will be withheld to obtain improper negotiation leverage or for extortion or for spite. The bein adam lachaveiro (interpersonal ethical) argument for a prenup is strong: even divorcing spouses must treat one another with at least a minimal level of decency, and fairness should dictate the outcome of divorce negotiations. But there is a bein adam laMakom (Divine moral) argument for the prenup that is often overlooked, and which ought to be part of the calculus when we contemplate issues of halachic pesak and Torah-based communal policy. Rampant non-observance, sky-high divorce rates and extremely limited rabbinical power to ensure halachic (Jewish law) compliance all combine to create a situation rife for indifference to the Torah’s laws governing marital relationships. Halachic prenups are a necessary tool for restoring the power of batei din to ensure the proper dissolution of failed marriages with a get.

Jessica’s story demonstrates that in some cases get recalcitrance might result in outright marital infidelity and, Heaven forbid, mamzeirut. Chazal teach us that a singular way to achieve kedushah—holiness—is by enacting safeguards that protect against societal promiscuity.3 Any halachically sanctioned document that removes friction from the get process is something that should command our serious consideration.

Notes
1. Identifying details have been changed to protect confidentiality.

2. Marrying within a few days after the issuance of a get raises the issue of havchana, the mandatory ninety-day waiting period between a woman’s receipt of a get and her remarriage. See Shulchan Aruch, Even haEzer, Siman 13. But see also Rabbi Yosef Henkin, Teshuvot Ibra, no. 79.

3. “Wherever you find a fence protecting from promiscuity, you find holiness” (Vayikra Rabba 24, 6).