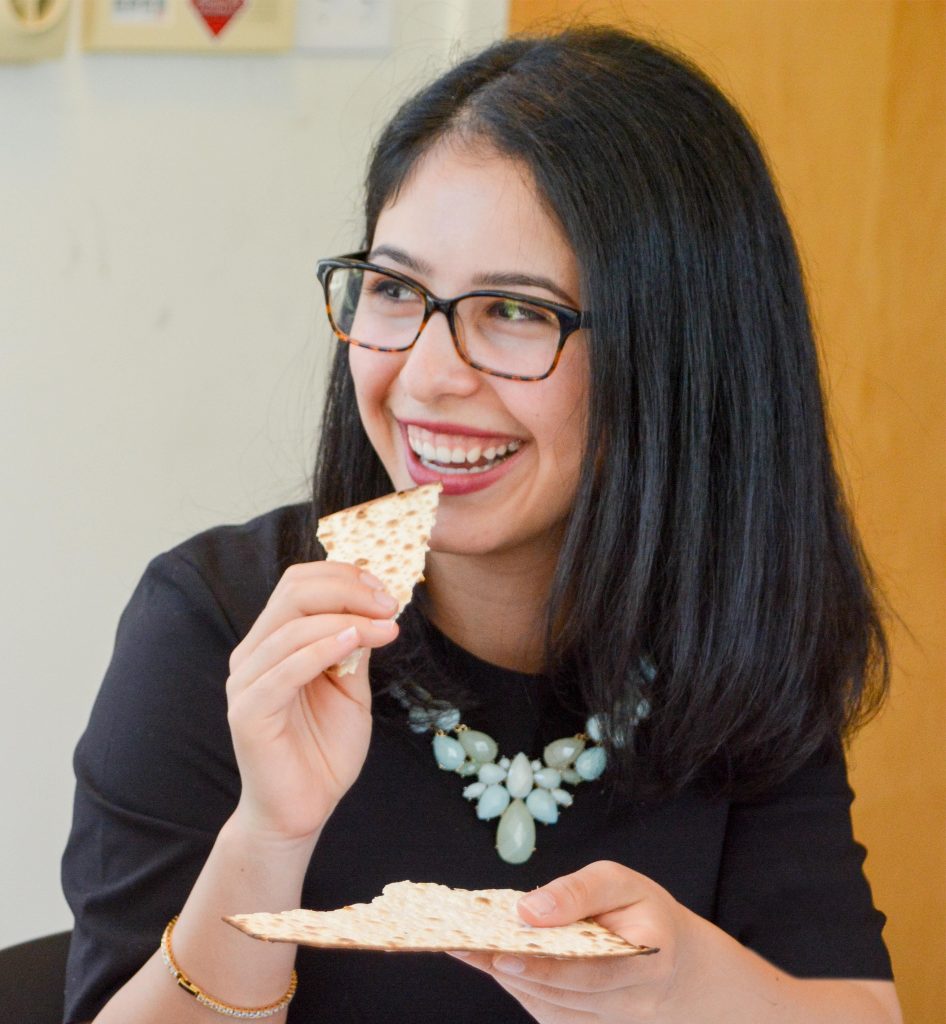 Getting and keeping the attention of people of any age during a Seder, a meal with a surfeit of readings and rituals that can stretch over several hours, is always difficult. But it is particularly challenging for teenagers and young adults at the table.

Boys and girls of high school and college age typically have short attention spans, and the time spent engaging with Facebook, YouTube and other immediate-gratification applications shortens their attention spans even more. Today’s Seder leader is faced with the somewhat daunting task of engaging young peoples’ attention through verbal, tactile and other non-electronic means.

Below is some Seder advice from teens, college students and educators familiar with the ways of Generation Z:

Make the youth your Seder priority. Spend more time with them that night than with the adults. If the youngsters enjoy the Seder, so will their parents and other adults.

Do your homework. Teens are not monolithic. If someone in the thirteen-to-nineteen age group will be at your Seder table, find out about his personality and interests and gear part of the Seder’s content and approach to him. Relate the evening’s themes to topics that interest the teen, whether that’s sports, entertainment or some other au courant topic. Prepare questions that link the teen’s interests to something in the Haggadah.

Let them sit together. While parents may prefer to have their teenage children sit with the rest of the family, teens often prefer to sit with their peers, whom they may not see often outside of school. The year I led a Seder for a secular Jewish community in rural New Hampshire, fifteen children—mostly teens—sat at a separate kids table to great success. They enjoyed each other’s company and were more engaged in the proceedings because of it.

Let them wander. Some parents find it useful to let their bored youngsters step away from a Shabbat table; a Seder is even longer. If teens take a break from the proceedings, they’re likely to come back energized.

Keep it short. All-nighters might be okay for last-minute study sessions, but few folks— especially teens and young adults—like it at the Seder. After midnight, their attention is sure to flag.

Minimize the reading. Instead, maximize the summaries, explanations and questions. “Teens like to discuss,” says sixteen-year-old Gideon Fox who attends a Jewish high school in New Jersey. “They want to contribute,” beyond taking part in around-the-table reading. So give out assignments! Judaica.com’s JLiving blog advises giving teens “turns running the Seder.” When they can lead parts of the Seder, “it will be much more meaningful, memorable and fun.”

Ask teens how they would communicate the message of freedom “in a way that people will respond . . . What #hashtag would you use? What would your 140-character message be?”

Surprise your teens. Julie Wittert of Kew Gardens Hills in Queens, New York fondly remembers a Seder she attended where the leader made hieroglyphic ID tags for each teen. The tags in the language of ancient Egypt made each teen feel special.

Present a question on the first night to be answered the second night. Ask a probing question like, “What would you pack if you had to leave your home on a moment’s notice with just the space of a small backpack?” This question makes the Exodus experience personal and is always applicable, particularly in a year when natural disasters like floods or hurricanes dominate the news. Everyone’s seen images of families forced to make such decisions. The question allows everyone to express their personality and priorities, and can offer insight into how the teen at your table thinks.

Don’t ignore the second half of the Seder. The late-night, post-meal part with few Pesach-specific readings or rituals can tend to be a rush job. That’s a mistake. Plan some creative activities or thought-provoking questions that will leave good memories and a warm feeling in the participants’ minds.

Don’t overlook the second Seder. It’s not just an obligation for Jews in the Diaspora, a carbon copy of the first-night Seder. The second Seder is a chance to innovate, to use a different style, maybe a different Haggadah. It’s an opportunity to dedicate the night to the kids, teens included.

Use modern music. Jody Dickter, a veteran teacher from West Hempstead, New York who has raised three teenagers, has found it effective to let teens lead the singing of the traditional Seder songs to melodies of
their generation.

Be creative. Jewish educator Ruth Schapira suggests linking social media to Pesach by asking teens how they would communicate the message of freedom “in a way that people will respond. Think of Facebook, Instagram and Twitter. What #hashtag would you use? What would your 140-character message be?”

Steve Lipman, a staff writer at the New York Jewish Week, is writing a Haggadah/leader’s guide to the Seder based on his fifteen years of experience as a volunteer Seder leader in small Jewish communities, mostly in formerly Communist countries.

Get Them Talking! Everyone has something to offer, and that will make them feel that they belong. Leverage this at Mah Nishtanah by having guests ask one of the questions in any language they know (including sign language!). This way they are contributing something unique to the Seder.

Spread the Wealth. Not every devar Torah has to be on Maggid! There is plenty to talk about after the meal and people tend to be more engaged when their stomachs are full.

Include Everyone/Reach Out. Pouring wine, passing out karpas and opening the door for Eliyahu can be comfortable honors for the uninitiated when framed correctly.

Use Props. Things to look at, touch and feel engage all the senses and provide stimulation for all different types of learners. The Seder plate components, shtick for the makkot, even making a big deal of pouring wine for your neighbor are all ways to teach outside of the text.

Sharona Kaplan is an OU-JLIC educator at UCLA and a member of OU-JLIC’s senior management team. She and her husband, Rabbi Aryeh Kaplan, have run communal Seders at UCLA for twelve years.

5 1 vote
Article Rating
This article was featured in the Spring 2018 issue of Jewish Action.