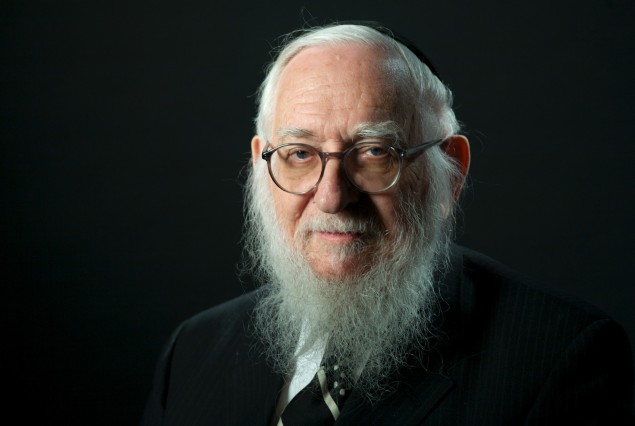 “Shkiah” is the Talmudic term used to describe sunset. There is much controversy surrounding the definition of this period of time, and much ink has been spilled explaining the various debates, nuances and opinions. One of the works surrounding this topic, the Mnach Yoma, was authored by Rabbi Emmanuel Gettinger, my predecessor as rabbi of the Young Israel of the West Side in Manhattan. Rabbi Gettinger wrote this manuscript about thirty-five years ago, when he took a Sabbatical from the shul. He merited publishing it only much more recently.

I still vividly recall the first time I casually mentioned the term “shkiah” in his presence. He looked at me quizzically and said, “Shkiah! What is shkiah?” I can still hear his voice ringing in my ear. It was a trick question and an opening to discuss his favorite topic. This exchange happened numerous times over our years together.

I met the revered (and famed) Rabbi Gettinger toward the shkiah of his life. He had already reached the stage of “gevuros” (eighty years), as he liked to refer to it. He had completed Shas at the tender age of seventeen—one can only imagine how much I missed in only meeting him when he was in his early eighties. In truth, I walked away from our first meeting thinking he was going on fifty. He was razor-sharp, spry and incredibly perceptive. I wished him well, but honestly was discouraged, as I never thought I would have the chance at Young Israel to lead my own shul.

Rabbi Joseph B. Soloveitchik, zt”l, commented that “bein hashmashot,” the twilight period between sunset and nightfall, is a combination period comprised of aspects of both day and night. Conceptually, he argued, it was defined as a new entity, distinct from both periods, not really day or night. It embodies a new, unfamiliar reality that raises various intricacies in Jewish law.

Sadly, at the Young Israel of the West Side, the last few years have been “bein hashmashot.” Rabbi Gettinger has been very much still with us, but in reality, not with us at all. It wasn’t the daytime, when he led Young Israel for sixty years, but thankfully not the absolute darkness of nighttime either, as he slowly recovered in Chicago from a serious stroke. It amazes me how the essence of a person can be so imbedded within the walls of an institution. He is nowhere, and at the same time, everywhere. To this day, when certain people refer to the “rabbi,” I need to double-check and clarify if they mean him or me.

My initial years at Young Israel as his associate rabbi were another “bein hashmashot” of sorts. We overlapped and shared rabbinical duties. At first, Rabbi Gettinger spoke on Yom Kippur, gave the big Shabbat Shuvah and Shabbat HaGadol derashot, was makri on Rosh Hashanah and performed mechirat chametz for the kehillah. He also remained the posek for the shul, and I often had to explain his unique halachic views to a young kehillah that didn’t always understand his approach. It was a tricky period for me. I was in my mid-thirties and felt mature enough to handle my own kehillah, and yet I was still second-in-command to someone who was very much in command.

Rabbi Gettinger, a prime and early disciple of Rabbi Yitzchak Hutner, zt”l, of Yeshiva Rabbi Chaim Berlin, very much demanded kavod haTorah. He was strict in its applications and demanded it of everybody, from great scholars to the simplest balabus. He wasn’t interested in hearing about new ways of doing things or what the younger generation wanted or expected of the shul. He knew what was right and he didn’t feel the need to explain himself. He also demanded that I, as a (young) rav, demand kavod haTorah as well. When I would call his home and introduce myself as “Dovid Cohen” to either him or his indomitable, illustrious Rebbetzin Rochel Gettinger—who also mastered Shas, by the way—they would immediately respond with “hello Rabbi Cohen.”

It took only my second week at work to receive my first (of many!) firm rebukes from him. We used to learn b’chavruta in my initial year, and the sessions were fascinating. The stylistic clash between my yeshivah training and his more scholarly approach was something to behold. The sessions went on for hours, until frankly, the demands on my time precluded continuing. Early on in my tenure, Rabbi Gettinger used a verse we were learning together to scold me and remind me about which topics are better left unaddressed in a public forum. I was a little scared of his ire, and it didn’t help that the young congregants enjoyed seeing me figuratively squirm next to a small figure of towering stature and see if I was up to the challenge.

The first three years were difficult. At one point, I even tried to leave. I began every public address with “b’rishut harav,” and although respectful and appropriate, it made it difficult to escape Rabbi Gettinger’s lofty shadow.

Eventually, however, something shifted in a positive way. I don’t know exactly when it happened, but I began to really gain Rabbi Gettinger’s trust. He slowly began to relinquish his hold on shul matters, and there was a marked shift in his attitude toward me.

As time went on, I really enjoyed spending time with Rabbi Gettinger—schmoozing, hearing about how things used to be at Young Israel. He would always ask about my family and my parents. He loved my kids, and my kids adored him. He would show my Meir his telescope and would listen to my Anaelle repeat the entire Purim story. When I would ask Anaelle who is her favorite rabbi, she’d always respond “Rabbi Gettinger.” Thankfully, her Abba was always a close second.

I began to change as well. Rather than view Rabbi Gettinger as an obstacle to my success, I began to appreciate the privilege I had to learn from a giant of a man. I had a very unique perspective indeed. I had the zechut to be so close to a man who had touched the greatness of Rabbi Yosef Eliyahu Henkin, zt”l, Rabbi Hutner, zt”l, and Rabbi Gettinger’s own father-in-law, Rabbi Naftali Riff, zt”l. Rabbi Gettinger was from a different generation, and yet was so much a part of ours. I had a very unique view and role that nobody else was privy to nor could totally understand.

Rabbi Gettinger wasn’t a schmoozer. In my mind—and maybe to others—he was a rosh yeshivah trapped as a pulpit rabbi. He always enjoyed telling me the story of how Rabbi Moshe Feinstein, zt”l, the posek hador, was called “Rosh Yeshivah” and how Rabbi Joseph B. Soloveitchik, who was a classic rosh yeshivah, was called “The Rav.”

Rosh yeshivah and shul rav are different roles and require different skill sets—and sometimes the role or title fails to adequately describe the individual. Being a shul rav wasn’t always the grandest fit for Rabbi Gettinger, who sometimes had to deal with people way beneath his lofty level in both halachic observance and in Torah scholarship. My recent recollections of him are of warm embraces and even (once!) a kiss on the cheek, but I know he wasn’t always this tender, at least not in the shul. He was warm and welcoming if you pursued him, but he wasn’t today’s glad-handing rabbi at the kiddush.

Rabbi Gettinger really was “bein hashmashot” incarnate. He fit comfortably into two worlds—Yeshivish and Modern Orthodox—and yet he didn’t really fit into either. He attended Columbia University and had advanced degrees in mathematics and engineering, and did kiruv way before most modern-day college campus outreach organizations were around. His devotion to and reverence for his rebbetzin were exemplary. In fact, the earliest and sternest piece of advice he gave me was to invest money to ensure my rebbetzin had adequate household help in her new role.

Rabbi Gettinger was computer savvy and used technology very effectively for a man of his age, yet he was also the quintessential “ish hatefillah.” He could be quiet and still, and he could be engaged and vociferous. To watch him daven so slowly and carefully, reciting each and every word, was something to behold. He also loved to recite Sefer Tehillim. Rabbi Gettinger was an amalgamation of different time periods in history and different currents of Orthodoxy.

It fascinates me how different institutions end Shabbat at different times on the Upper West Side of Manhattan. People are always in a hurry to get somewhere and often choose the “early times” for Maariv. As Rabbi Gettinger’s magnum opus was elucidating the opinion of Rabbeinu Tam, he was never in a rush to end Shabbat. This devotion to Rabbeinu Tam’s view, or at least his novel interpretation of it, beautifully describes how we at Young Israel have felt recently: a yearning to hold on to Rabbi Gettinger for just a little bit longer, and to hold on to the sanctity, reflected in the Shabbat that he so embodied.

Our spiritual guide, the mentor of so many for so long, represents to us kedushah, being apart, but also being together with us, providing illumination and light. We miss Rabbi Gettinger’s indomitable presence and prayed that he wouldn’t take leave of us. Sadly, this Purim he did take leave of us. The sun has set and he has transitioned to the world that is all light and no darkness, a world that is totally Shabbat. May his memory be a blessing to us and all of Klal Yisrael.

Rabbi Dovid M. Cohen, Esq., MSc, is rabbi of the Young Israel of the West Side in Manhattan.